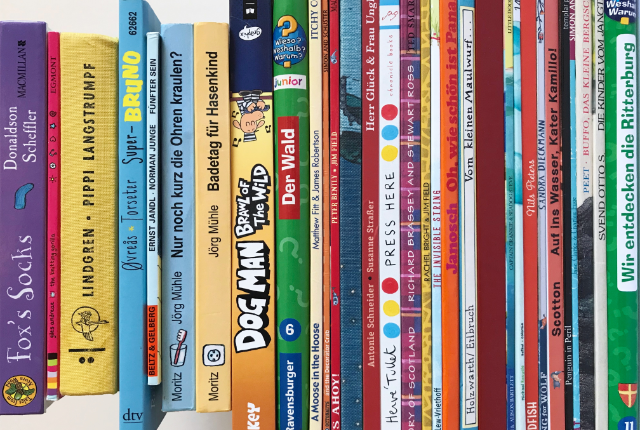 As I mentioned in my previous post from earlier this year, I decided that this year I would record all the books my 5 year old and I read together. I’ve been snapping a quick picture of all the books from each day, and collecting them in an album over on my blog’s Facebook page. Here’s our pile of books from our fifth month: 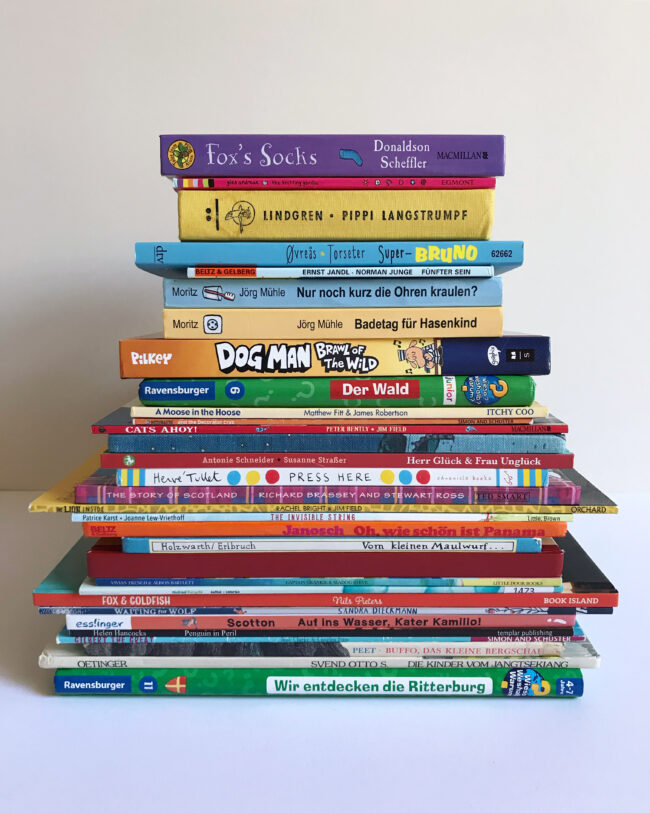 In May we read a total of 31 different books, which is our second lowest monthly book count so far this year, but up from last month. Similar to last month, I’ve been doing fewer bedtimes as I’m catching up on my work a lot in the evenings and also my youngest was ill yet again so there were a couple of nights he fell asleep before we had read together. As in previous months, picture books made up the largest proportion of our reads, and I’m really pleased that we continue to make progress in including more German books in our reading – out of the 31 books we read, 16 were in English and 15 were in German!

*These books are also available in English.