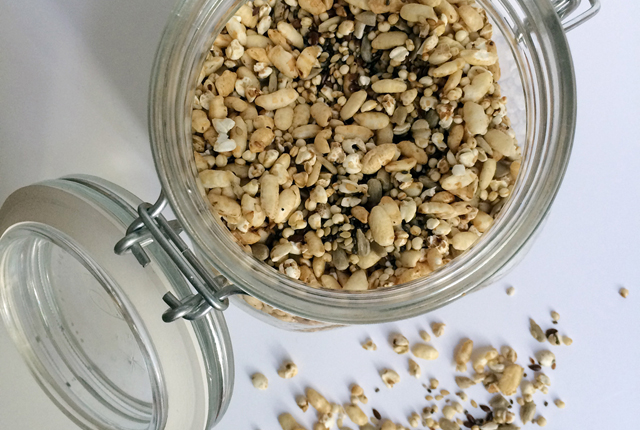 It’s National Cereal Day today, believe it or not, so what better excuse to share another of our favourite breakfast recipes with you! As you can probably guess, it’s a recipe for a breakfast cereal. Being a Scottish family, we are all pretty much porridge fanatics in our house, but we do like to mix it up once in a while, and when we do I prefer to make it myself because then I know it’s both safe for me to eat in terms of being wheat free (without paying a fortune for gluten free cereals in from a specialist shop), and also not laden with refined sugar or added salt. So when I came across a recipe for peanut cereal puffs on the @arthur_eats Instagram feed, I just had to give it a try. I played around with the quantities a little, until we had a mix we were all happy with – the kids prefer more of the bigger seeds and puffs – and I also left out the peanut, as I found the plain flavour to be more versatile in terms of mixing it in with other things. So, here is my version… I couldn’t tell you how long this will keep, as it never lasts longer than two weeks maximum in our house. I tend to make it in small batches, as it tastes better when fresh. We like it most sprinkled on top of plain yoghurt, together with berries or fruit such as mango. But I have also caught the kids just munching handfuls straight from the jar! They call them ‘Puffies’, by the way, so that’s what they are from now on. 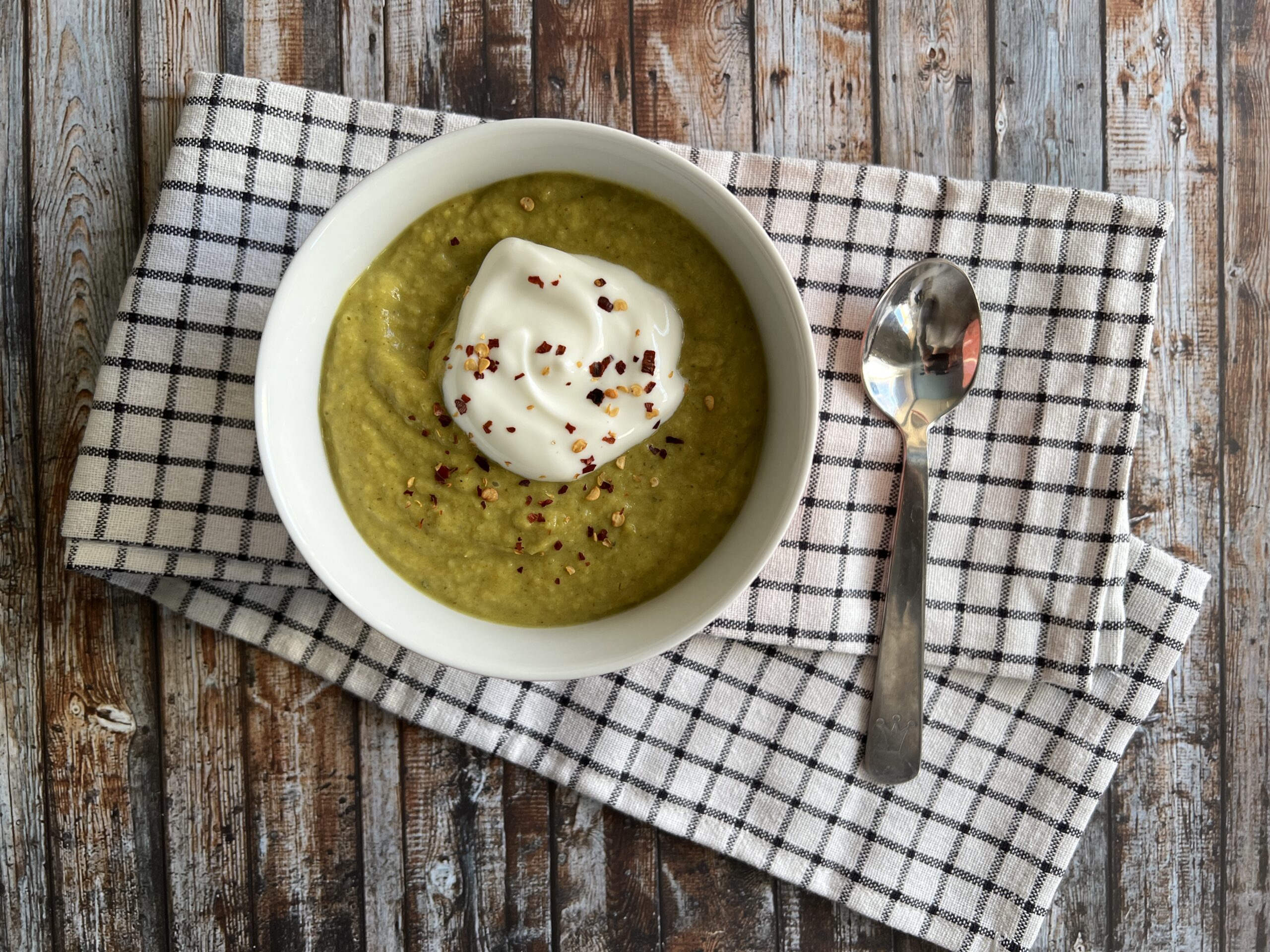