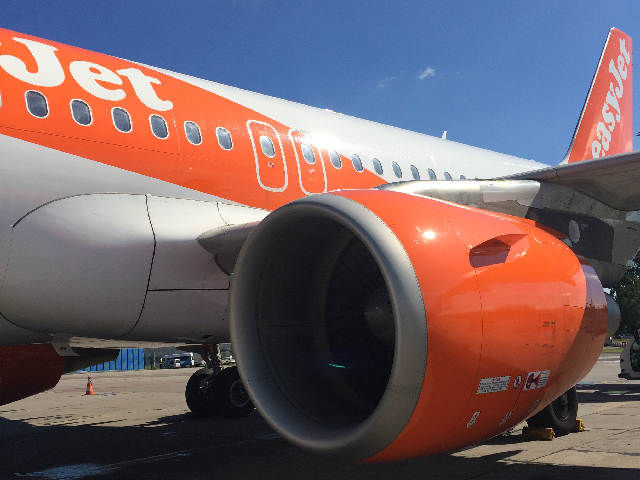 Thoughts on…travelling solo with my kids I’ve travelled alone with my kids many times before. The first time, was when we moved to Berlin. The husband had gone ahead of us six weeks before, and I had to make my own way with a baby, a stroller, a travel cot, two bags and hand luggage. A good friend of mine accompanied us to the airport, helped me check in, and delivered us to security. From there I just had to make it to the gate, and then the husband picked us up at the other end and took care of all the carrying.

I flew back over to Scotland with my son a couple of times on my own. Each time, the husband delivered us to the airport, and we stayed with a friend who had moved in to our old apartment. So I just had to navigate our way from Edinburgh airport to her house, which involved a bus and a taxi that together took us almost door to door. Having less luggage than on our big move was definitely helpful – only one bag, and no travel cot or stroller, both of which we borrowed from neighbours at the other end. Nevertheless, I still remember dragging a crying two year old from the bus stop to the taxi stand – the airport bus had been caught in traffic and taken forever, he had fallen asleep, he was tired and emotional and the last thing he wanted to do was walk a few hundred metres. But I would have needed both hands to carry him, as well as a hand to carry our bag. Well, you do the maths. Once we arrived though, things were easy. We were in a familiar environment, everything we needed was waiting for us, and my son was generally a very chilled out toddler, so travelling with him felt like a breeze most of the time.

There have also been a couple of train journeys. Most notably, what should have been a two hour ride with one change along the way, to visit my sister in rural Saxony. Except that some drunken lads got off the train just outside of Berlin, as it was waiting at a signal, on to the tracks, and they had to close the line. This was followed by much waiting, train diversions, several additional changes God knows where, overcrowded replacement trains, and finally arriving at our destination about three hours late. Despite the poor and at times non existent phone reception, I managed to communicate all this to my sister, who was there to meet us and usher one frazzled mama and one exhausted toddler home to a nice cup of tea and a nap on the fluffy sofa bed.

Then I had two children. I have travelled with both of them on my own several times too. Always by train, always to my parents’ house. It’s a four hour direct journey – the husband loads us on to the train at one end with all our kit and caboodle, and my parents collect us at the other. The train rides themselves have mostly not been too stressful. We’ve always been lucky to get a space in the family cabin, where you can shut the door and not have to chase kids down the length of a carriage all the time, and most of the time there are other kids in the carriage to play with too. And my first son has gotten even easier to travel with, the older he gets. A comic book, some colouring things, and a few snacks and he is happy. The only tricky thing I found, was accompanying him to toilet – what to do with the little one? Thankfully the family carriage has space to keep your stroller unfolded, and there’s usually a toilet right next door, so I would leave him in the stroller and best case scenario the toilet breaks coincided with him sleeping, worst case he cried for a couple of minutes.

So, a couple of weeks ago, in some crazy moment of spontaneity, I booked a six night trip to Scotland with both boys. The husband has to work so he can’t come with us, and since it’s an afternoon flight we will also need to make our own way to the airport. We will be flying in to Edinburgh, take a bus in to town, then hop straight on to a train to Dundee to visit a friend – or Auntie S to the kids – for three nights. Then take the train back down to Edinburgh for another three nights in a hotel. We leave tomorrow, and looking over at the pile of stuff waiting to be squeezed in to one bag, we may as well be emigrating. My youngest is much messier than his brother ever was, so travelling with him requires twice as many changes of clothes. We have enough snacks to survive Armageddon. My eldest and I have had a run through of logistics – he’ll pull his Trunky, I will carry the large carry-on backpack on my back, the small backpack we use at a changing bag will hang off the handles of the stroller. I will push the stroller with one hand and pull our big bag with the other. Once we need to hand over the stroller at the gate, he will carry the changing bag on his back and I will carry the toddler. All seems like a good plan. It’s bound to go wrong. And, unlike my older boy, my younger one has gotten more difficult to travel with. He’s a defiant daredevil. ‘No’ does not feature in his vocabulary. And he thinks running away is hilarious. He also fights being strapped in on my lap, any time we have flown in the past, and tends to make his displeasure known by angry screams. Yes, we are usually *that* family on the plane. Wish me luck!