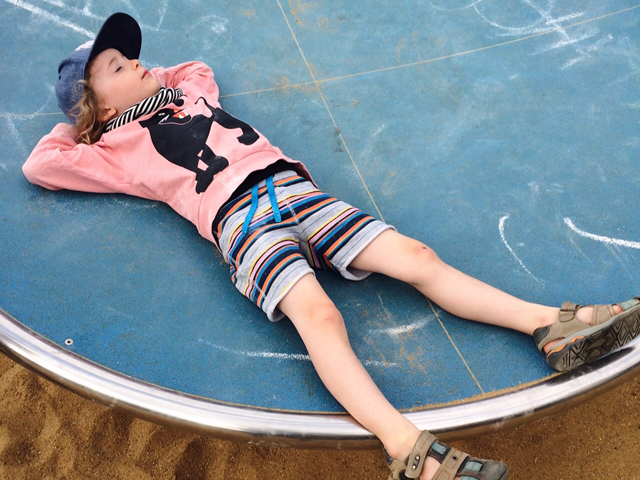 So, I’m back from my summer vacation. With one kid less than I started out with. *Spoiler Alert* EVERYTHING IS FINE! My older son just decided that since he is a big boy now – he’s graduated from nursery and will be starting school shortly, after all – he wanted to stay at his grandparents on his own for the rest of the week! I’ve been away from my kids plenty of times before. A week in Armenia, a couple of days in Madrid, a weekend in Amsterdam…my work has taken me all over the place, and I’ve never had a problem being separated from them. But this time it feels different. Because I’m the one who is staying at home, and he is the one away. My little baby, all grown up! When I’ve been travelling around on my own, I’ve always had a busy itinerary to keep me occupied. Meetings to attend, museums to visit, people to catch up with. Sometimes there would be a phone or Skype call home, if the schedule and technology allowed, sometimes not. The kids would always be at home with their dad, or one of the grandparents who had come to lend a hand, in their familiar surroundings with their familiar routines. Of course, they would miss mummy – and I would miss them, don’t get me wrong – but everything else was as it always was for them, and I didn’t have to worry.

Now I’ve left my big boy several hundred miles away. I’m the one at home, following our daily routines, but something is missing. Is this what it feels like for them when I go away? There’s the mid afternoon panic, when you suddenly think “Oh no! I’ve forgotten to pick up my kid!”, then realise you don’t have to. Or wondering what to make for dinner that everyone is going to like, them remembering you have one less person to consider. And what if he changes his mind, and wants to come home early. It’s too far away, he’d have to sit it out until the weekend as planned. Granted, it wouldn’t be the end of the world, he would survive, but wouldn’t I feel ever so guilty?

After dinner on his first day away, we had a Skype call. His little brother kissed the screen when he saw him. I think he’s the one suffering the most. He became his big brother’s shadow during the holidays, and was noticeably confused when we boarded the train without him. He kept calling out for him the whole journey home, looking over, behind and under the seats. Poor kid. Anyway, back to the other kid. So, apparently they went to the shops and he said “Can we buy something that mummy would say no to if she was here?” Yeah, right, totally missing me. Not. Then around bed time, my phone suddenly rings. It’s my mum. “Jetzt haben wir den Salat”, she says. Which literally translates to “Now we have the salad”, but actually means as much as “Now we’re in a mess, as to be expected”. My heart sank. My son was having a meltdown. His first night away from home. Too much, too soon. “How do you work this thing again?” she continued. It took a few moments for my brain to catch up with what she was talking about. Then it clicked. The iPod I had left behind. With the bedtime stories on it. I talked her through how to navigate it once more, and after a quick “Good night, mum, bye!” they were gone again. Another milestone mastered. I guess we’ll see them on Friday. Edit: The next morning, a postcard arrived. It read: “Dear Mum and Dad, I have a new water pistol. It can shoot three streams of water at once! See you in Berlin.” Yeah, totally missing us. Lol.