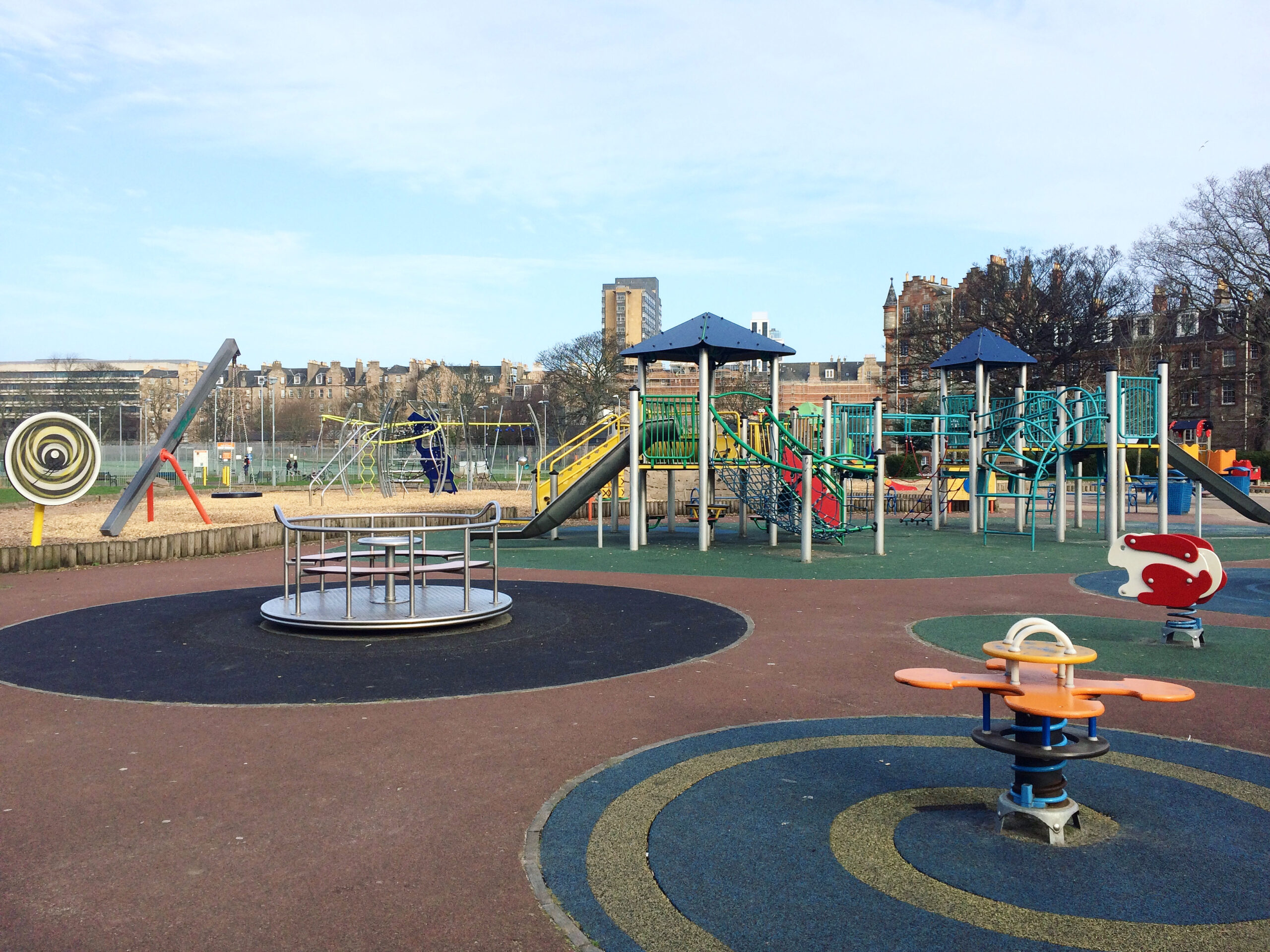 {Edinburgh} Fun for all ages at East Meadows Playpark

It’s time to introduce you to our favourite Edinburgh playground of all time. Officially it’s called the Magnet Playarea, but I’ve never heard anyone call it that. I’ve more commonly heard it referred to as East Meadow Playpark, or when people say “the playpark/ playground in the Meadows” they usually mean this one, even though there’s more than one. Sometimes they qualify it with “the big playpark/ playground in the Meadows” because the other ones are smaller. Anyway, whatever you want to call it, this is one humdinger of a playground. According to Edinburgh Council’s website, the playground has “40 individual items of play and 4877m square of pure fun”. There are several multi-play units in different zones, including a zone specifically aimed at toddlers, as well as individual pieces of play equipment. There are swings for different abilities, slides, roundabout, spring boards, climbing nets and walls, see-saws, a sand play area, a zip line and more!

This playground truly has something to offer for all ages, and you’ll almost always find it busy. It’s fenced in, with access points on three sides including a ‘secret’ tunnel entrance in the hedge for kids to crawl through. The ground coverage is a mix of rubber, wood chip and sand. There’s plenty of seating and picnic tables too, a kiosk selling refreshments, and in peak times during fair weather there’s usually an ice cream van parked up (it was there in winter too, selling coffees). Opposite the east entrance to the playground, there’s a block of public toilets.

If you’re looking for a playground to head to in the city centre for a grand day out, then this is definitely the one to come to. It will keep your children busy for hours, and if you want to take a break from the crowds there’s the rest of the Meadows to take a walk or run around in. If you’re visiting with little ones, there’s also the Meadows Toddler Play Area just a few minutes walk away, which is a lot smaller and quieter if your little ones are getting overwhelmed.

The Magnet Playarea is located in the eastern most corner of The Meadows park, on the corner of Melville Drive and Hope Park Crescent. As the park is open on all sides, there are several bus options to get there, depending which direction you are coming from.