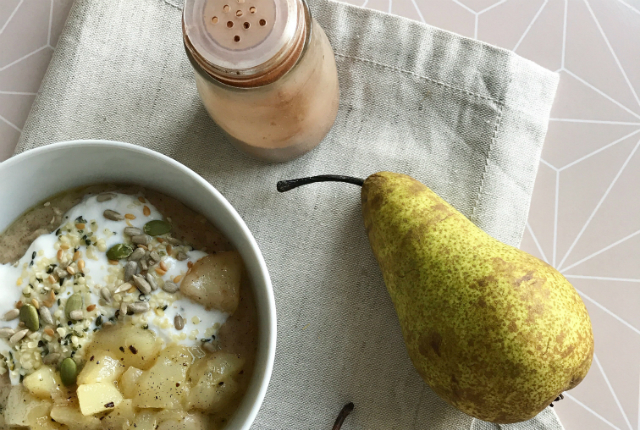 We love a good bowl of porridge for breakfast in our house. My boys are really in to pears at the moment, so I made them some porridge topped with warm pears sweetened entirely with vanilla, no extra sugar added. I have this amazing vanilla bean grinder from Dr Oetker, which I got in Germany, and I just grind some in to the pears during cooking. I haven’t seen these grinders in the UK, but you could use a bit of vanilla extract or vanilla bean paste instead. 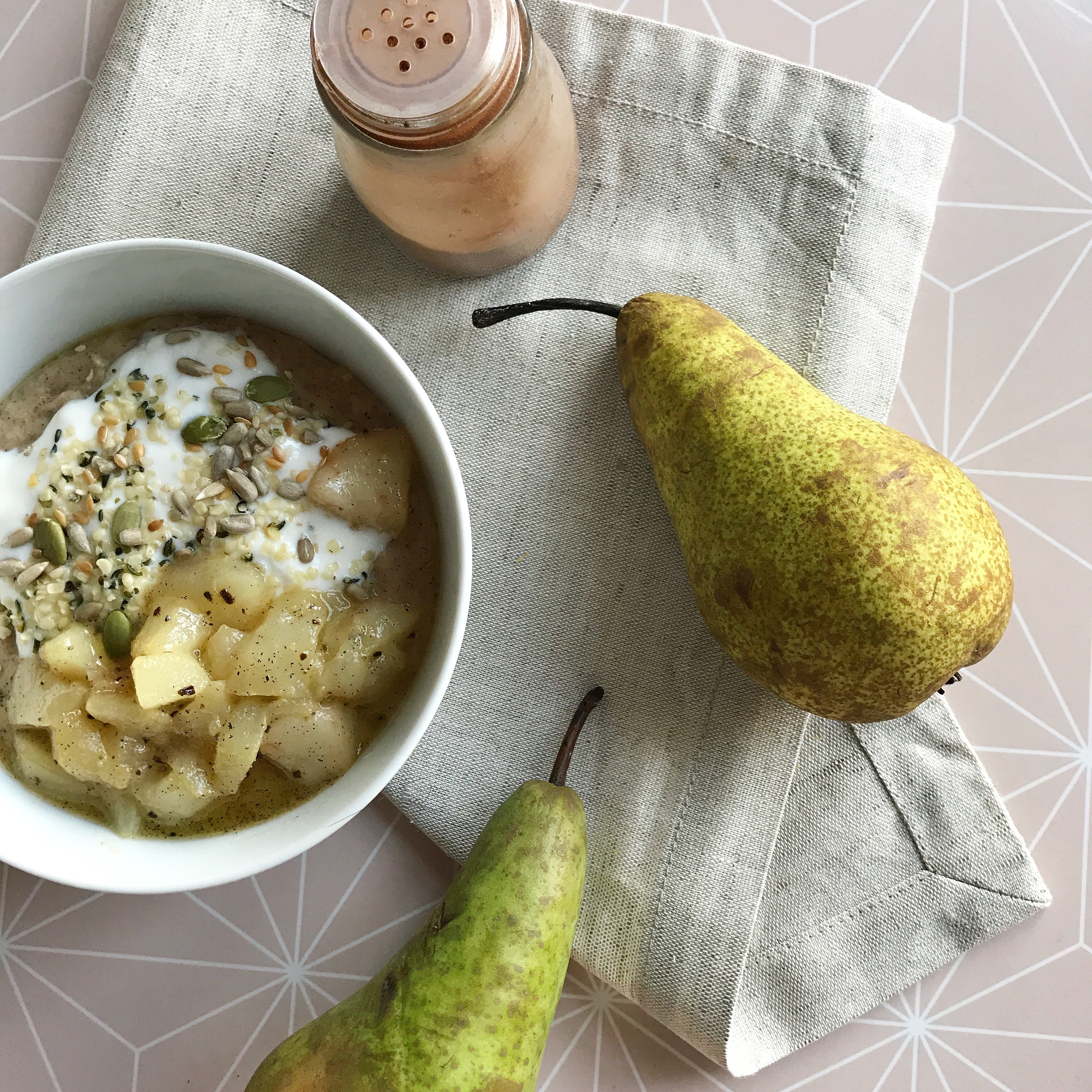 If you prefer, you can of course make it with all water or all milk. My general rule of thumb is 200ml liquid for 4 Tbsp of oats. We like ours quite thick, so add more liquid if you like yours runnier.