As I mentioned in my post from earlier this year, I decided that this year I would record all the books my 5 year old and I read together. I’ve been snapping a quick picture of all the books from each day, and collecting them in an album over on my blog’s Facebook page – and now also on Twitter! I’m a bit late with the update for June, but here’s our pile of books from our eight month: 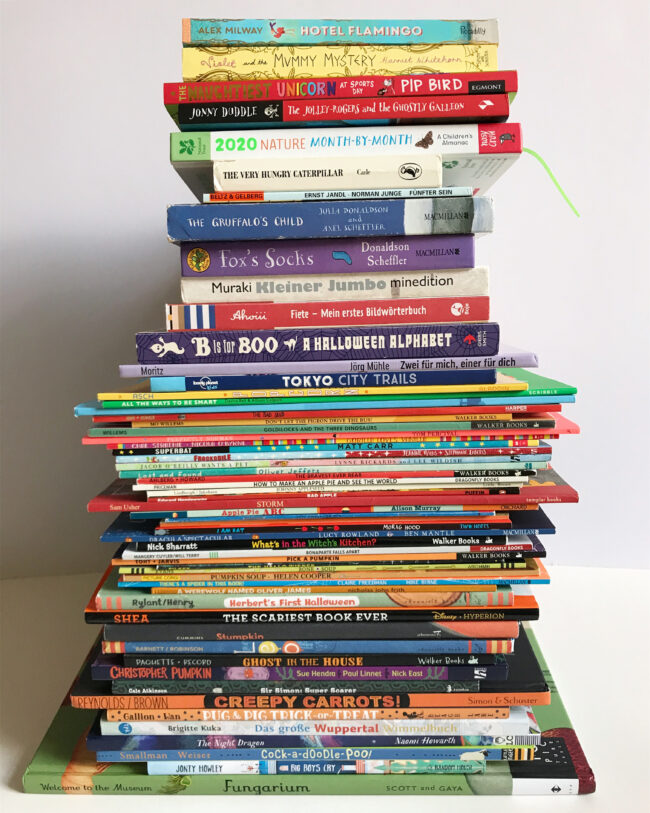 In September we read a total of 64 different books, which has been our second busiest month this year so far. We didn’t read many German books this month, but I think that was partly due to our Autumn & Halloween books coming out of storage which are all in English and accounted for over half of the books that we read (if you think 35 seasonal books is a lot, wait until we get our Christmas books out…)

Books We Read in September 2020