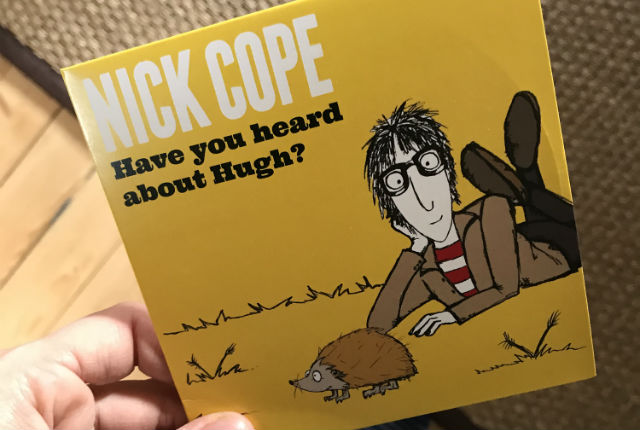 I have a real treat for you today! But let me rewind a little to this past Summer, when I was combing through the Edinburgh International Book Festival children’s programme choosing events to take my boys to, and came across indie singer songwriter Nick Cope. Previously the lead singer of rock band The Candyskins in the 90s (a fact which my husband got super excited about) he has been writing and recording music for kids over the last half decade or so. I’d come across a couple of his songs online before, and had heard friends singing his praises, so I got tickets for all four of us to go and see him at the Festival. Then Oskar, my 8 year old, spotted one of his favourite chapter books in the programme, which he absolutely had to go and see – and of course it was on at the same time as Nick Cope! So I took Oskar to the other event, while my husband and Mr Fox, my 4 year old, went to see Nick Cope alone. Apparently it was brilliant, with Mr Fox – who is anything but shy – dancing along up front.

Fast forward to a couple of weeks ago, when I stumbled across a song that was being shared on Twitter, and it immediately got my attention. The song was ‘Little Grey Cloud’ by Nick Cope, and I loved it so much that I re-shared it. After a few messages back and forth with the artist himself, Nick invited us to review his new album ‘Have You Heard about Hugh?’ which was released on 8th December, and we’ve had it on repeat ever since. Here’s a wee promo video for the album:

And here’s our impressions of the songs…

Little Grey Cloud – “All the children they just wanna be free, free to be who they wanna be…” This song about gender stereotyping is what first caught my attention. Rosie likes trucks and trains, Michael likes fairies and flowers. Susie likes cars and cranes, Peter likes princesses and ponies. Anyone who has been following me for a while, and knows of my new found role as personal crusader for my pink loving, unicorn loving boy, will understand why this song resonated so much with me. Definitely my favourite of the album.

Have You Heard about Hugh? – The title song of the album, about a little hedgehog who gets stuck on the wrong side of the A32,  is infectiously catchy. We were tapping our feet along to the music, gasping in shock in the middle, and breathing sighs of relief at the end. This is my husband’s favourite song off the album, and although neither of the boys picked this as their overall favourite, it’s the one song they can’t stop singing!

The Polar Bear and the Honey Bee – After upbeat Hugh, this is quite a sombre song, about saving endangered species from extinction. A host of animals, including a polar bear, a honey bee, and an orang-utan, ponder whether humans really care about them and warn us that one day we may wake up and they won’t be there! Oskar has been learning about environmental issues at school, so he was able to draw parallels to the song.

Ralph the Rusty Robot – In this catchy song, a redundant robot gets thrown on the scrap heap but some mice and spiders fix him up and give him a new lease of life. The message that you should not just throw things away when they break but try to fix or recycle them instead, was not lost on my boys. This is Oskar’s favourite song of the album, and a close second for Mr Fox who was apparently breaking out his robot dance moves when Nick Cope played the song at the Book Festival!

Little Green Bogey – A song about bogeys, asking people to stop picking on it. What’s not for kids to love about this! As 4 year Mr Fox old says, “this is my favourite song, because I like eating bogeys too!” Though the bogey in the song does sing “we could live together oh so sweetly, as long as you don’t try to eat me!” Somehow though I don’t think this is going to convince Mr Fox otherwise… 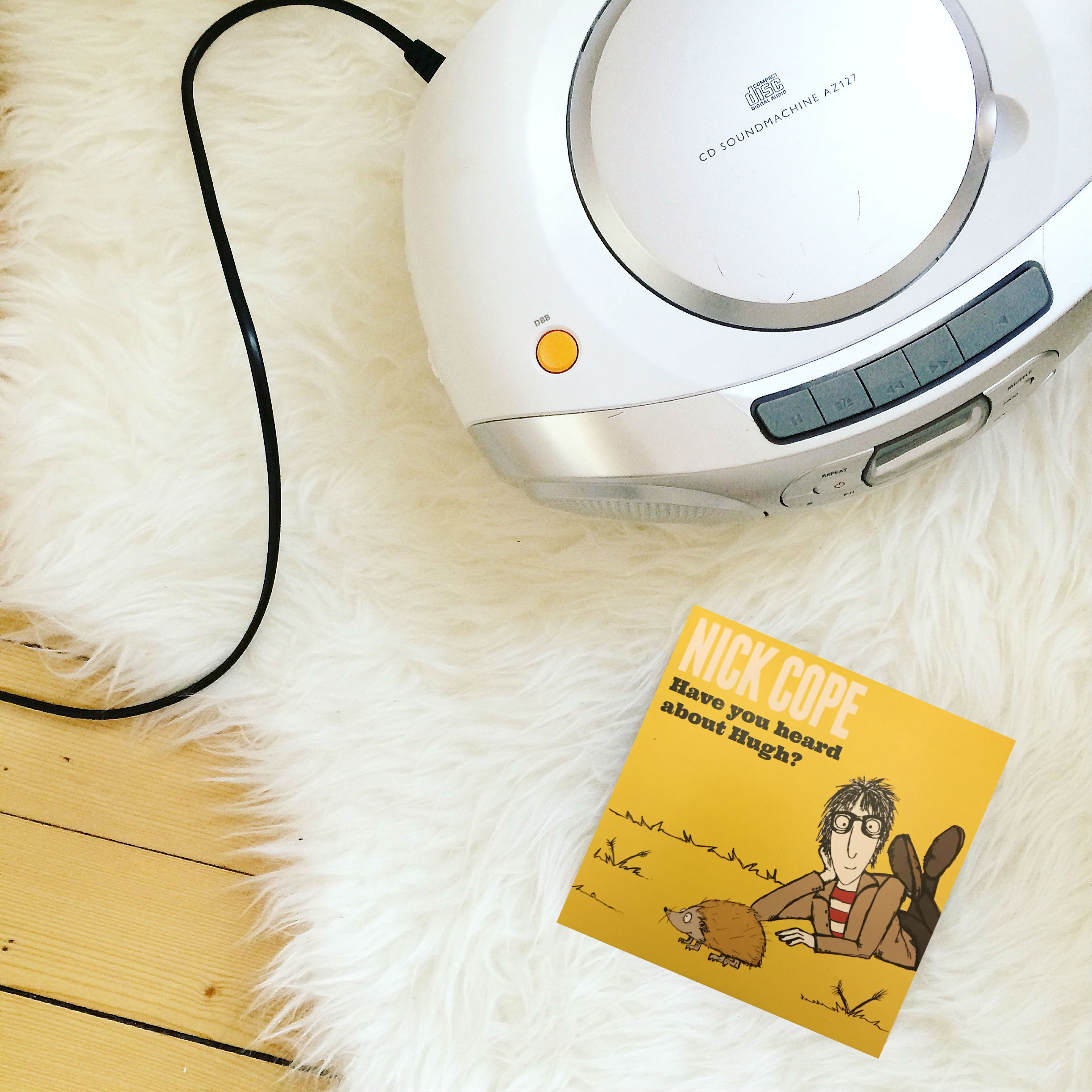 Nicola’s Nits – I’m not gonna lie, just the title of this song had us scratching our scalps. It features Nicola, who just can’t shake off her nits, no matter what treatment she tries. Sound familiar? We all know a kid like that in class, I’m sure (and we all pray it isn’t ours!) But don’t be tempted to skip this song, because it takes a turn half way through and has a really funny ending.

It’s Dentist Time Again – This song about visiting the dentist made Oskar cringe a little, as we’ve just had our annual check ups and the dentist discovered a cavity. Luckily it’s not in one of his new adult teeth! So now he’s going to do as the song says, and brush up on his brushing!

Five Wicked Witches – “Can you tell me how many witches are making a spell?” A fun little counting song, about five witches who go for a walk and fall down a well one by one. Featuring the cutest falling-down-a-well noise ever heard in a song. The boys love joining in – and with shouting out the numbers.

Doing a Moody – We’ve all been there. Some days we just wake up as “the king of the grumps” and don’t really know how it all started. We just know that we should have stayed in bed. This song validates feelings that children maybe don’t always know how to express. Mr Fox’s  favourite line is “I’m just a sad old sausage that someone stuck a fork in”.

8 Legged Big Headed Octopus – If you could be any creature on this earth, what would you be? A mongoose? A badger? Or maybe a lemming? The singer in this song would most like to be the titular octopus. NOT a squid. Because “despite their many tentacles, a squid is not identical”. This song led to some discussion on what animals we would most like to be. Unsurprisingly Oskar chose a bear (his nickname) and Mr Fox chose, well, you can guess.

I’m Not Tired – I don’t believe there’s a parent who hasn’t heard the words “I’m not tired!” at some point, when taking their kids to bed. A nice gentle song to round off a great album!

I haven’t really done any gift guides for this Christmas, but if you still have a little Christmas shopping left to do – and are maybe looking for change to listening to the same old nursery rhymes over and over again – then we can whole heartedly recommend this album. We all love it, kids and adults alike. To be honest, any song that can replace my kids singing ‘Baby Shark’ all day gets my vote! Nick also has five previous kids albums you can check out (all album are available via his website). Before I sign off, here’s a little rendition of Hugh the hedgehog:

Disclosure: We were sent a free copy of this album by Nick Cope in exchange for an honest review. All words and opinions are our own. 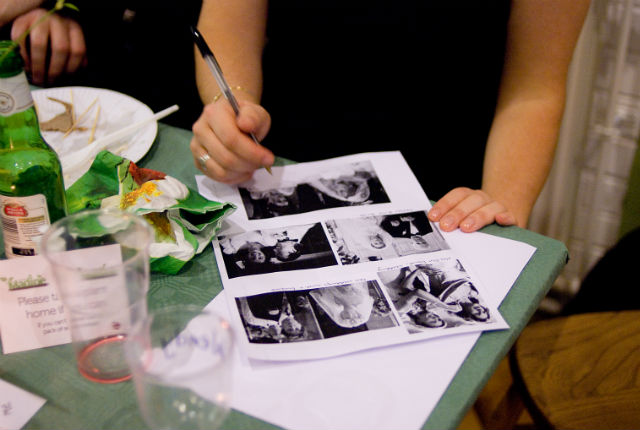 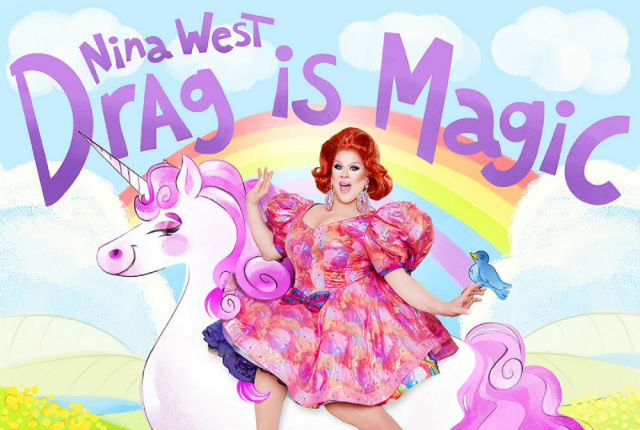