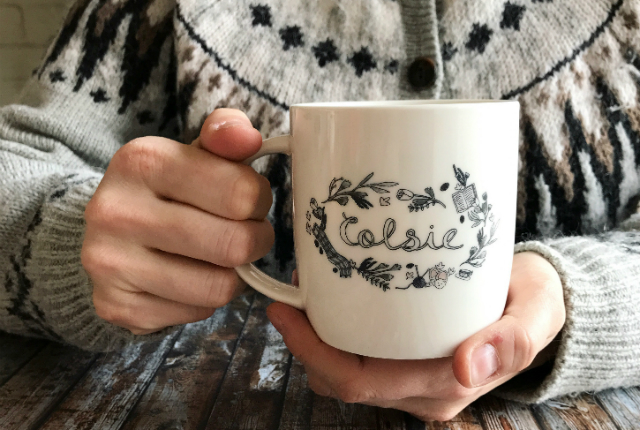 Have Yourself a Colsie Christmas

Move over hygge, there’s a new kid in town!

Unless you’ve been living under a rock, it will have been difficult to escape the Danish ‘hygge’ trend, that has swept the interior design and lifestyle worlds these past two years. It’s sometimes translated as cosy, but is generally considered to encompass much more than that – including feelings of comfort, contentedness, and wellbeing. One of those words that captures a mood or state of being, and has no direct translation. Although, as my friends in Denmark tell me, it’s not restricted to Winter, it does seem to come into its own most in the darker months of the year – at least in how the rest of the world has adopted it – upping the consumption of hot chocolate, candles and wooly blankets.

So, a little while back, the husband and I were talking, and thinking ‘Why doesn’t Scotland have an equivalent to hygge?” Scotland and Denmark are on a similar latitude. In fact, Edinburgh gets fewer sunlight hours per year than Copenhagen, and has a cooler average annual temperature. January and February are generally harsh and miserable, and yet, people here know how to hunker down and get through to the other side. So instead of embracing someone else’s trend, why not start our own? After doing a little bit of research in to various Scottish words that might be suitable, we settled on COLSIE. Think hygge, just with more whisky, tartan and shortbread! Colsie is an Old Scots word, thought to be the origin of our modern word ‘cosy’ which is defined as being warm, sheltered, snug. The Oxford English Dictionary also suggests a tenuous link to the Gaelic word còsagach, which has a similar meaning. With its windswept landscapes, generous lashings of rain, and dark and cold Winters, it seems fitting that Scotland would be responsible for giving us a word that means warm and snug.

Then we discovered, that we were not the only ones who had decided to introduce the world to colsie. The Edinburgh-based Tartan Blanket Co. – an independent Scottish company which produces gorgeous blankets and other Scottish inspired products – recently launched their new ‘Colsie Collection’. The collection is inspired by Scotland’s landscapes and daily traditions, ranging from woodland greens and cobblestone greys, to the oatmeal shades of a warm bowl of porridge. And they have done such a great job of explaining the essence of colsie, so that rather than reinvent the wheel, I contacted them to ask if they would be open to collaborating on spreading colsie to the world, and I am delighted that they said yes. This beautiful illustration, designed by one of the Tartan Blanket Co. team, sums up colsie in a nutshell, and also offers a handy pronunciation guide: “Colsie is all about the traditions we have in Scotland once the colder weather comes around. It is the feeling that comes with being present, inviting closeness, and making time for the people and things that soothe our souls.” (The Tartan Blanket Co.)

With that in mind, I am signing off now and going on a little blogging break over the festive period – to make time for my family, be present in the moment, and soothe my soul. I’ll be back in January with some colsie tips on how to get you through Winter! In the meantime, I’d like to invite you to share your own colsie moments on Instagram, using the hashtag #mycolsiemoment. I’ll be sharing my favourites each week. You can find me on Instagram as @photojennic.

So, see you back here on the blog in January, and have a Colsie Christmas everyone!

Disclosure: I was gifted a blanket from The Tartan Blanket Co. as a thank you for mentioning their Colsie Collection and campaign in my post. However, all views and opinions are my own. The mug pictured in the first photo is also from their collection, but I bought this myself.