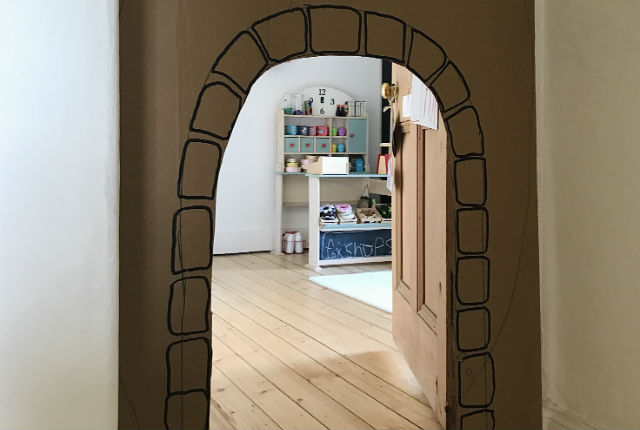 How are we all doing with keeping the kids entertained at home? I joined a couple of Facebook groups when the lockdown started, to get some fresh ideas on how to entertain the kids. I don’t know about you, but some of the groups I am in seem to have moved on from sharing simple ideas and inspirations, to becoming humble (or not so humble) bragging competitions about who can make the biggest and bestest of everything. I’ve seen people sharing home and garden makeovers – often thrown together out of old pallets or ‘a few recycled bits and pieces’ they had around the house (apparently) – which look like they require an architecture degree. Now, don’t get me wrong, I love a good challenge and I do share some more advanced projects here on the blog, but mostly I live by the motto ‘keep it simple’. So for anyone who has a large cardboard box kicking around the house and is looking for a super simple idea to mix things up a little for their kids, I give you our easy peasy cardboard castle entrance. Yes, that’s right, just the entrance. The boys think it’s super cool, and it saved me from having to build a whole damn castle! 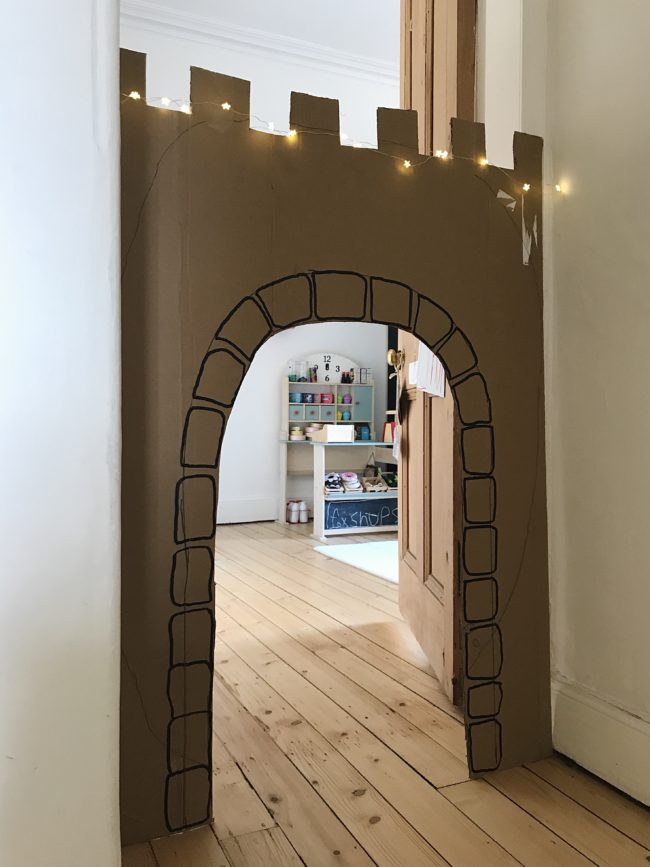 All I needed for this was a large, flattened out cardboard box, a thick black pen (optional), and a craft knife. If you don’t have a craft knife you can use scissors instead, but I found it a little easier with a craft knife (just don’t forget to put something underneath to protect your floor!)

I cut the cardboard to the width of their door, cut out an archway, and cut out the zig-zag castle wall shape along the top (I eye-balled it, but you could measure it out if it’s important to you to be precise). And that’s it, castle entrance done! Optionally, you can decorate it if you like. I went for lazy minimalism and just added some ‘stonework’ in black pen around the archway and threw some battery powered Christmas lights over the top.

The whole thing only took about ten minutes or so to make. It’s just held in place with two little pieces of strong tape on the door frame, so at night time I can just pull it off and lean it against the wall. We’ve had it up for almost a week now and the boys just love their little ‘Castle’.

If you want an easy peasy Knights costume to go with your Castle, check out my step-by-step tutorial for a No-Sew Knight’s tunic. I know it’s a bit tricky to get supplies right now, but if you have e.g. an old felt blanket kicking about that you can spare to cut up, it would be perfect for this. 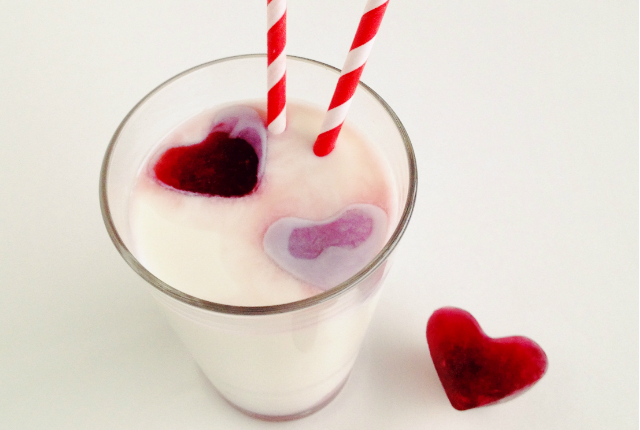