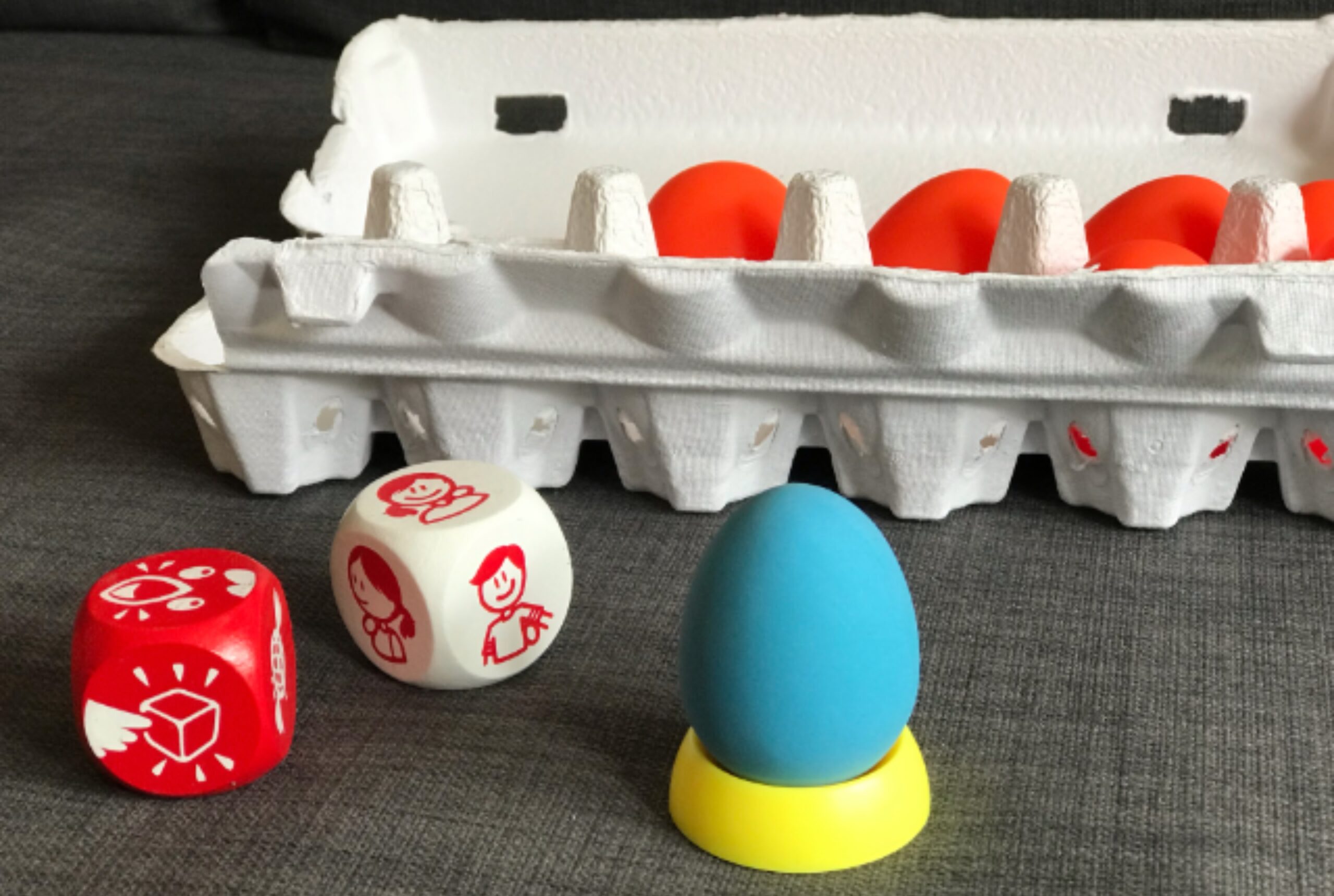 We’re back this week with another game review for the for the Asmodee UK Blogger Board Game Club, whom we are currently working with. Asmodee UK is an established distributor of toys and games, and the Board Game Club works with bloggers by providing a free game each month in return for an honest review. The game we are reviewing this week is ‘Crazy Eggz’. 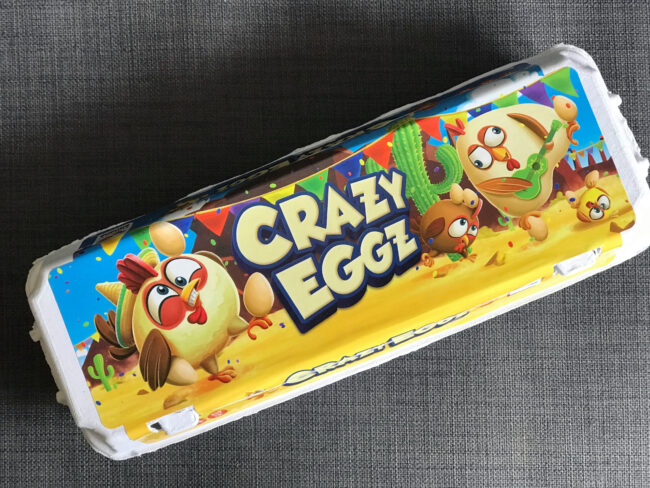 Crazy Eggz is a fast paced game where players must act quickly to follow directions and collect eggs. The first player to collect five eggs wins the game. 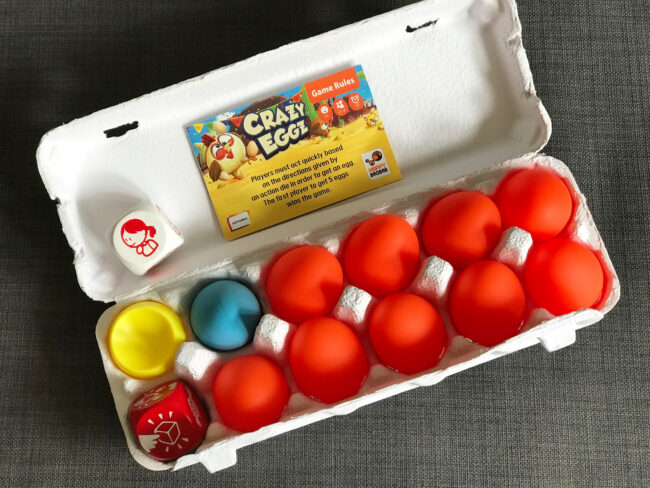 So what’s in the box? The game comes packaged in – what else! – an egg carton, and inside you will find 10 rubber eggs (nine orange eggs and one blue egg), an egg stand, and two dice. 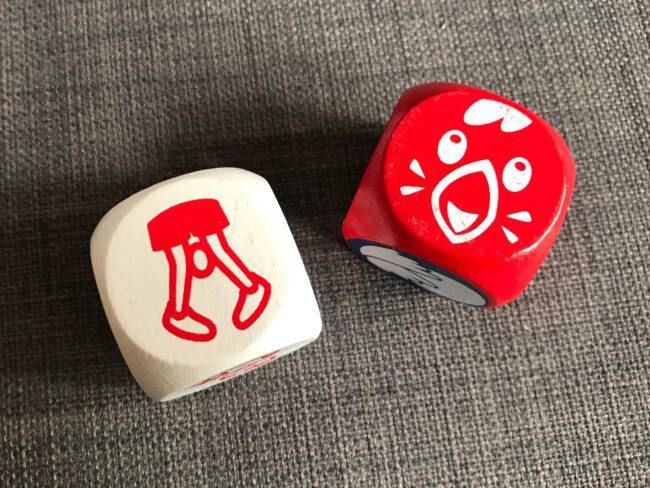 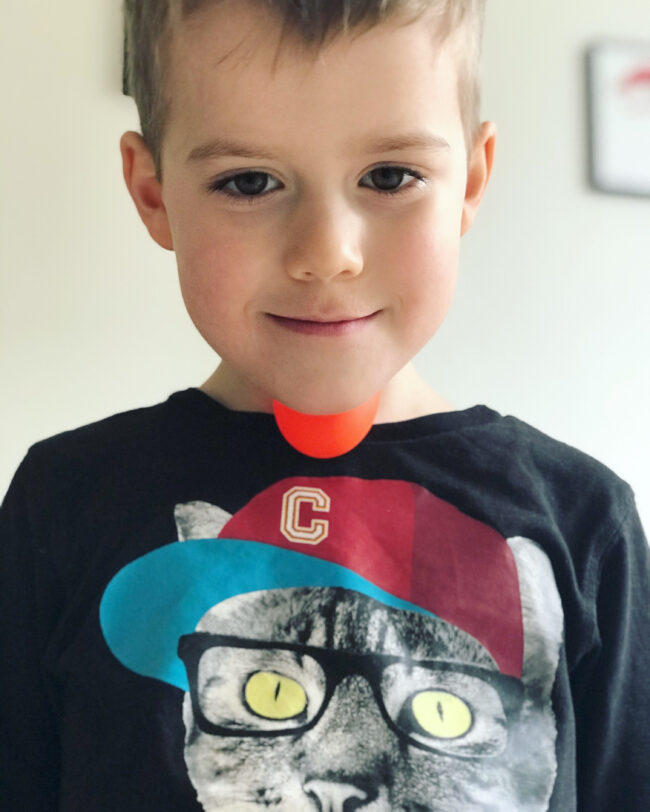 To set up the game, place the egg stand in the middle of the table (or sofa, in our case), with the egg carton and eggs next to it. Each player takes it in turn to roll the body die, and then take an orange egg from the carton and hold it with the body part they have rolled. The remaining eggs are left in the box. Once everyone has placed their first egg on their body, you are ready to start playing. 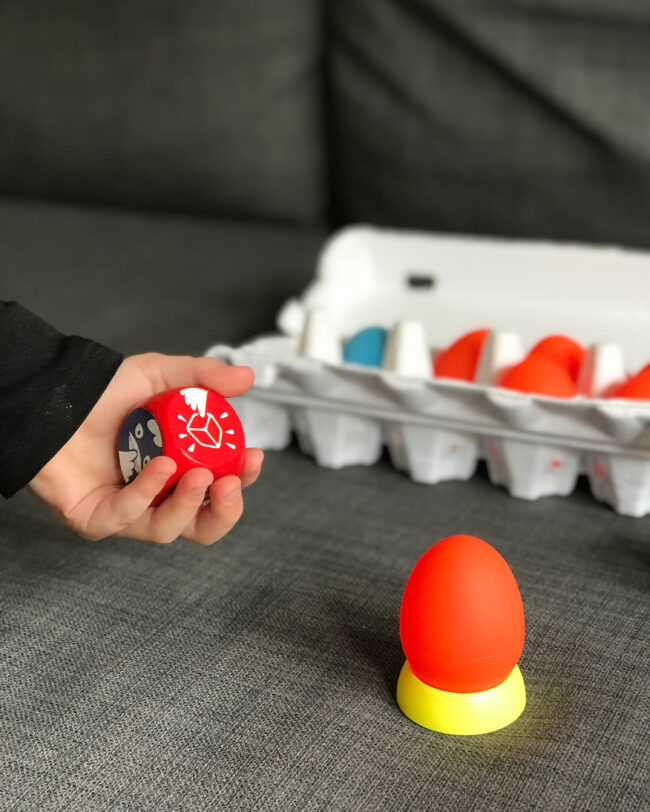 The first player now places an egg on the egg stand and rolls the Action Die. All players then rush to carry out the action that comes up. For red actions, the first player to complete the action gets the egg and must then roll the Body Die to determine where to place it. For blue actions, the last player to complete the action loses one of their existing eggs (if they have any) and no one gets the egg in the middle. Play then continues with the next player placing an egg on the stand and rolling the Action Die. My 5 year old’s favourite action was the disco post (see below). 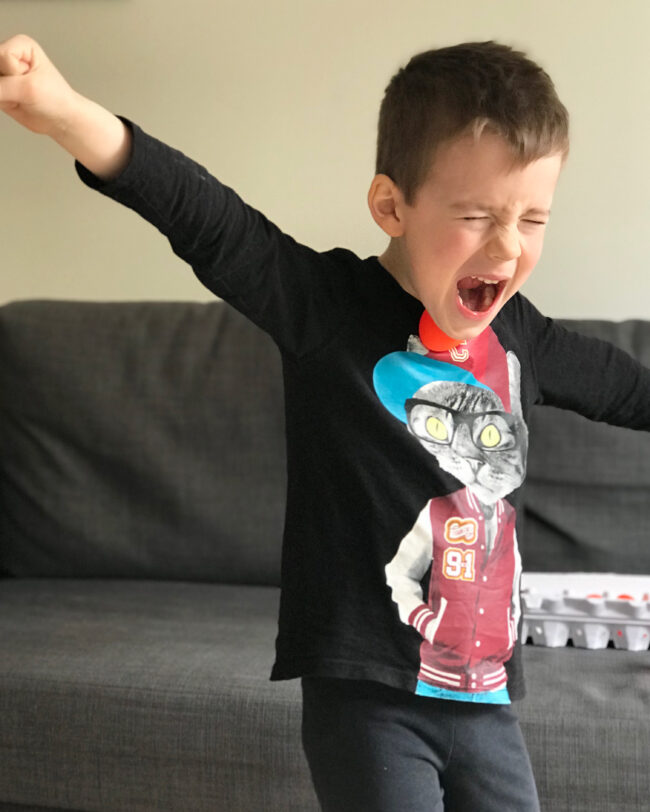 The game gets increasingly difficult the more eggs you have placed on your body, and if at any point you drop an egg it goes back in the egg carton. The blue egg is heavier than the orange ones, so a little harder to keep in place. The first player to successfully collect and hold on to five eggs then has to turn around and shout “cock-a-doodle-doo”. If they manage this without dropping any of their eggs, they win the game! 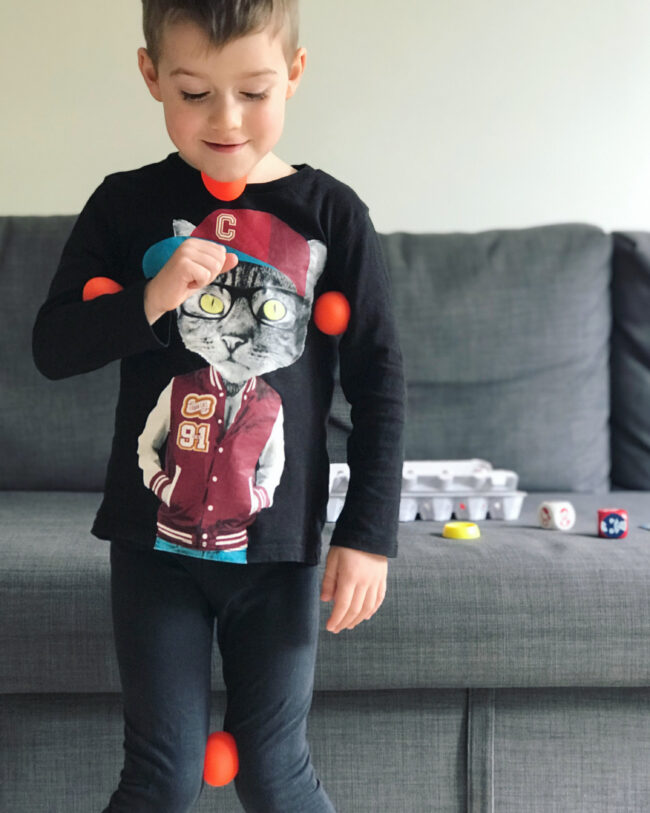 We thought Crazy Eggz was a really fun game. It’s suitable for for 2-4 players and aimed at ages 7+ though my five and a half year old is the one who loves it the most and is just as fast as anyone else in completing the actions. He does find it a bit harder holding on the the eggs than the rest of us, so we introduced a ‘joker’ that gives him a free pass if he drops an egg when he has three or more, to make it a little fairer. 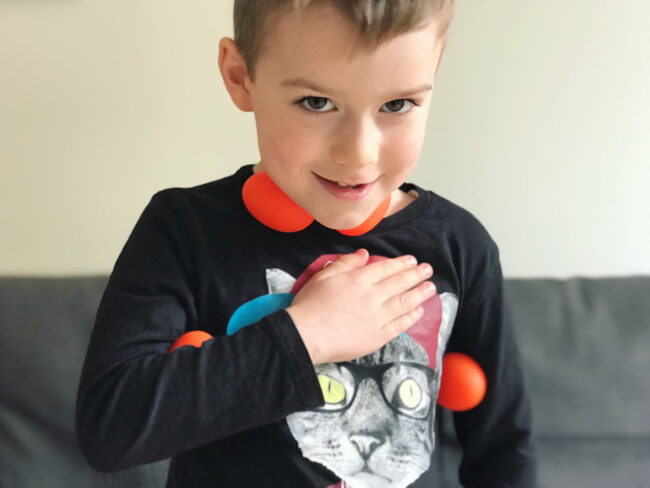 If you are looking for a fun family game that gets everyone on their feet, then Crazy Eggz is just the thing. It would be great to play outside in the garden too, as the big chunky dice and the brightly coloured eggs won’t easily get lost if you drop them in the grass. As an added bonus, we’ve also been using the eggs to practice counting with my youngest, and he has been playing with them in his play kitchen too. I love a game that can be used in lots of ways! Crazy Eggz is available to buy from Amazon (affiliate link). 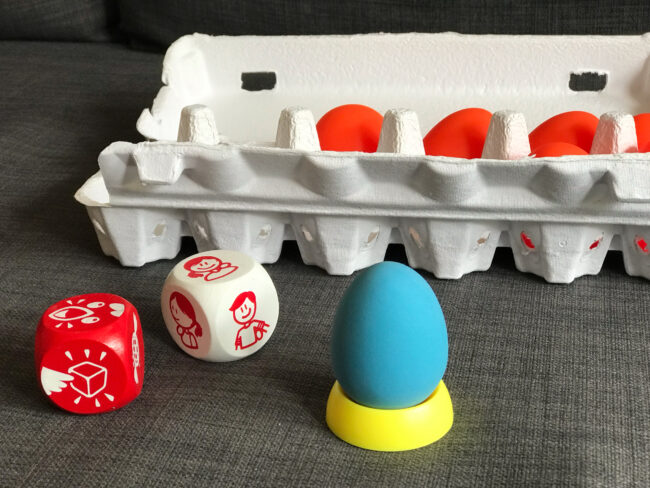