Happy Museum Monday! We’re heading back to Sweden with this week’s recommendation. Our trip to Gothenburg (or Göteborg, as it’s known in Sweden) a couple years ago is one of my favourite family holidays to date, and the host of family friendly museums in Gothenburg were a big part of that. I’ve previously shared our visit to the Världskulturmuseet with you, and today I wanted to tell you all about Göteborgs Stadsmuseum, or Gothenburg City Museum. 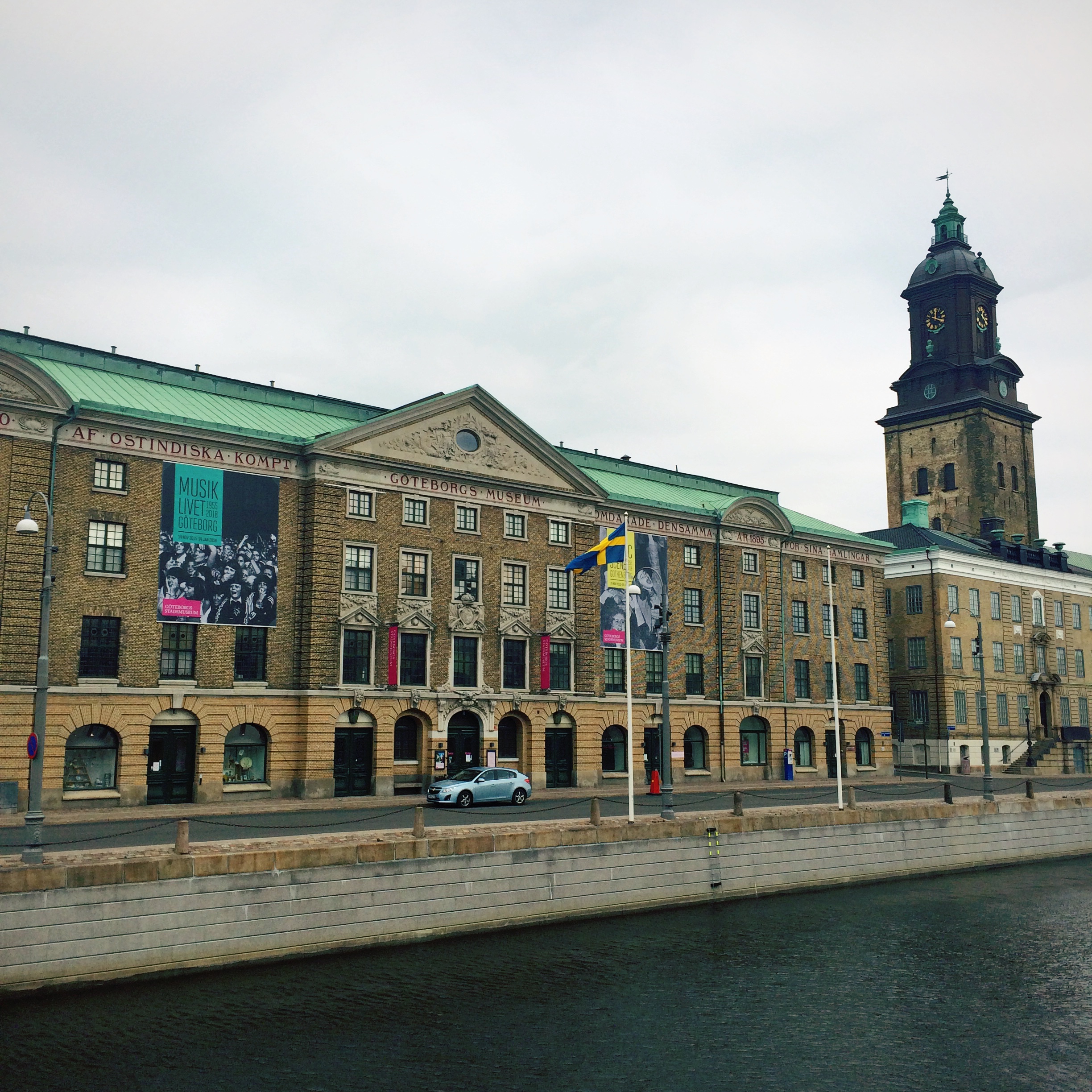 I really like visiting city museums when I go to a new place for the first time, since it’s a great way to get an introduction and overview to the city in question, so I was delighted to discover that the Gothenburg City Museum included a child centred gallery known as the Children’s Museum, meaning it was perfect to visit with the boys. 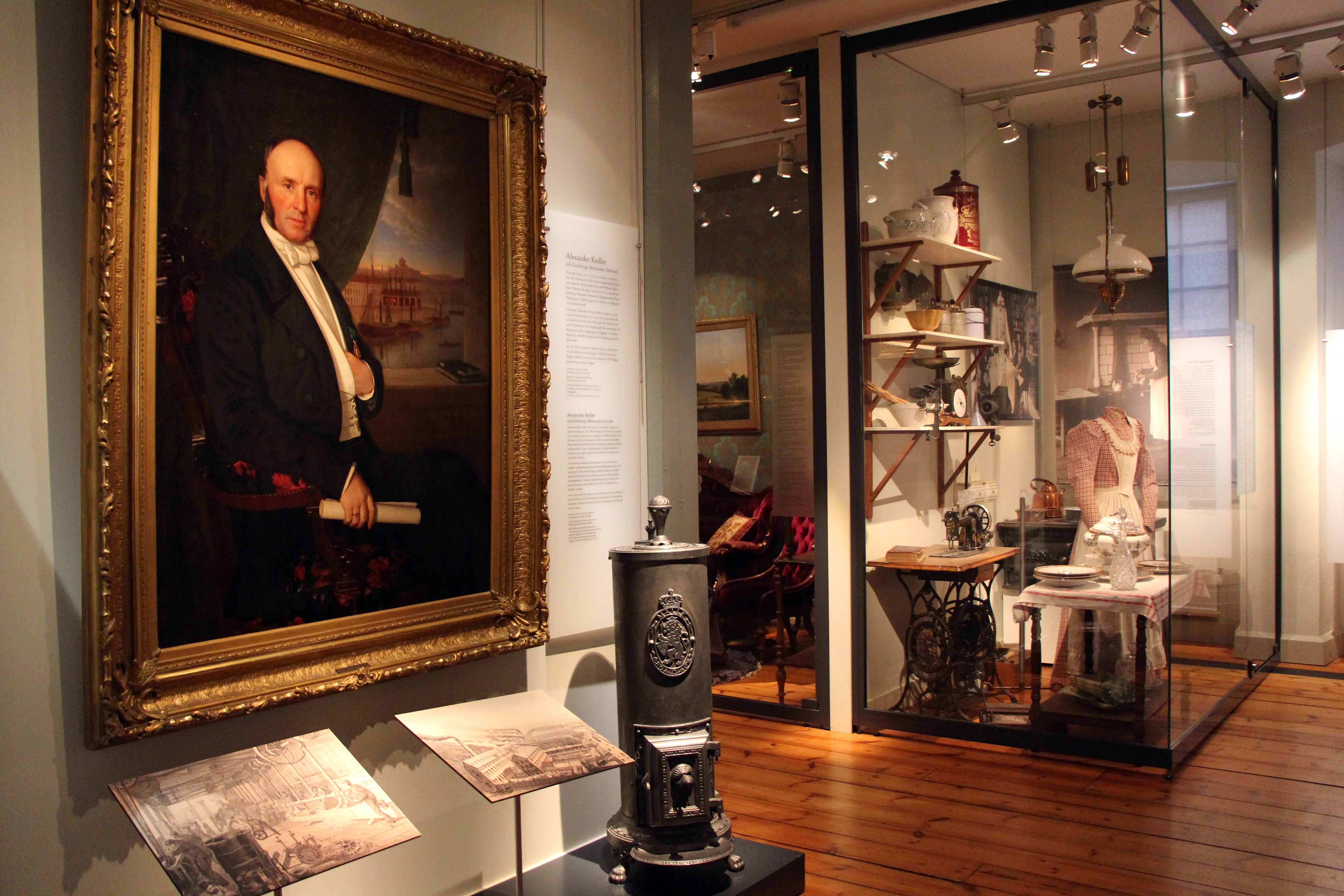 I knew that if we started at the Children’s Museum, we would stand little chance of seeing anything else, so we first had a look at the permanent galleries, showing life in Gothenburg in the 1700s and 1800s. There were a few room settings, old oil paintings, and the usual array of artefacts relating to everyday life in ‘the olden days’ – from household and personal items, to weaving looms and ships models relating to work and trade. There were a few interactive elements included for kids, such as a ‘find the animals hidden in the gallery’ challenge, and a little corner for dressing up. 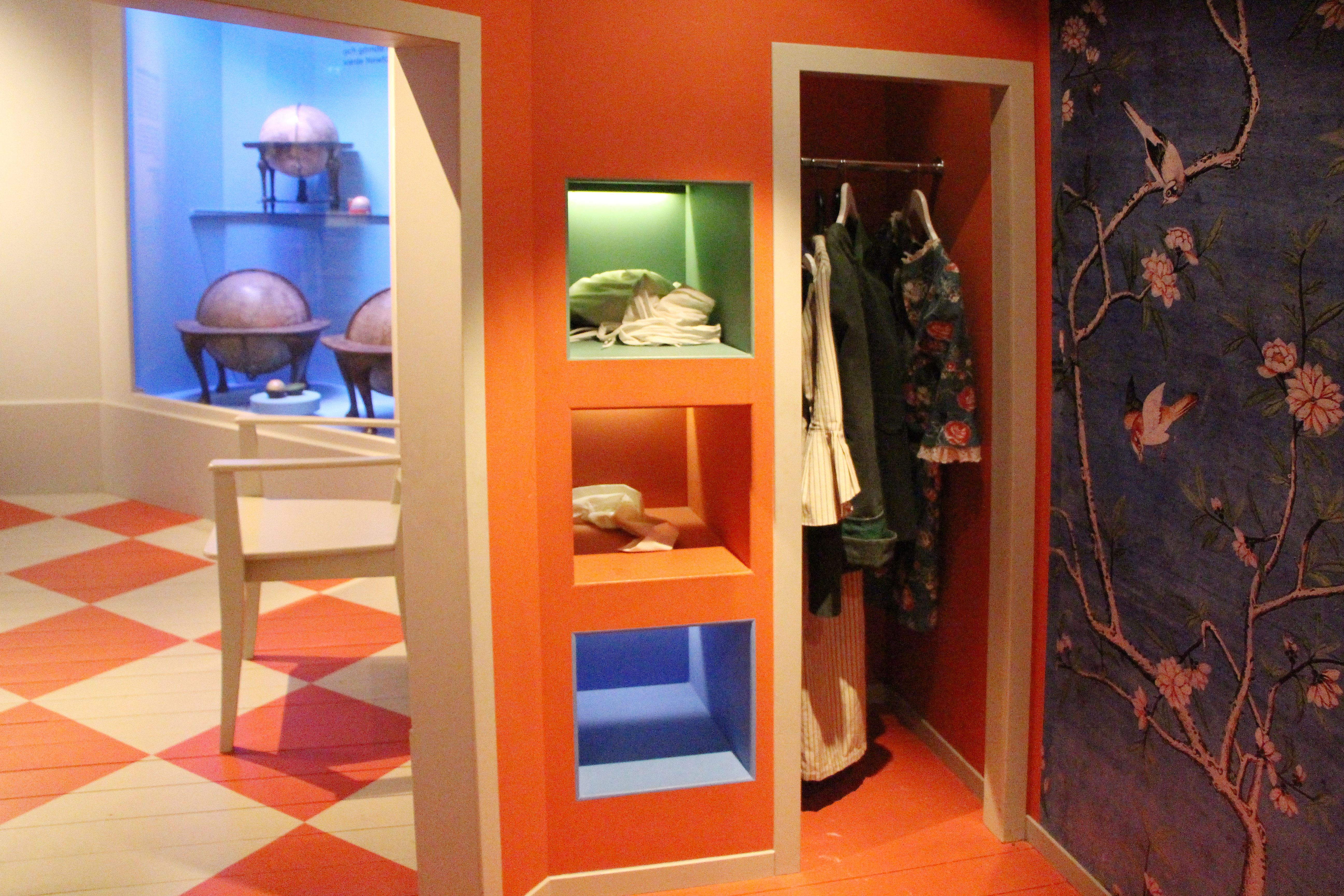 And, of course, we had to go and see the Viking exhibit, which includes the remnants of an original Viking ship. In fact, despite the hour or so we subsequently spent in the Children’s Museum, when reflecting on our visit at the end of the day, my eldest (who was 5.5 at the time) said the Viking ship had been his favourite part of the museum. He was still talking about it days later! 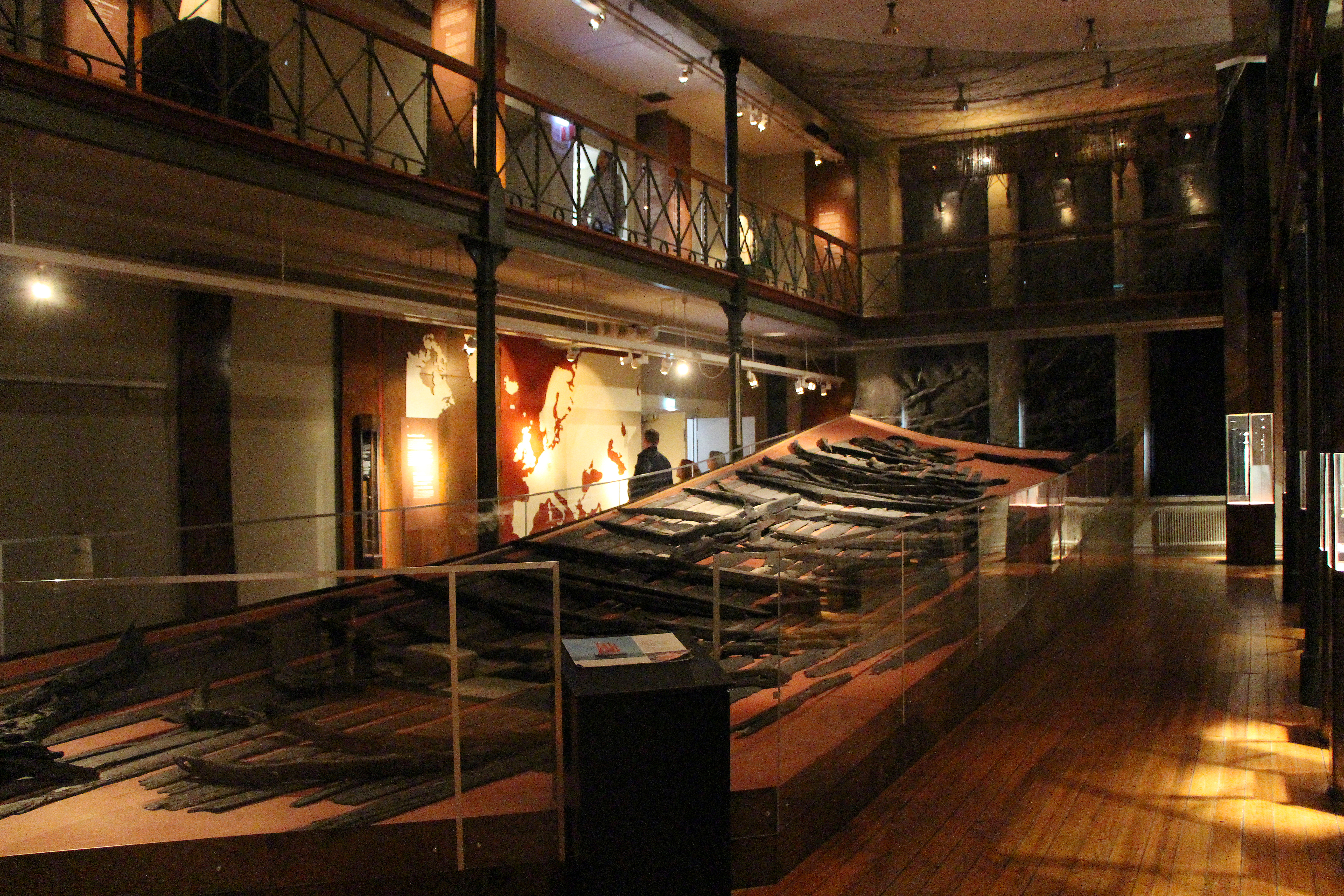 After lunch, we headed to our main destination, the Children’s Museum. As a side note, the museum does have a cafe and restaurant, but you are free to bring your own food to the picnic area (and, as we later discovered, the Children’s Museum has an additional picnic area too, complete with microwave for warming up baby food). We felt a little underprepared with our sandwiches, as we watched Swedish family after family unpack their uber-sized picnic bags and dish up everything from spaghetti bolognese with cheese and salad, to pancakes with several toppings. We noticed this in other museums too, as the week went by, most of which seemed to have a picnic area including highchairs and microwaves. 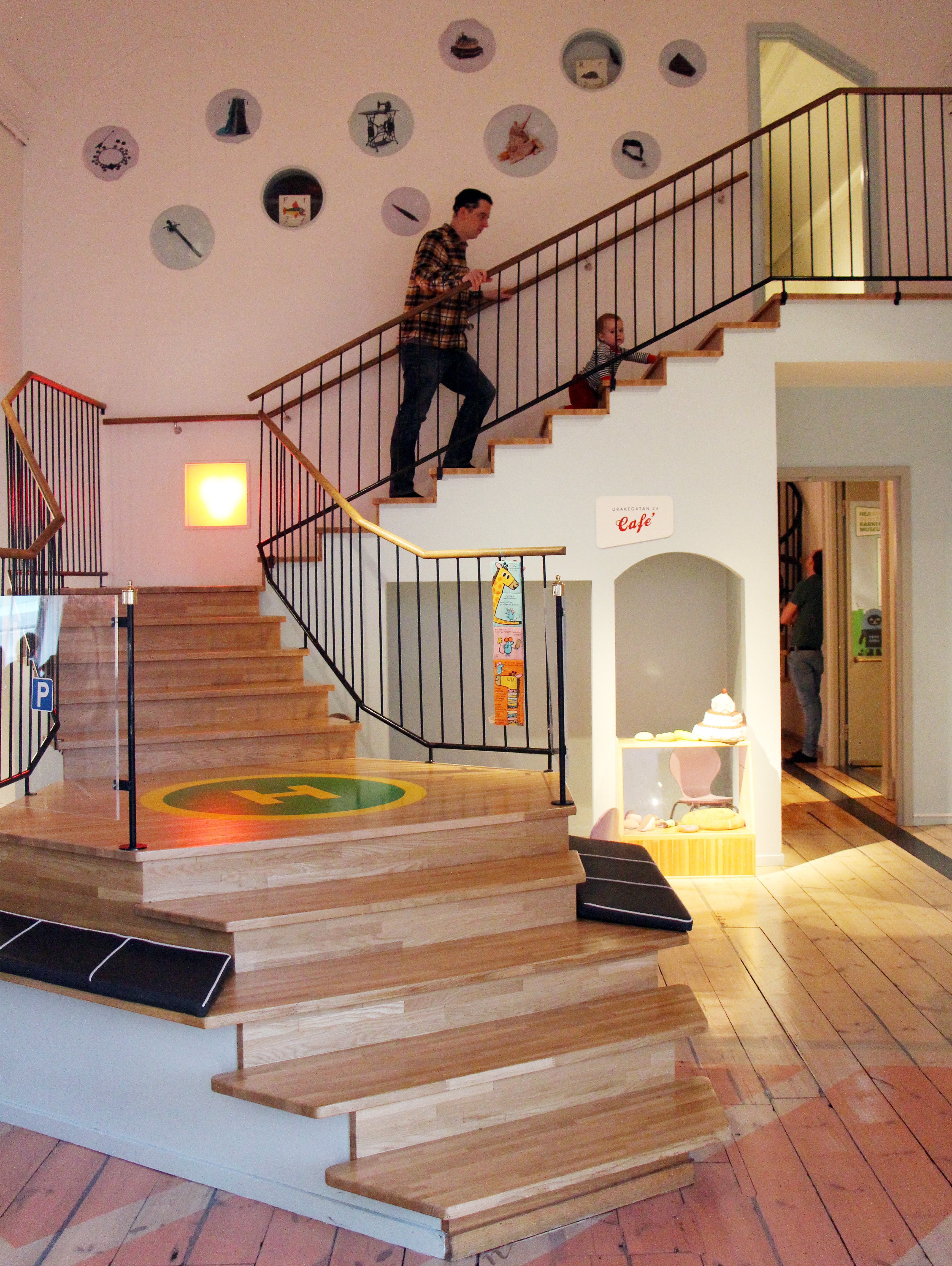 Anyway, back to the Children’s Museum. After our experience at the Världskulturmuseet, which had done such a great job of integrating original artefacts in to the children’s gallery, the Children’s Museum at the Stadsmuseum seemed a bit disconnected from the collections. There were no artefacts at all on display, but I loved the look of the gallery, all of which was designed to look like a miniature city, and they did integrate some historical photographs in to the design. Overall, it was a really lovely space to just let the kids run free and have a good play. Especially as it was absolutely pouring with rain that day! 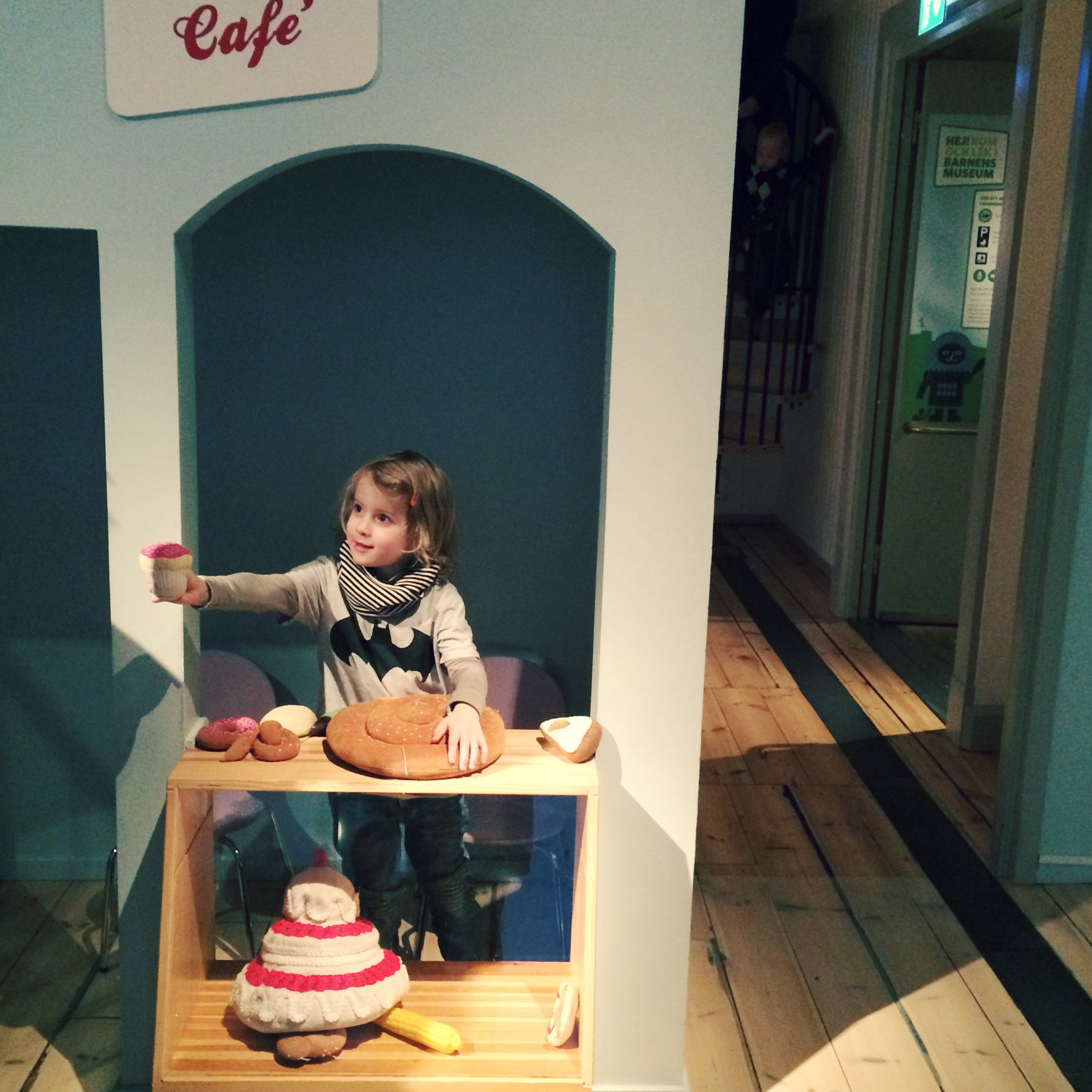 We all took our turn behind the counter of the cafe, serving each other cinnamon buns the size of our heads. Our youngest developed quite an attachment to the plastic corn cob – there were a few tears when we eventually had to leave it behind. Some of the toy food used in the gallery was also in sale in the museum shop which, by the way, is right up there on my list of ‘best museum shops of the year’. It was probably a good thing we didn’t have much space for souvenirs in our suitcases. 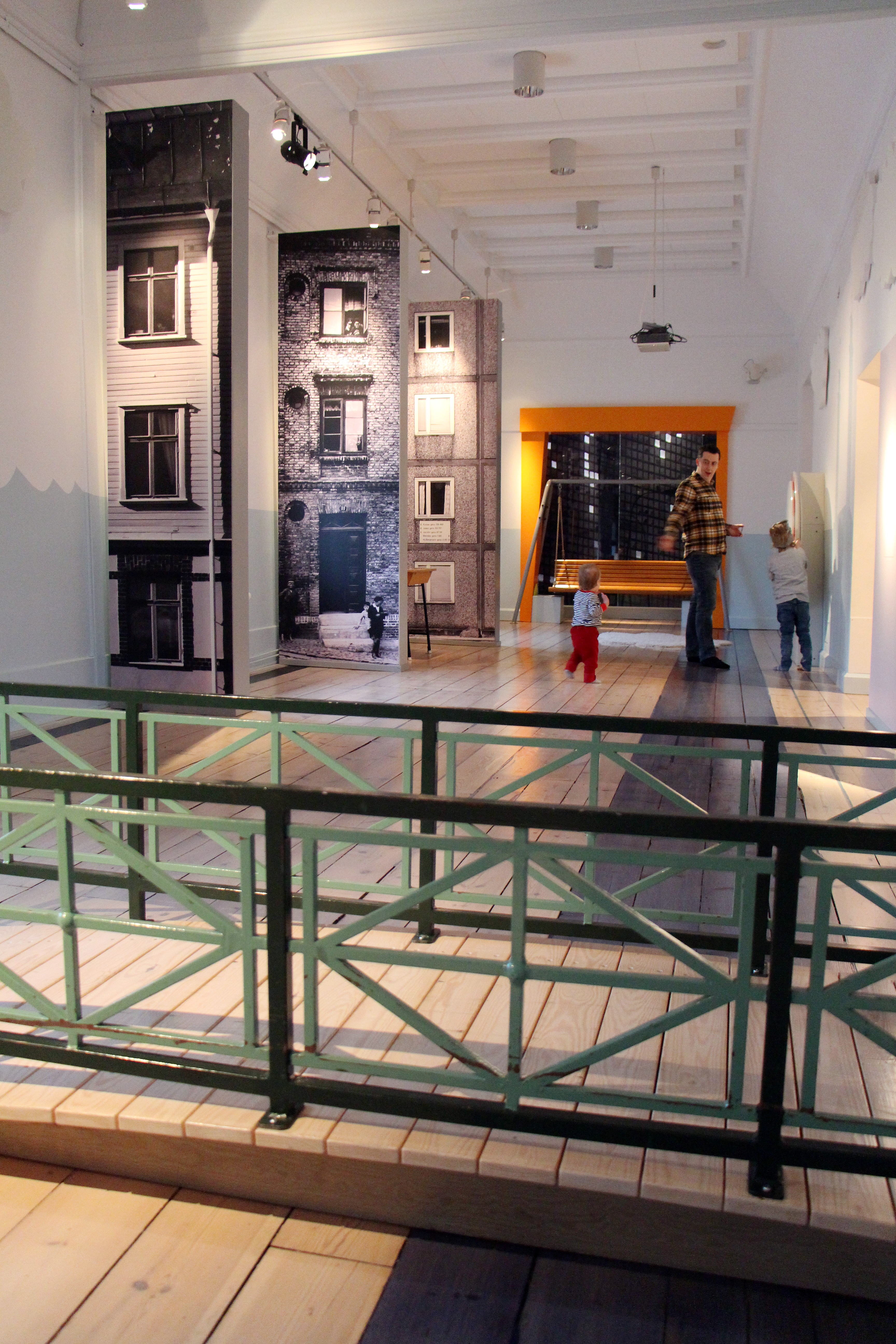 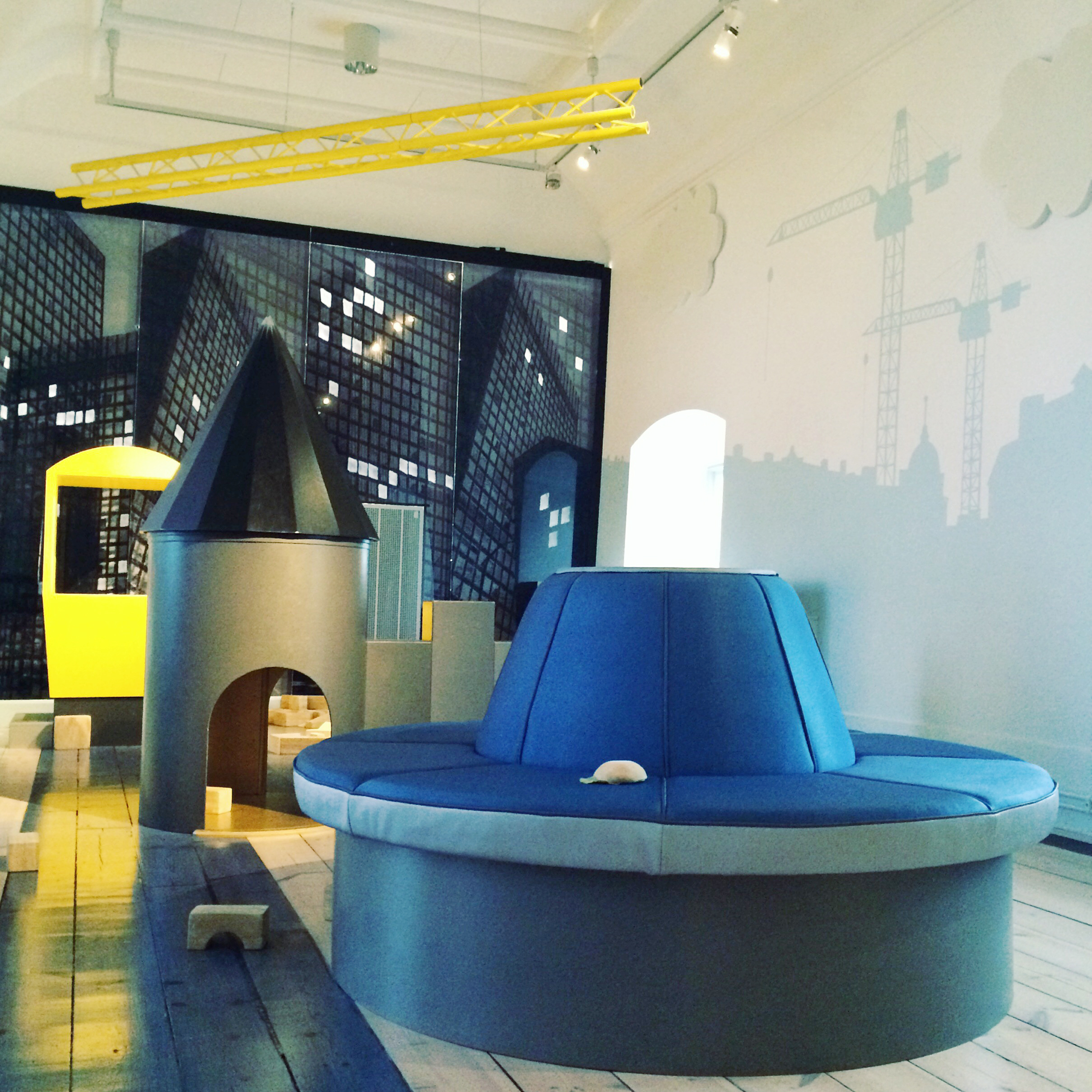 In the shadow of some building site cranes, there was endless enjoyment to be had playing in building blocks, or crawling in and out of spaces which looked like giant building blocks themselves. 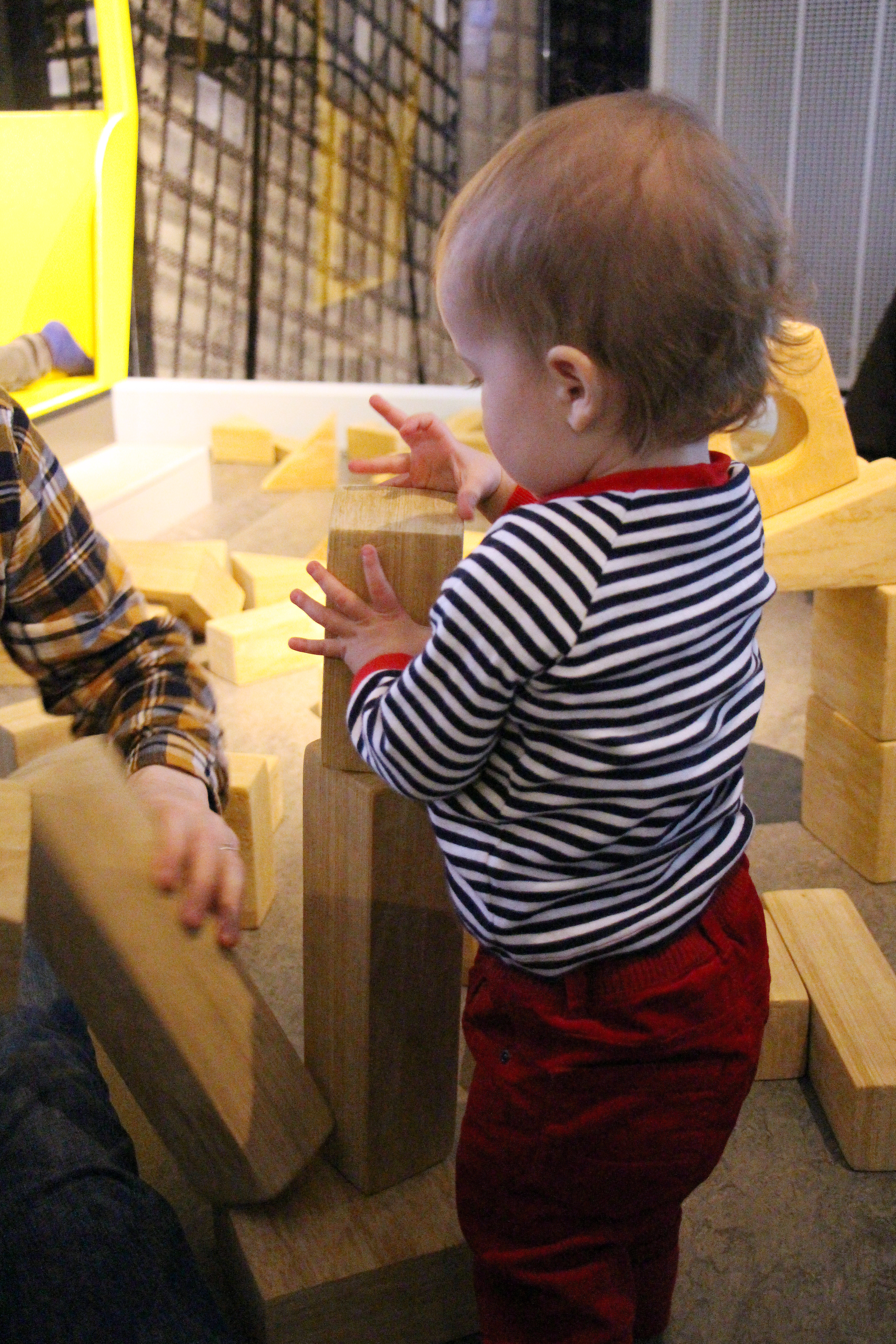 Climbing the ‘skyscraper’ was one of Oskar’s favourite parts of the gallery! 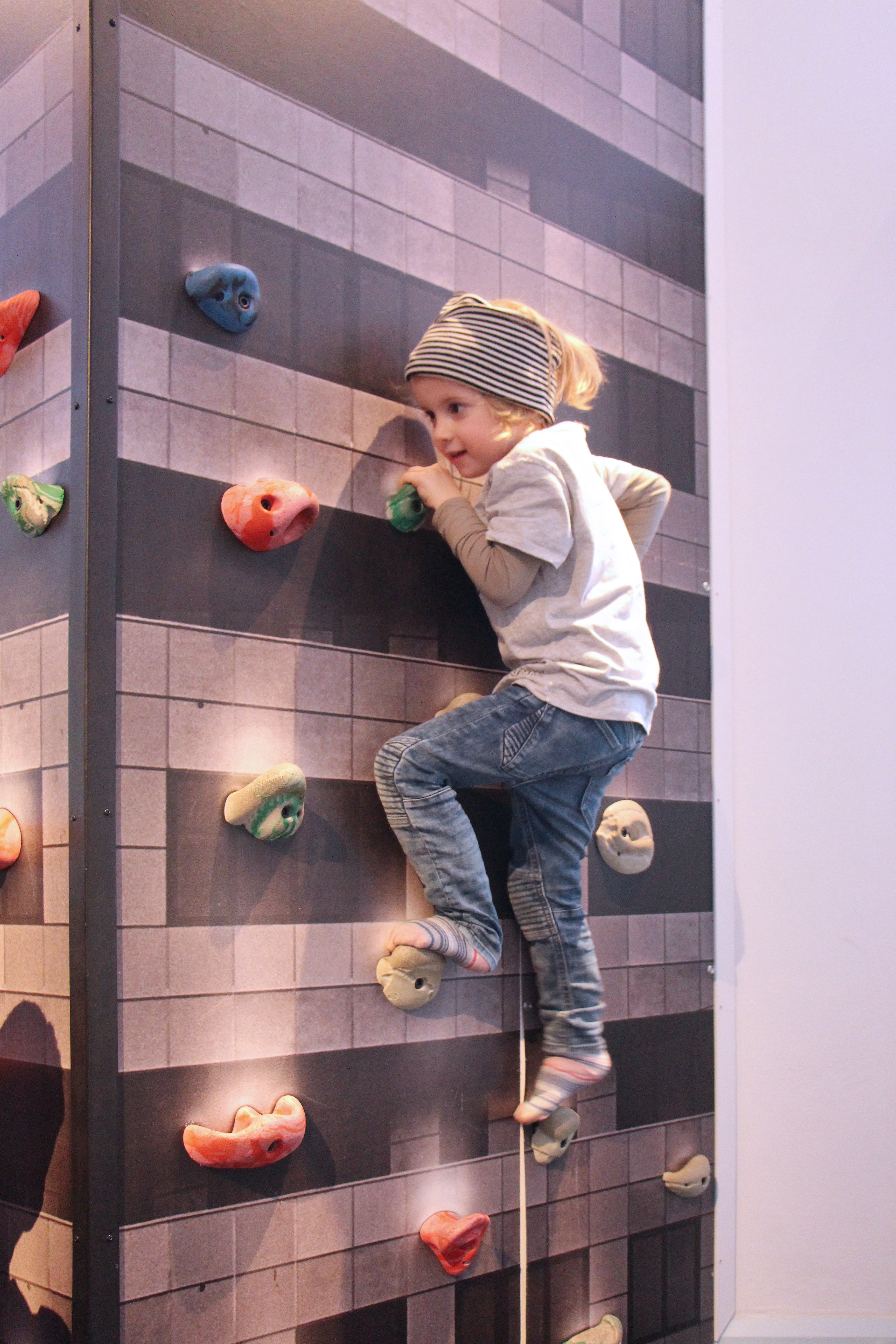 The little one’s favourite part was the slide… 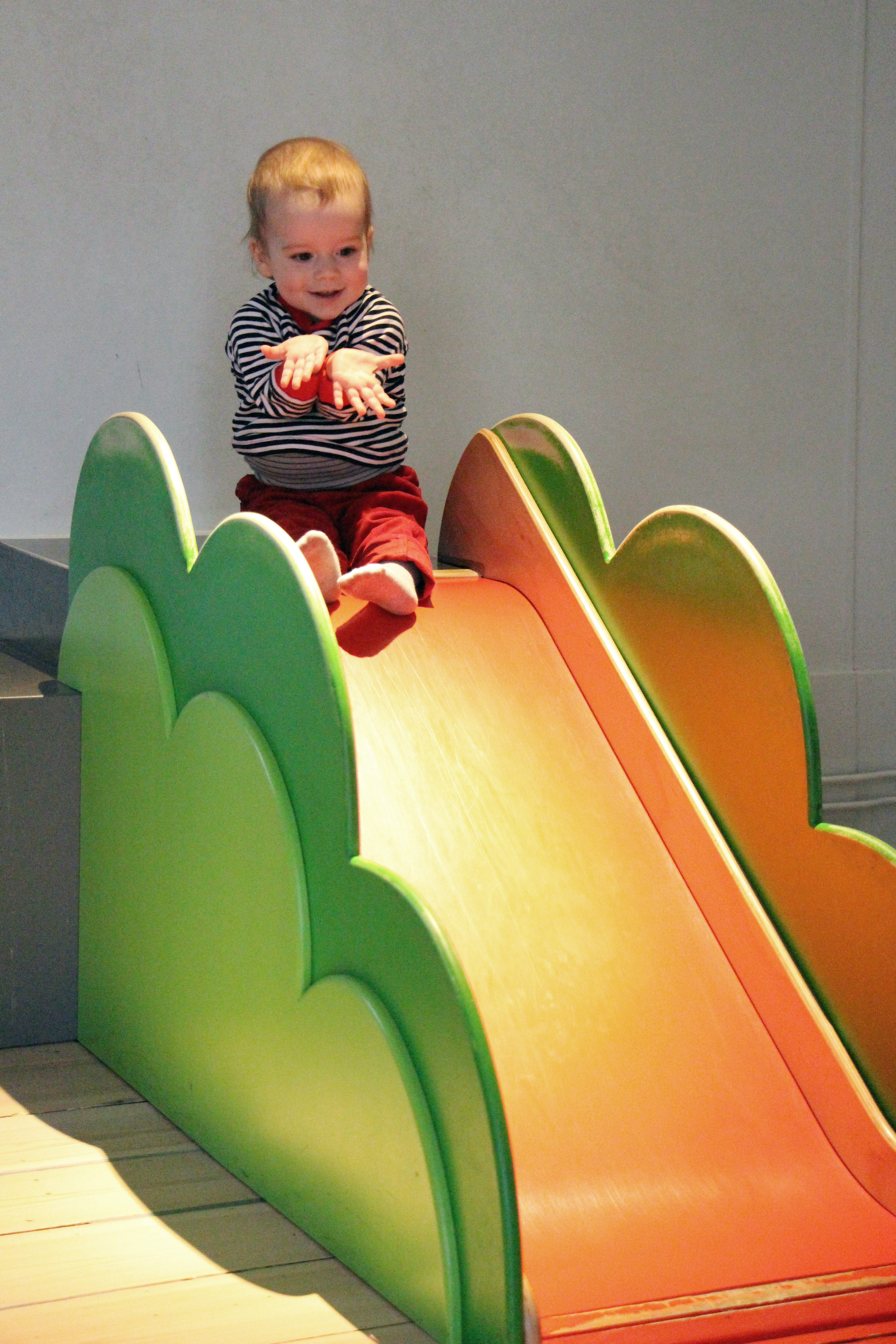 The replica of one of Gothenburg’s iconic blue trams was a hot commodity! 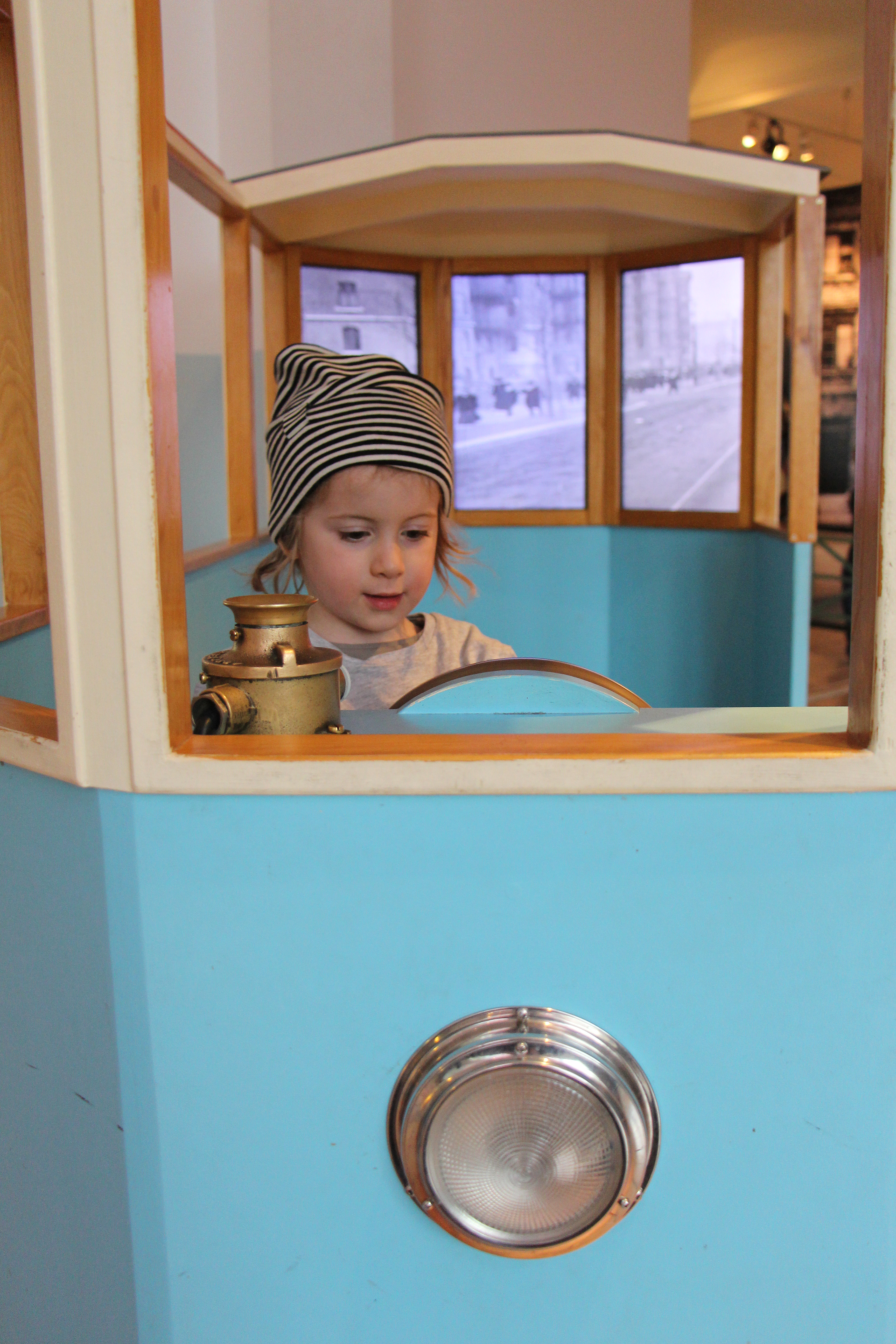 Göteborgs Stadsmuseum is open Tuesdays to Sundays (closed on Mondays). Exact opening times can be found on the museum website. Admission is free for under 25s, and it’s only 60 SEK (around £5) per adult, and for only 100 SEK (just over £8) you can get an annual pass valid not only here but also in four other museums in Gothenburg. Even if you’re just visiting on holiday and not making use of the annual pass for the rest of the year, that’s a fantastic deal! Whether you’re visiting with kids or without, Göteborgs Stadsmuseum definitely comes highly recommended!

8 Comments on Göteborgs Stadsmuseum with Kids