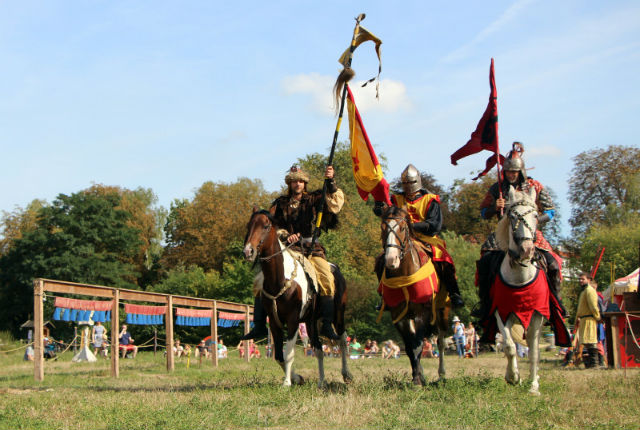 Last weekend we visited  Domäne Dahlem again – a working farm and museum in the south if Berlin – this time to attend their Medieval Festival. But first we made some quick Knights’ costumes so the boys could dress for the occasion. Edit: I have now shared a tutorial showing you how to make these! 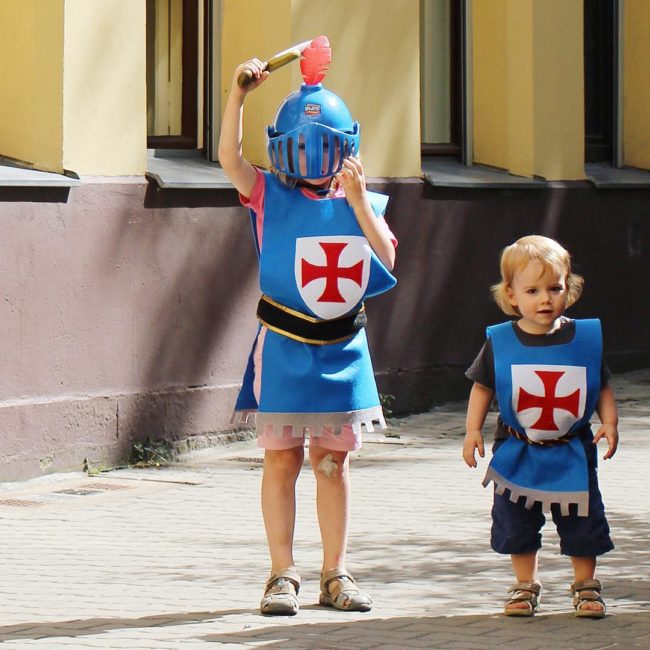 It’s just one of the many fantastic annual festivals they host there every year. In the past, we’ve been to their historical funfair, their Christmas market and their Spring festival, and we are looking forward to the potato festival at the end of this month. I think the Medieval Festival has been my favourite event there so far. We also really lucked out with the weather – on the Saturday, when we went, we were blessed with glorious sunshine.  I just wanted to share a few photos from the day with, especially from the Knights’ tournament which was the highlight of the festival and everyone’s favourite. Even Mr Fox was cheering the Knights on from his pushchair and enthusiastically clapping at their performers. 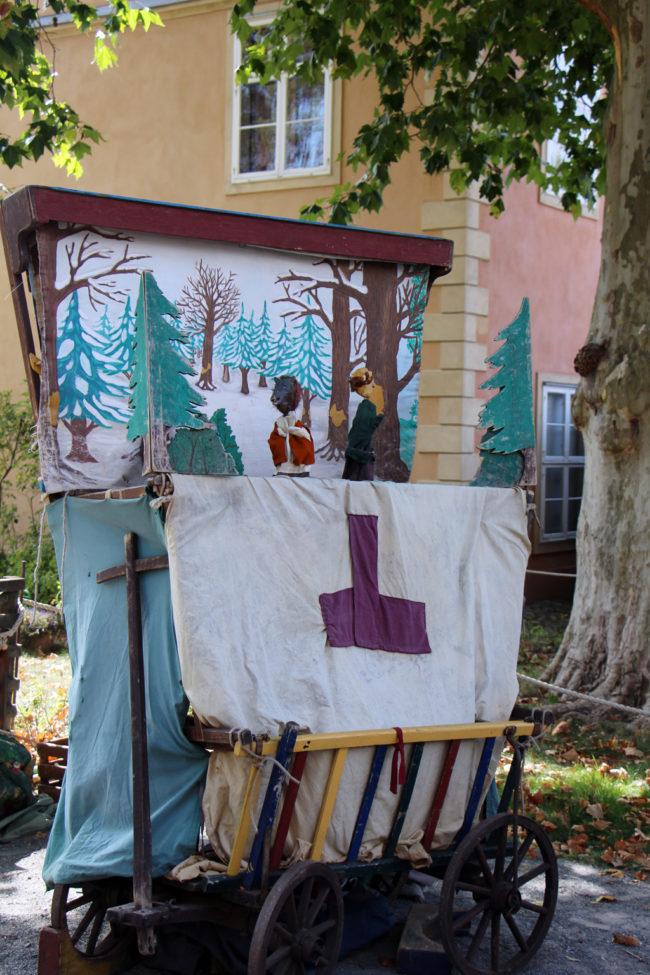 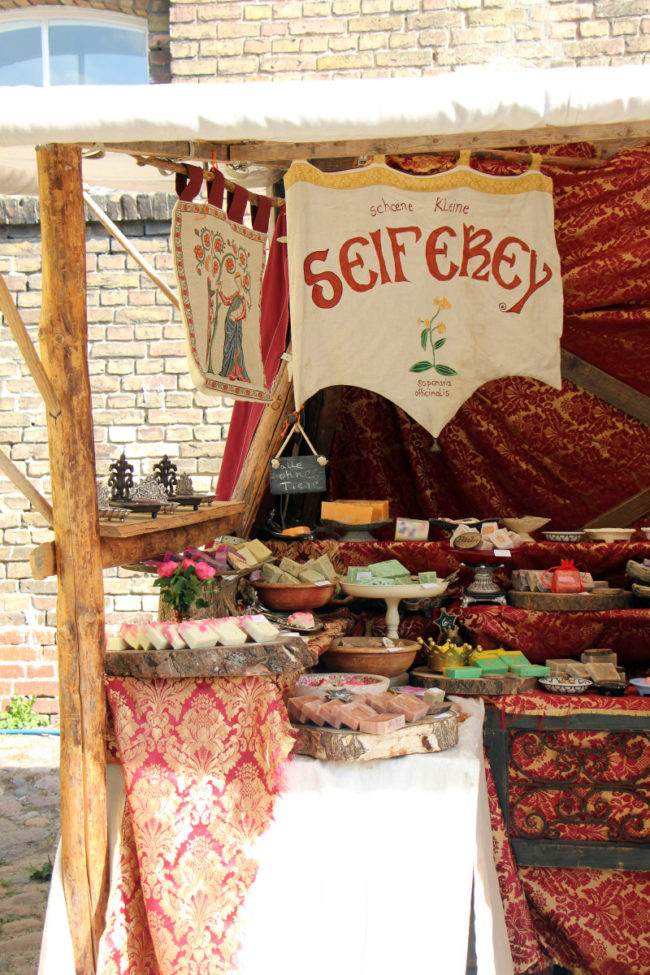 Market Stalls (this one is selling soap) 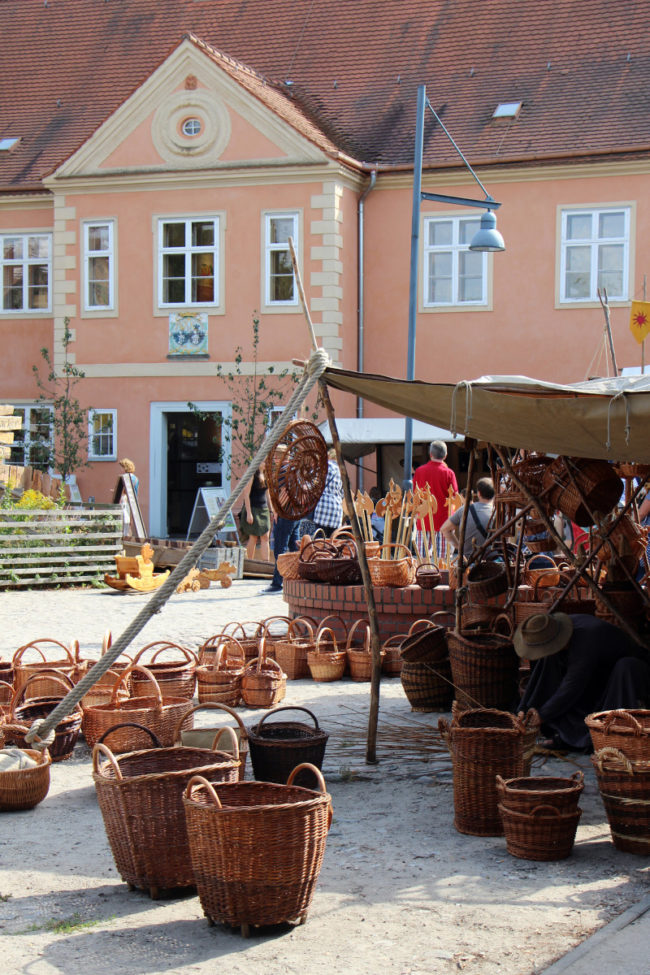 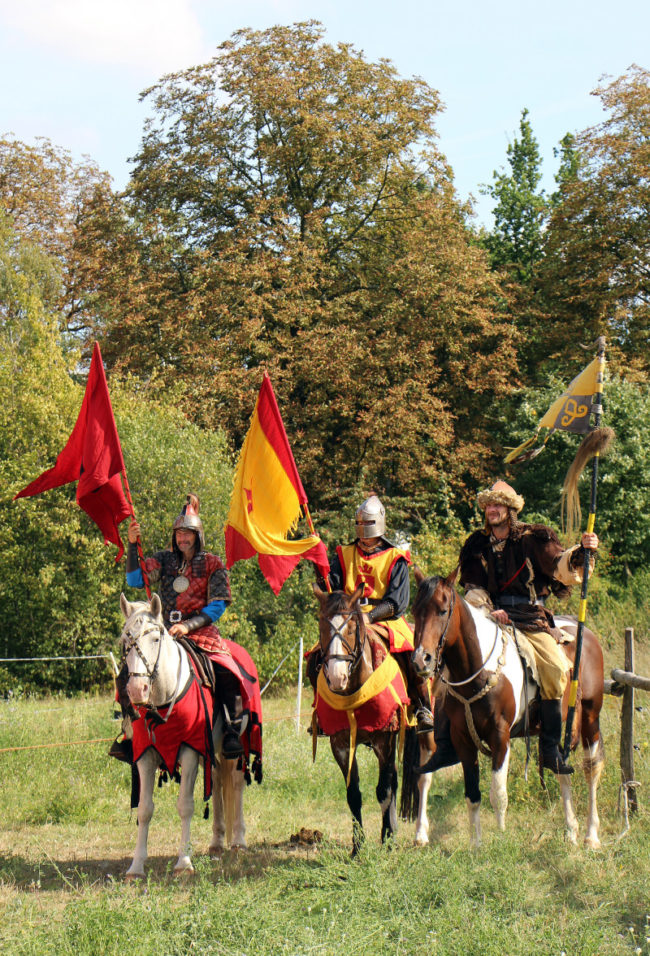 The Knight’s Tournament was the big highlight! 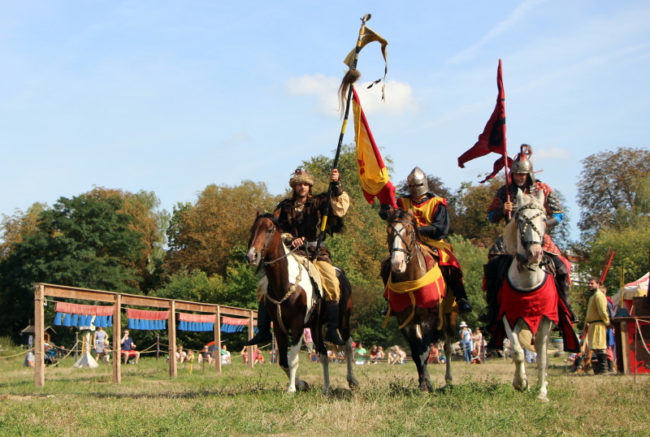 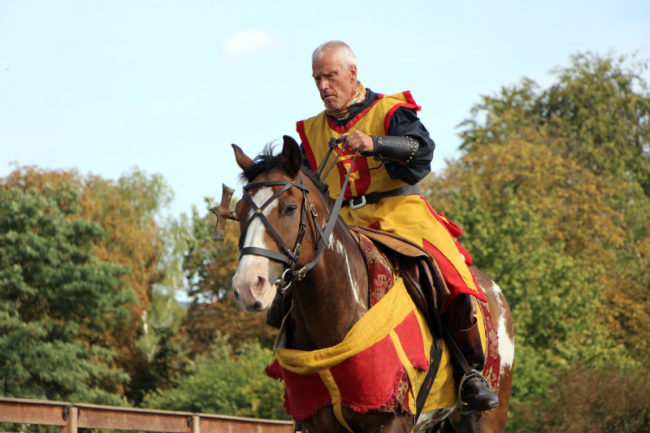 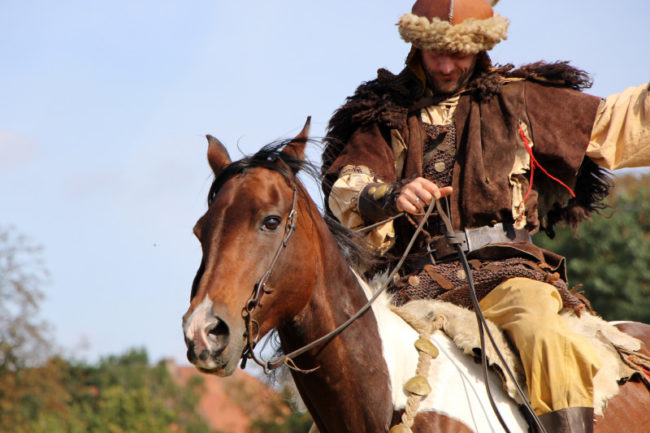 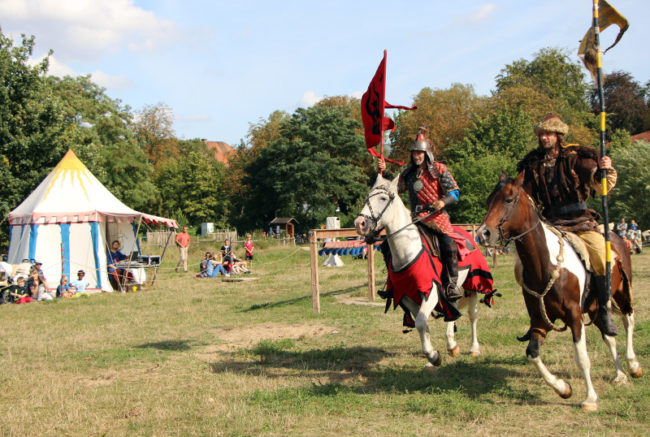 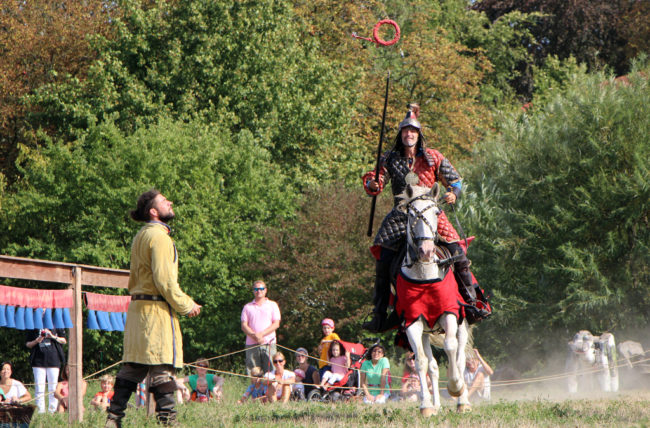 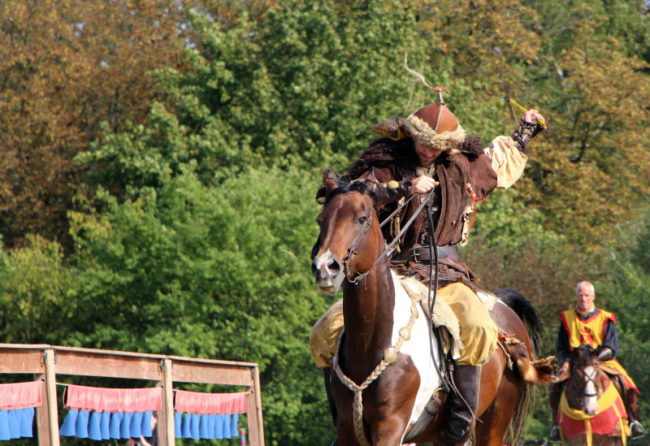 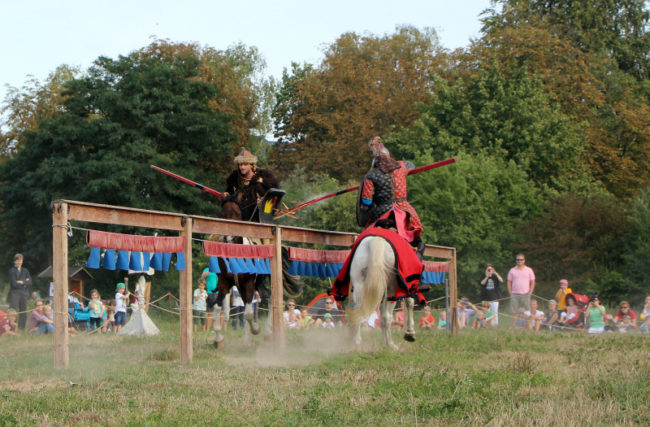 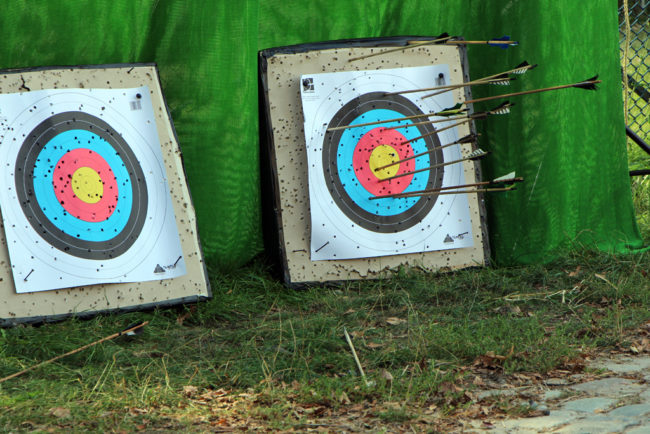 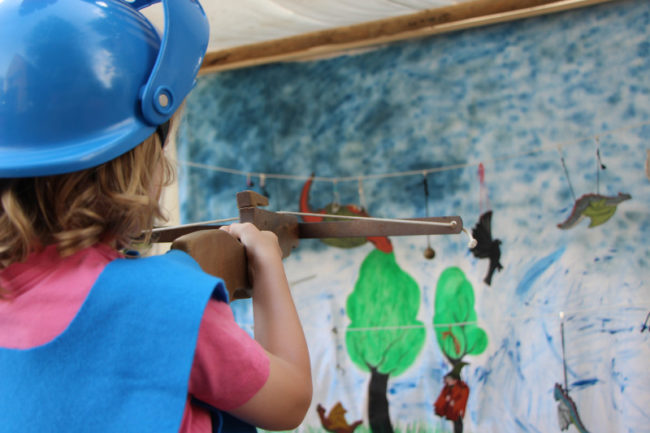 Oskar turned out to be very good at the cross bow! 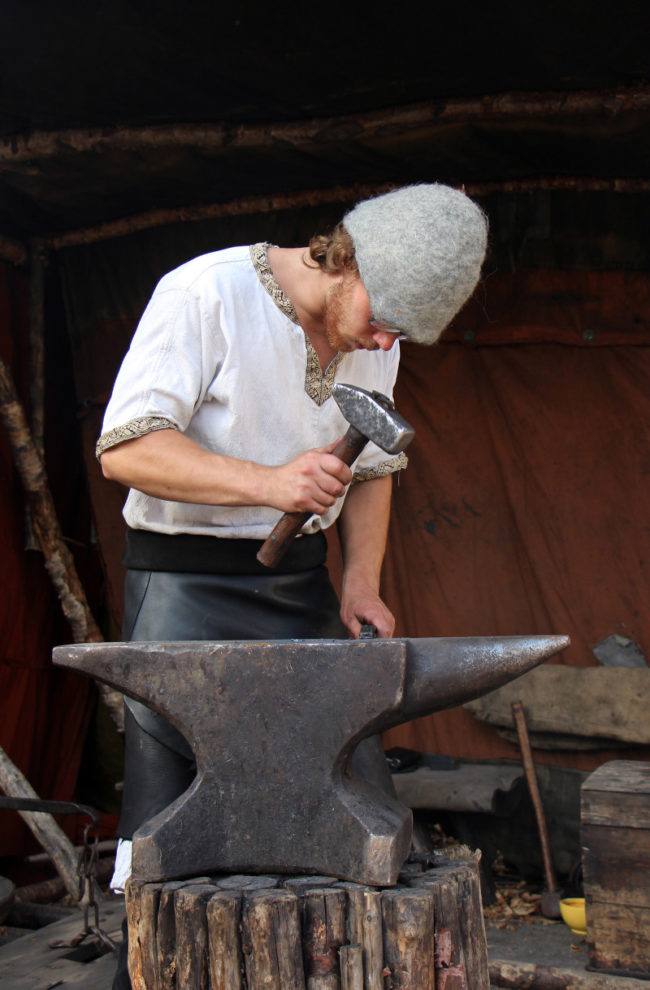 Warching the black smith at work 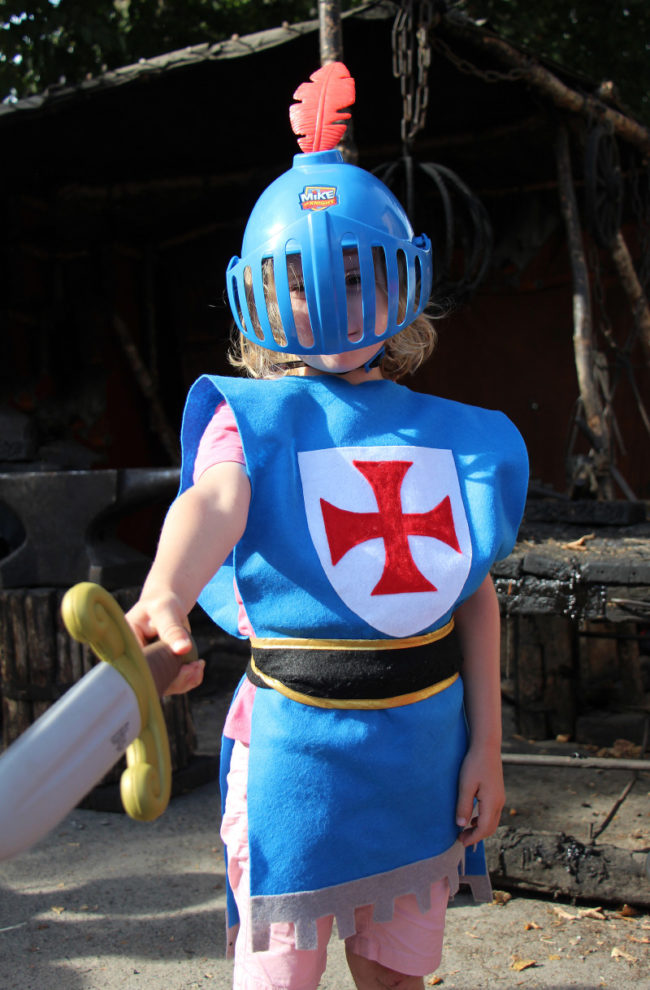 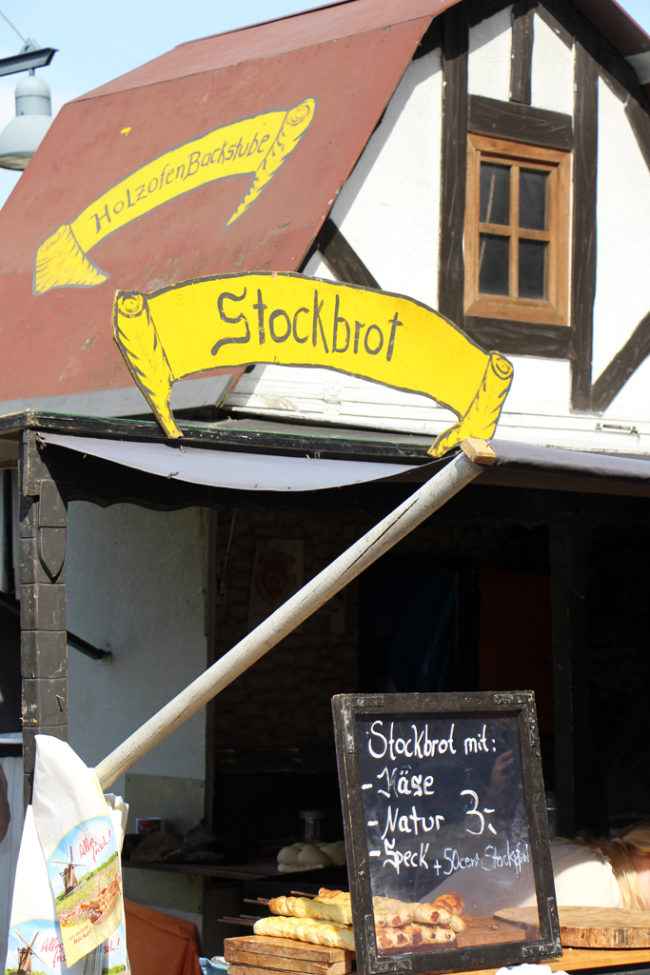 Eating bread on a stick (like a Medieval knight!) 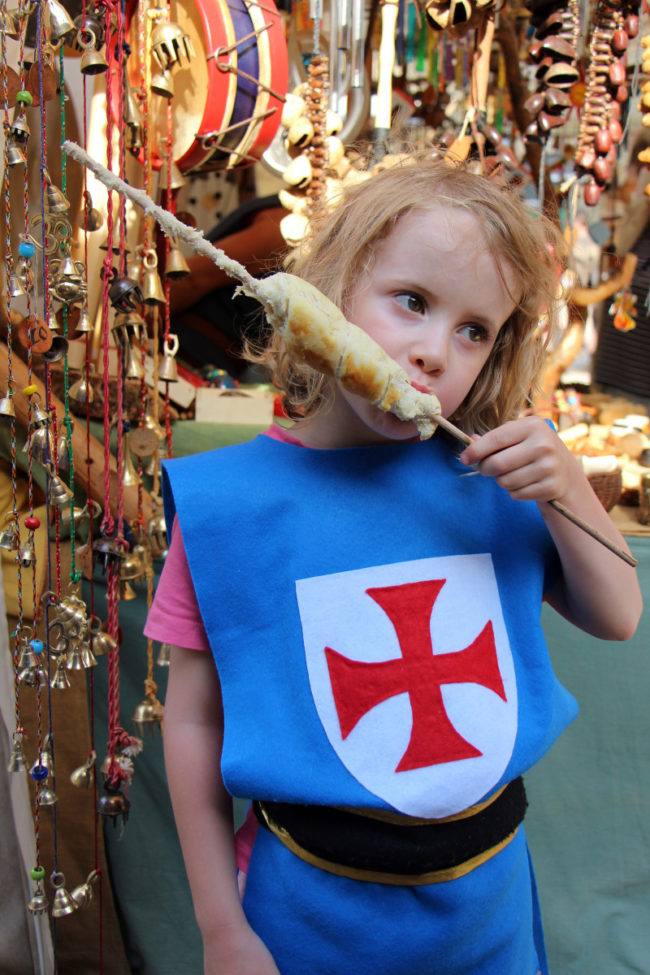 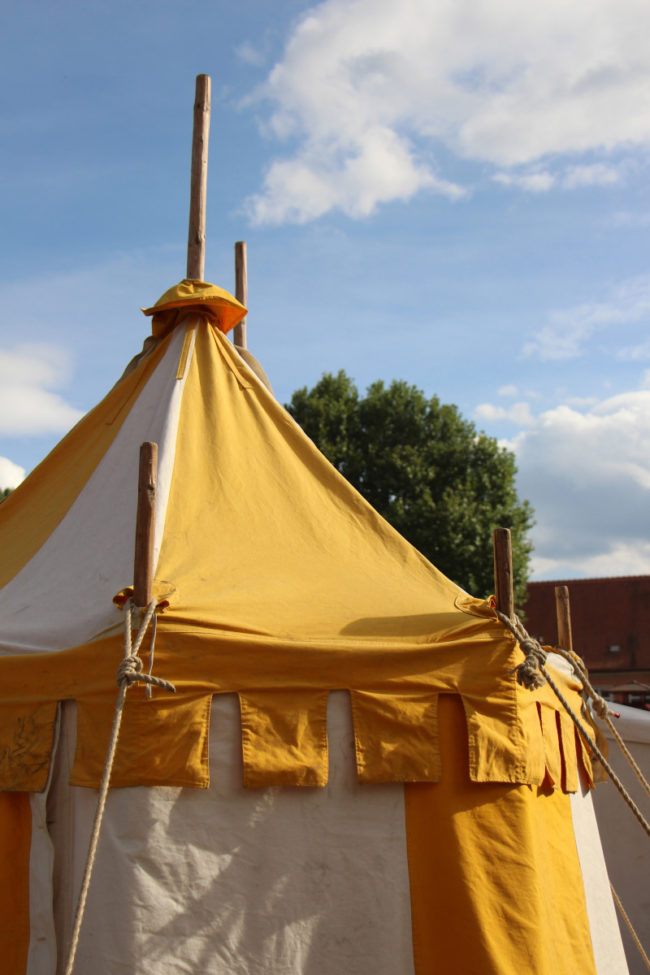 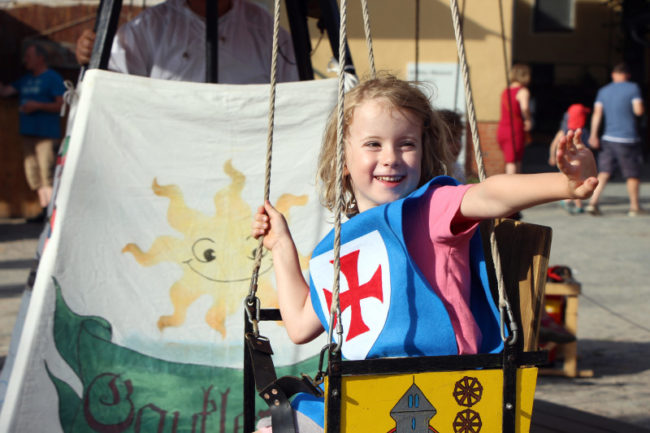 A happy little Knight on the hand-cranked carousel!

Usually access to the grounds of Domäne Dahlem is free, and you just pay admission if you want to go in to the museum, but for their special events and festivals there is a charge to enter the site, though it’s very reasonable and under 12s go free. You can find up to date details on opening times and admission prices on their website. Even though this event is now over, it takes place every year, usually the first weekend of September. If you are ever visiting Berlin when the Medieval Festival is on, I would totally recommend it!