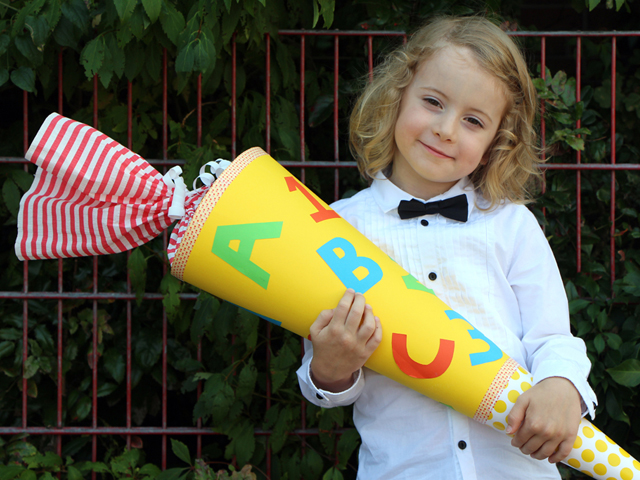 Apologies for the silence on the blog this past week, but we have been gearing up for the big day – Einschulung! If you missed my previous post, this is what the school enrolment is called here in Germany, and it’s celebrated big style with a ceremony at school followed by a party with friends and family. We had a bit of a scare mid week, when my son suddenly came down with a 39+ fever. We rushed to the doctor who diagnosed a throat infection and said bed rest and hoping for the best was all we could do. My heart literally broke at the thought he may have to miss his big, once-in-a-lifetime milestone. But the gods seemed to be on our side, because he made a miraculous recovery by this morning. Well, he still has a bit of a sore throat and hardly ate any of the much anticipated cakes he had wished for, but he was fever free and generally feeling fit again. So we all breathed a big sigh of relief, threw on our freshly ironed shirts and dresses, and headed towards his new school. When we arrived, all the kids were having their photos taken in the playground, proudly sporting their ‘Schultüte’ (the big cones filled with sweets and gifts – check our my tutorial on how to make your own!). Then we all filed in to the assembly hall for the enrolment ceremony. In our school, kids in years 1 to 3 are in mixed classes, so the kids from the other years put on a performance with songs, poems and dancing, to welcome their new classmates. Then the teachers were introduced, and each new kid was called to the front by a buddy, who presented them with a class necklace and carried their Schultüte for them. Then they all set off to see their new classrooms and have their first lesson. Meanwhile, us parents – after a little pep talk from the school principle on how best to support our kids in this new phase of their lives – mingled in the playground and waited to pick up our kids and sneak a look at the classrooms. This being Berlin, there were, of course, Bretzl on offer alongside tea and coffee. The school’s ‘friends association’ also had a stall and we dutifully signed up – the funds pay for things like the new sound system in the assembly hall. Then it was finally time to be reunited with our ‘Schulkind’ (school kid). He seemed happy, albeit slightly overwhelmed, and after another round of photographs we headed home for a rest before his afternoon tea party – and to unpack his Schultüte! Thanks to the Indian summer we are having, we were able to have the party in our back yard. A couple of good friends came to help us celebrate. I hadn’t wanted to go over the top with the party planning, but anyone who knows me knows there had to be a few party decorations. I had seen an idea in one of our local shops here in Berlin that sells crafts materials, for some pencil bunting which was perfect for a school enrolment party, so I decided to recreate it. It was super easy and super quick to put together the night before! Similarly, the cupcake toppers were easy-peasy – I just cut out some circles, wrote ABC/ 123/Schulkind on the front to match the occasion and taped some toothpicks on the back (the fact I had a large circle punch meant it took a matter of minutes, but cutting them out by hand wouldn’t take you that much longer). My finally personal touch to the decorations was stamping some ABC/123 decorations on to the handles of the wooden cutlery I like to use for parties (available e.g. from Casa di Falcone). The school themed napkins were just one of the many motifs available in shops here at this time of year, that I had picked up the other week. Once the guests arrived, there was another round of presents to be opened. Amongst other things, he received books, drawing materials and an alarm clock. Everything had some kind of relation to starting school, though it did feel a bit like birthday and Christmas come together. To complete the party, I’d bought some new cartridges for the Instax Mini I have kicking about and never use, and our boy had great fun taking pictures of all the guests holding up props. All in all, we had a lovely day. So, there are definitely some perks to living in Germany, and taking part in such a wonderful tradition to mark the beginning of school definitely ranks high on the list! Did any of you have children starting school this year or already in school? How did you celebrate the big day? 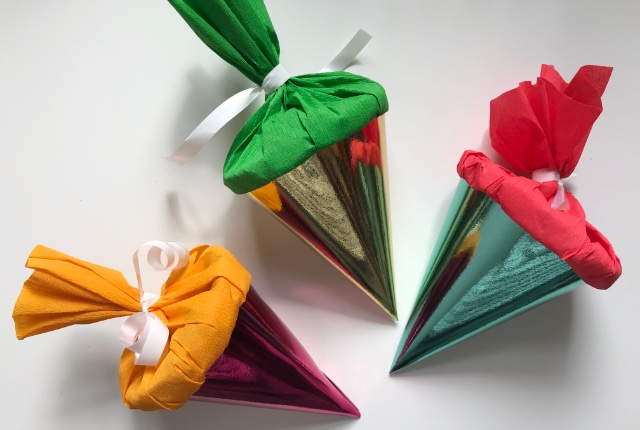 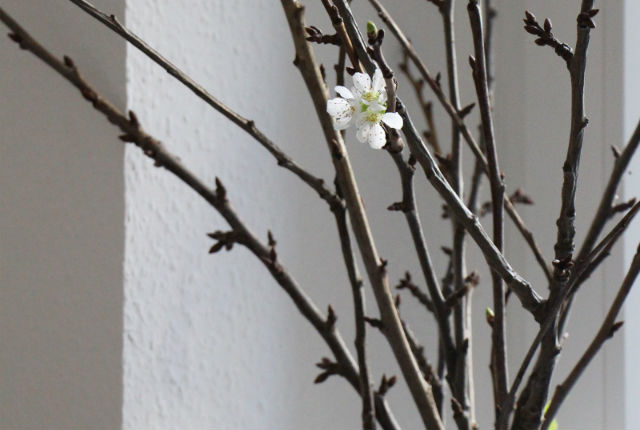