Happy Museum Monday! We’re just back from our summer holiday in Germany, and have a fab museum that we visited on our travels to share with you. 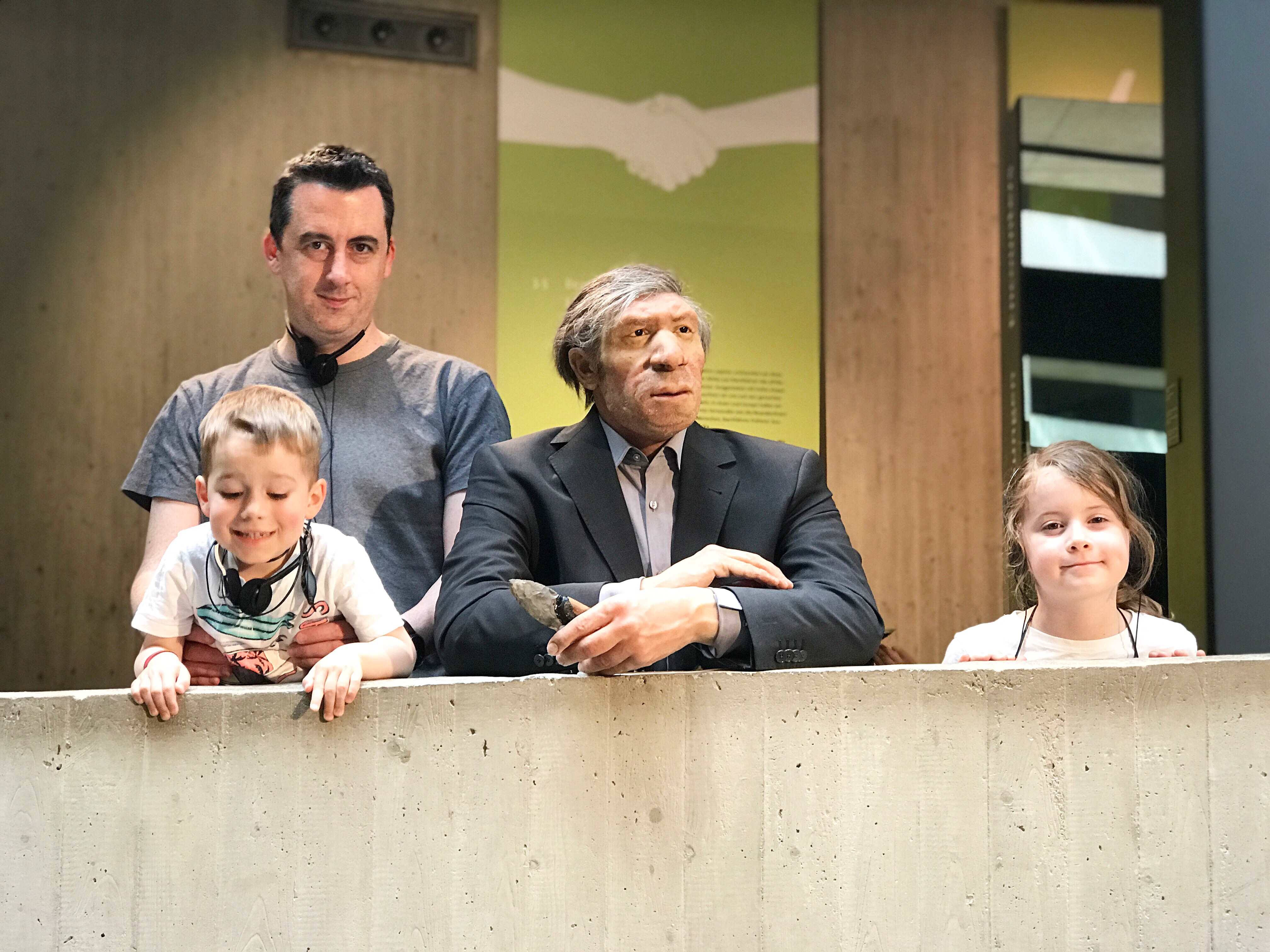 The Neanderthal Museum in Mettmann is located at the site of the first Neanderthal man discovery in the Neandertal (Tal is German for valley) and tells the story of humankind from its beginnings on the African savannah more than four million years ago through to the present day. Our 4-year-old has recently been asking lots of questions about how humans evolved, so we thought this would be the perfect place to take him – and his big brother too, of course. 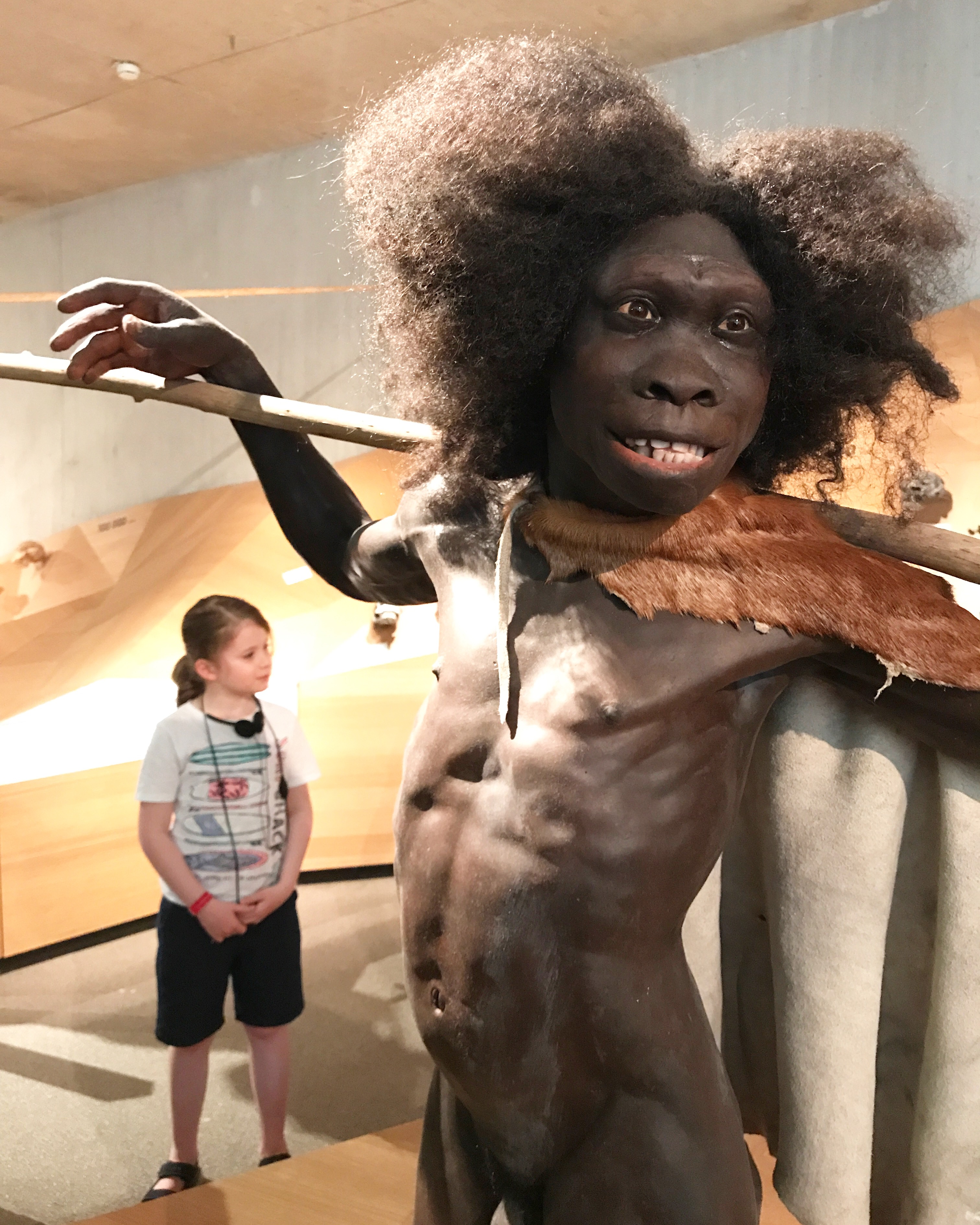 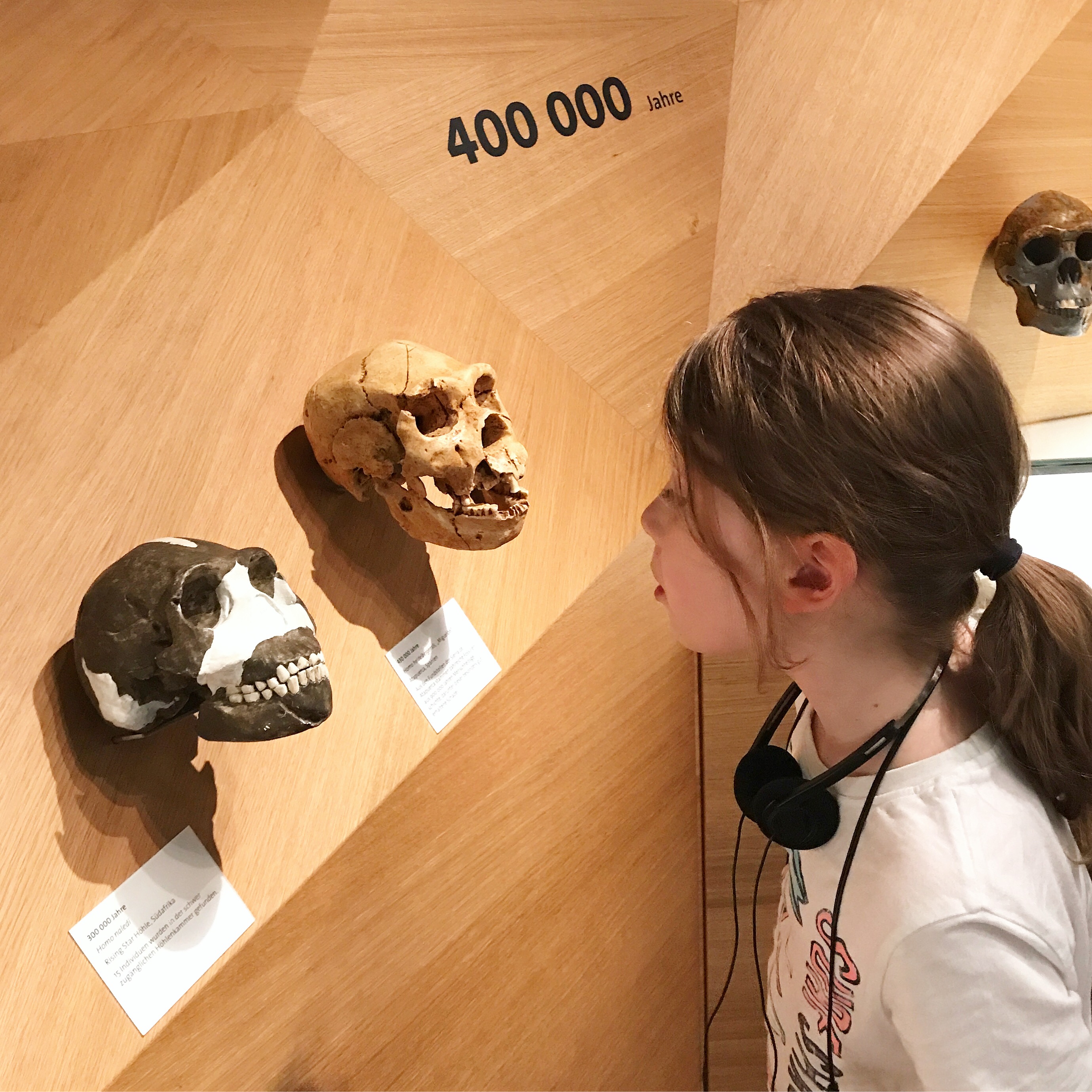 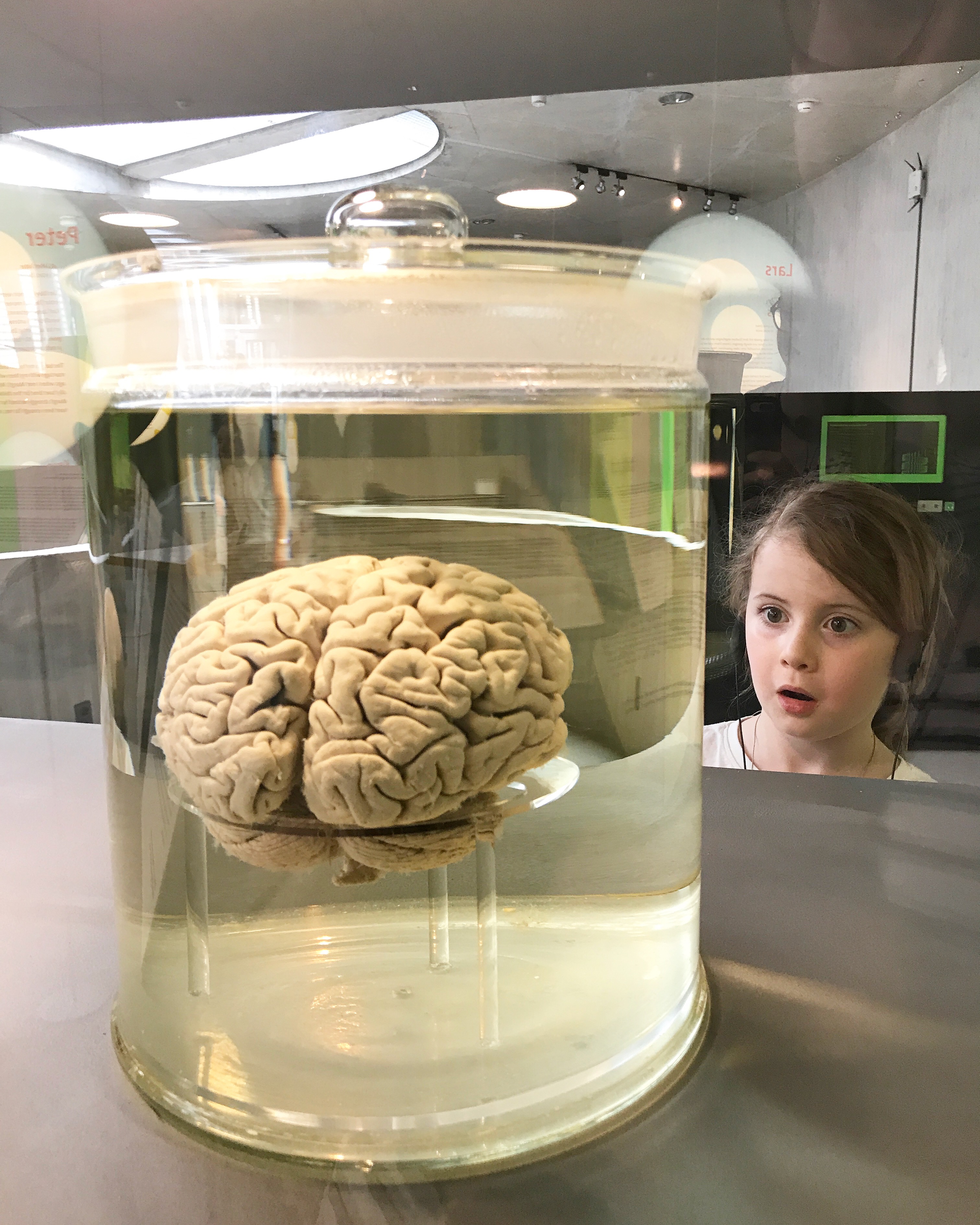 There’s plenty in the museum to engage kids. A giant hour glass symbolised the passing of time. Multimedia stations show how the Earth was created. Life size human models, created on the basis of fossil finds and scientific reconstruction methods, are displayed alongside historical artefacts to show the passing of time and the changes in the different stages of human evolution – you can even add yourself to the exhibition, as the most recent human specimen: “the museum visitor”. 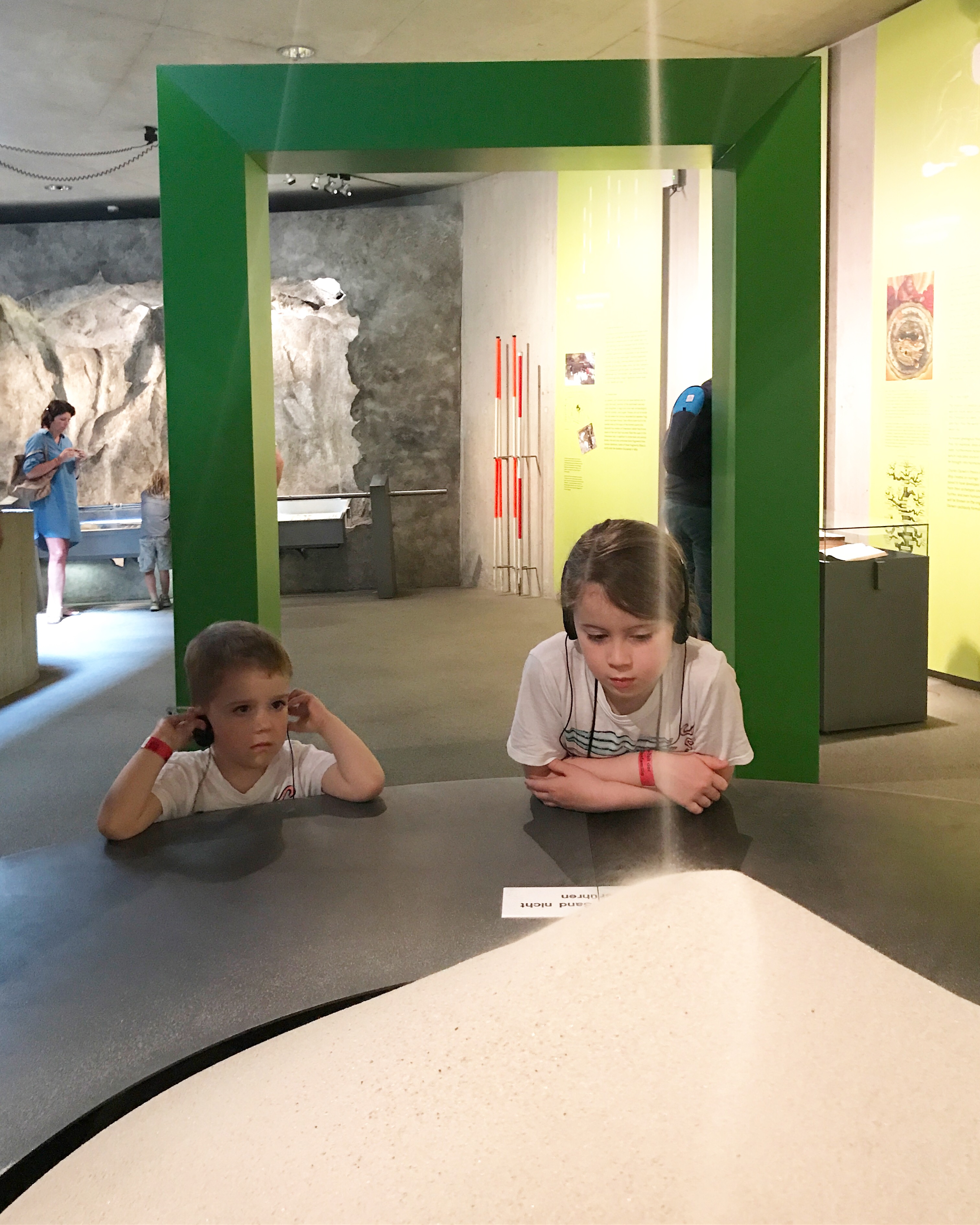 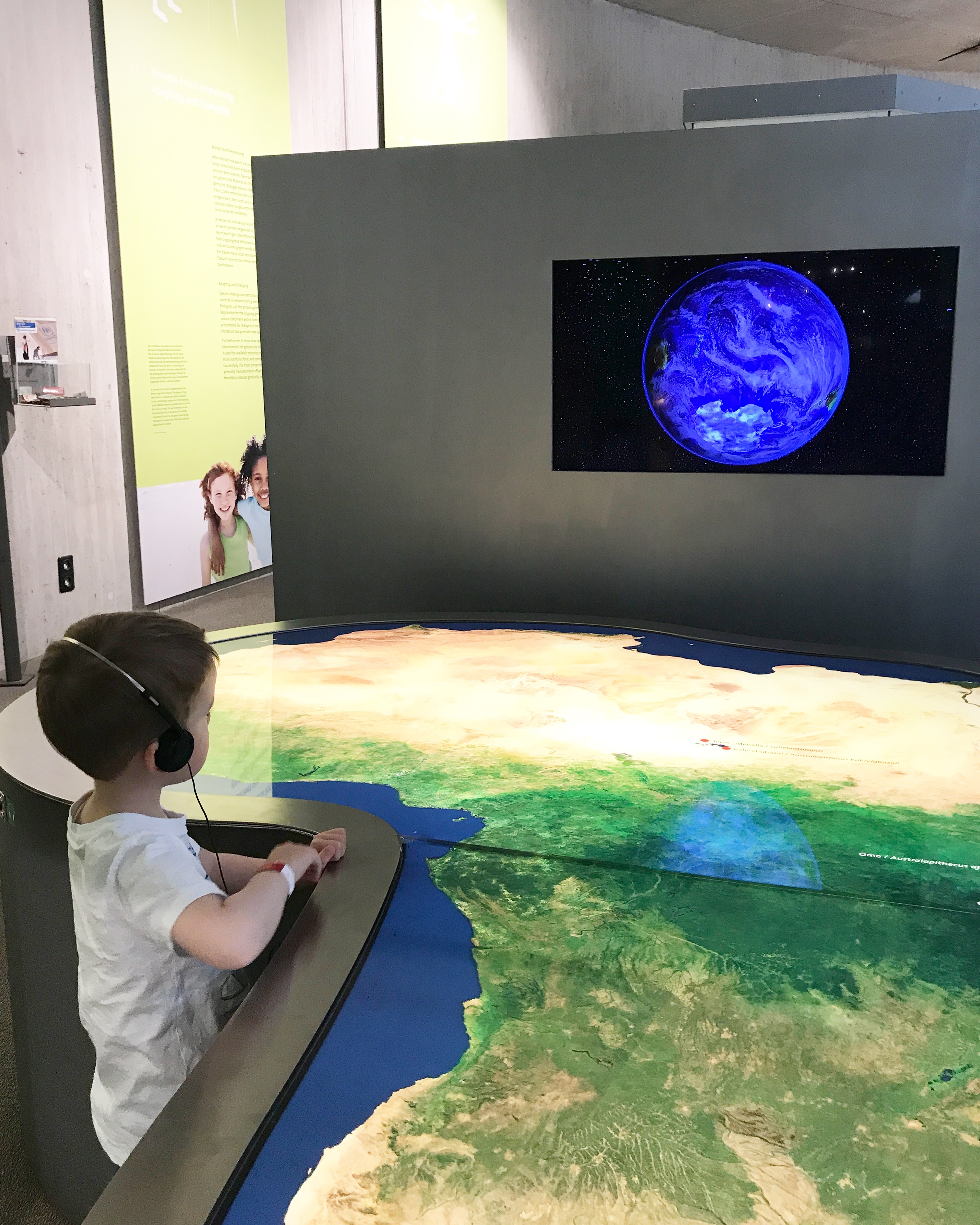 Besides the evolution of humankind, other topics covered include life and survival, tools and knowledge, myth and religion, environment and nourishment, and communication and society. The pipes that you could communicate through from once end of the exhibition to the other were a big hit especially with the kids. 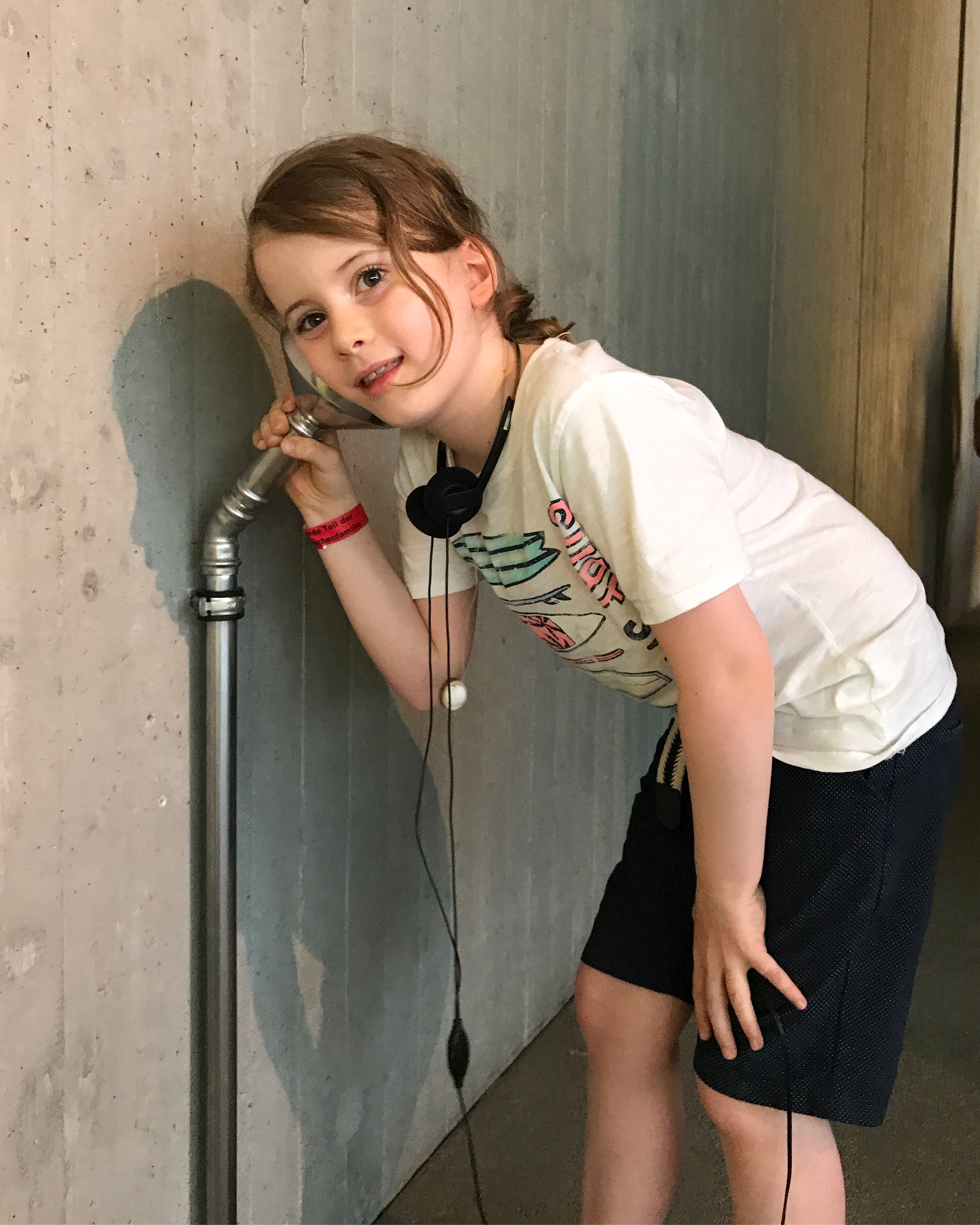 All exhibit signs in the museum as well as the audio guide are available in German and English. The way the audio guide works, is that you get a special set of headphones which you can then plug in to various stations as you walk around the exhibition, i.e. you don’t carry an audio guide itself round with you. There’s a kids version of the audio guide too for some of the stations. One of our favourite audio guide stations was in the myths section, where could listen to different creation stories from around the world next to some giant ears! 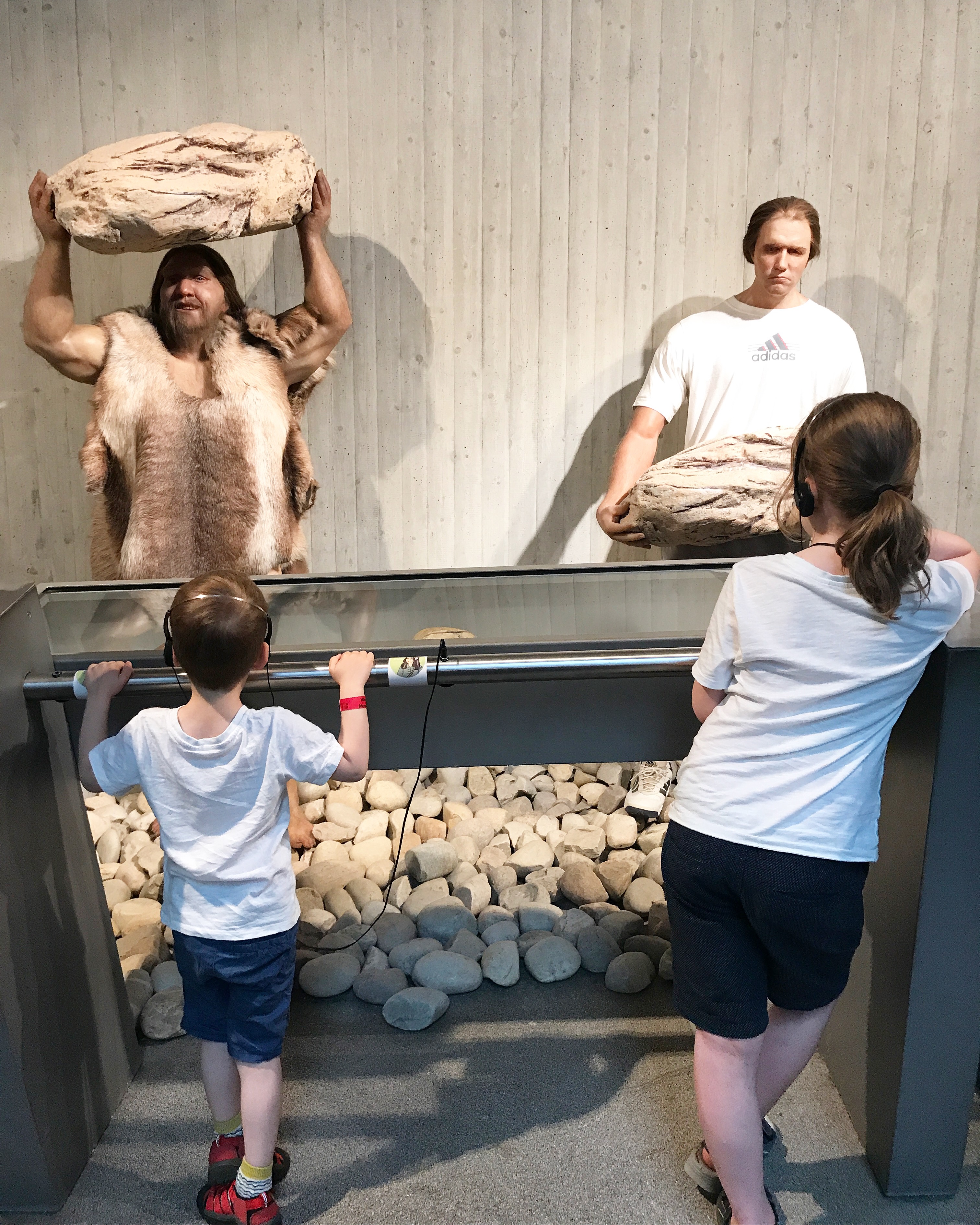 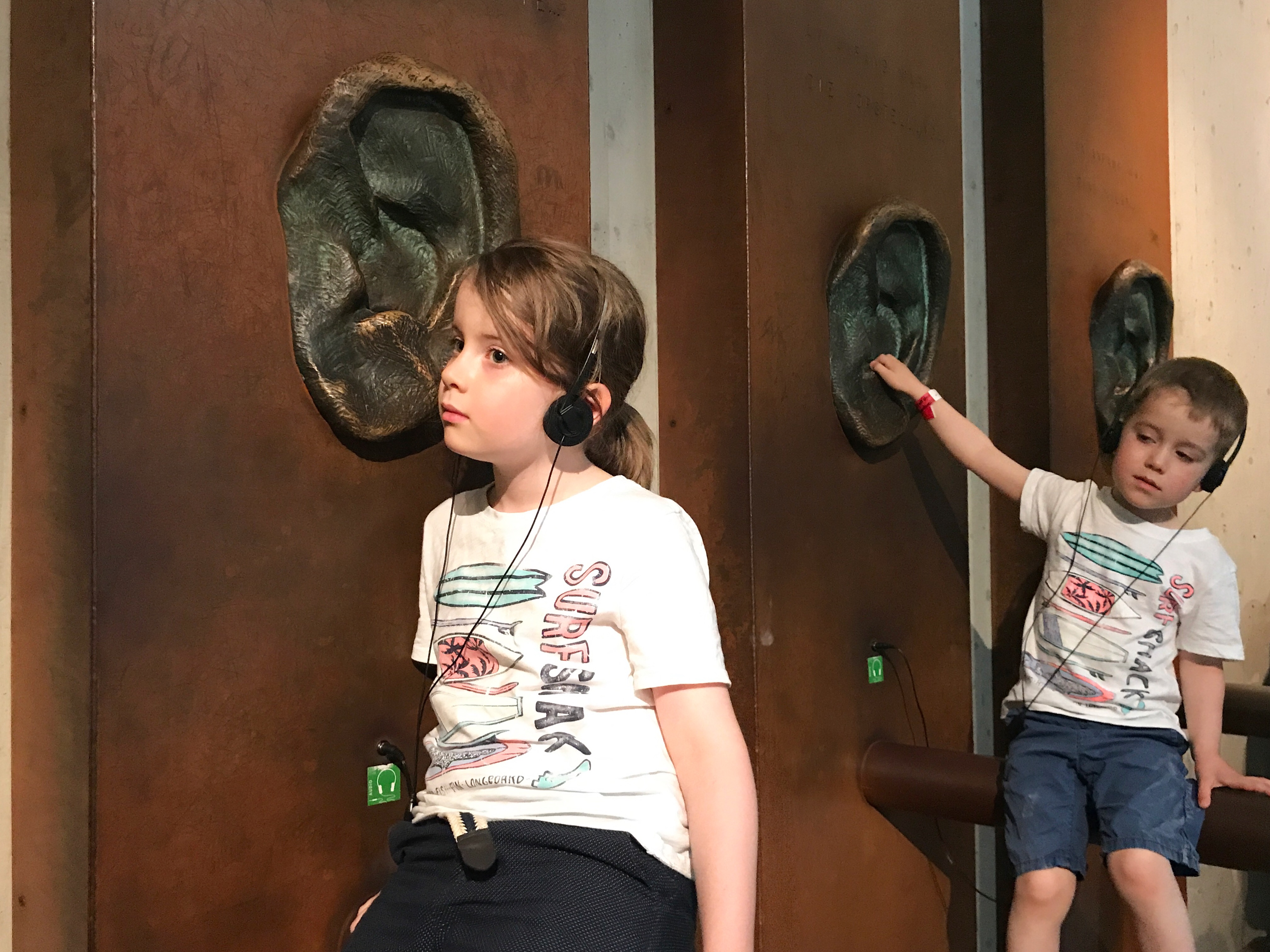 Another exhibition feature with the boys, was a set of model scenes showing an excavation site alongside different rooms of a laboratory. You had to spot a red bone in the excavation site model, and then follow its journey round all the laboratory room models to see what happened to it after it was found – the red bone appeared in each of the model scenes. 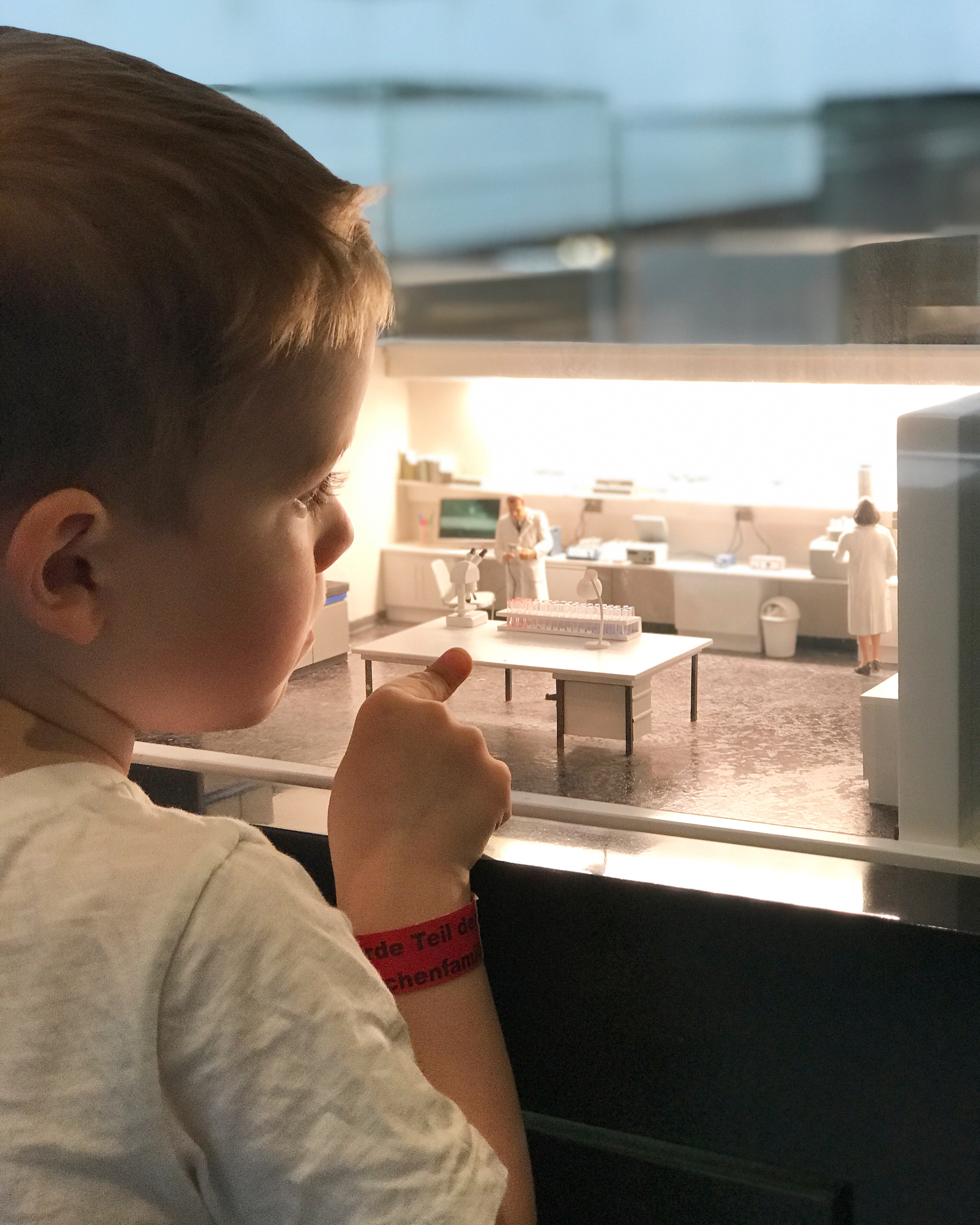 Other fun things in the museum for kids include the “Forscherbox” (lit. “explorer box”) cabinets, which have lots of doors and drawers to open and things to find, and the replica excavation site where kids can uncover a replica Neanderthal skeleton. 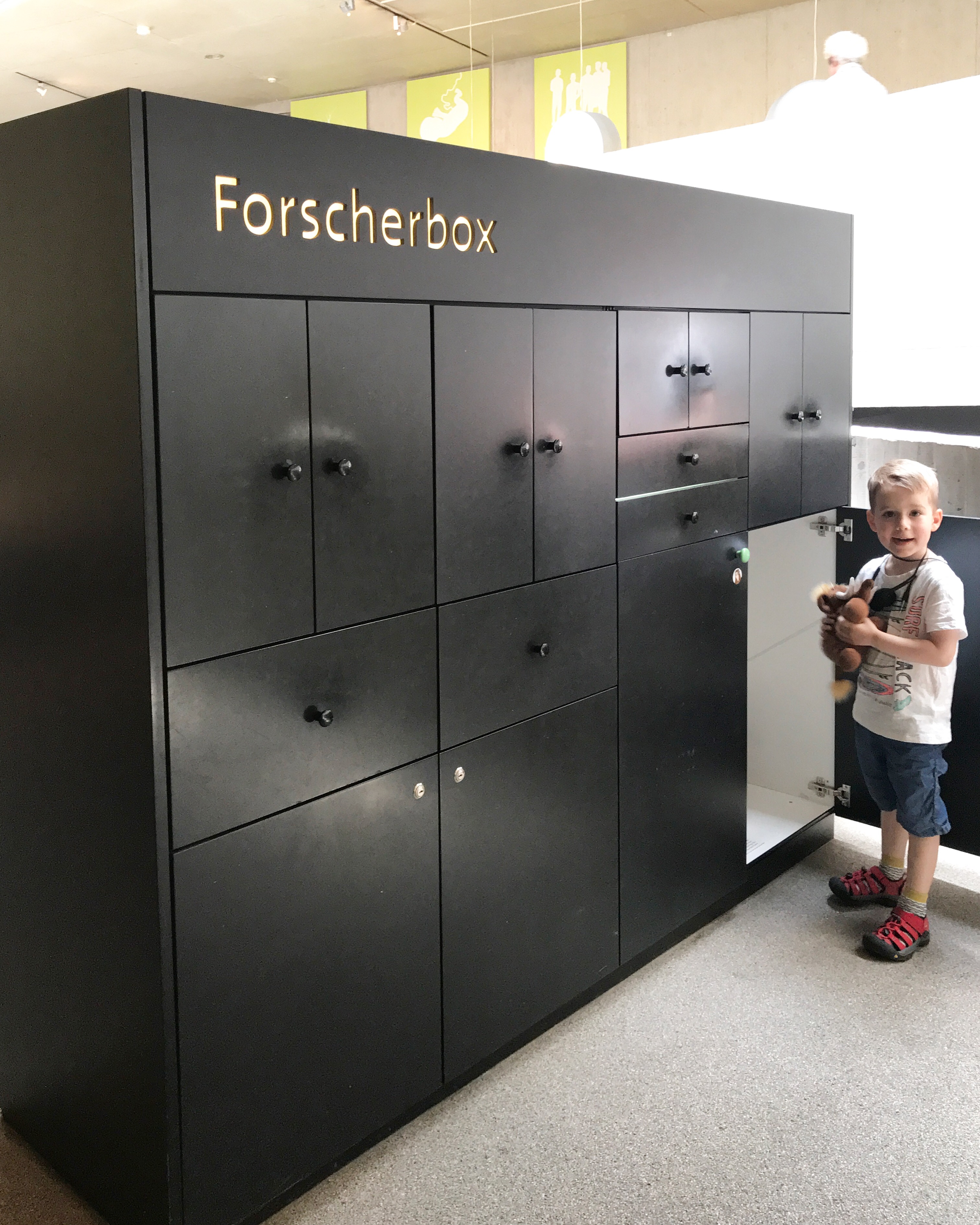 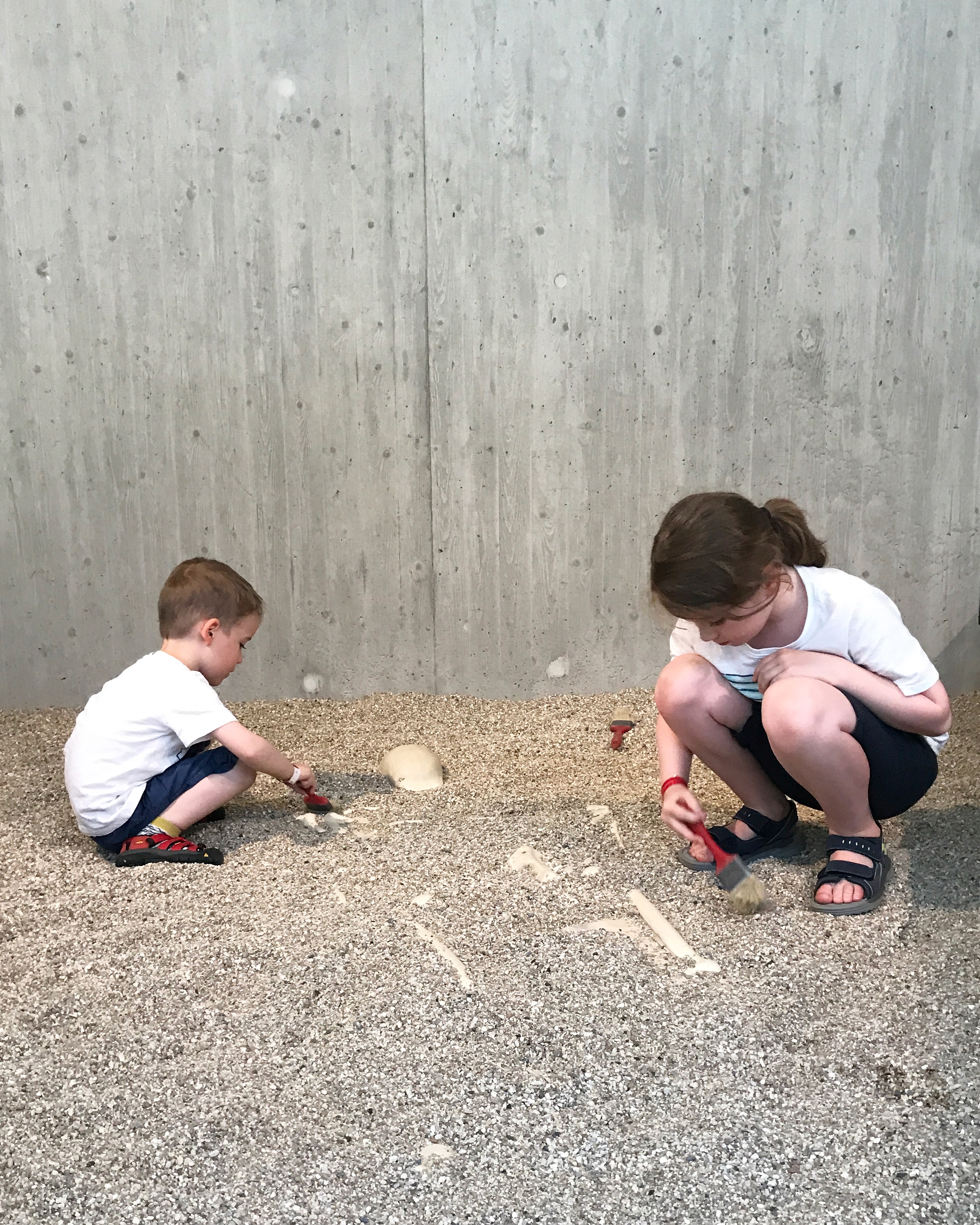 To extend your visit, you can also purchase a “Steinzeit Action Pack” (or “Stone Age Action Pack”) which includes some further activities and puzzles for kids to complete. The little cards and puzzles included in the pack are in German, but it also includes some activities that can be done without the knowledge of German such as using stone age tools to make holes in a wooden disk and some shells, to create a necklace; cracking nuts; and using the enclosed magnifying glass to look for exhibit details. 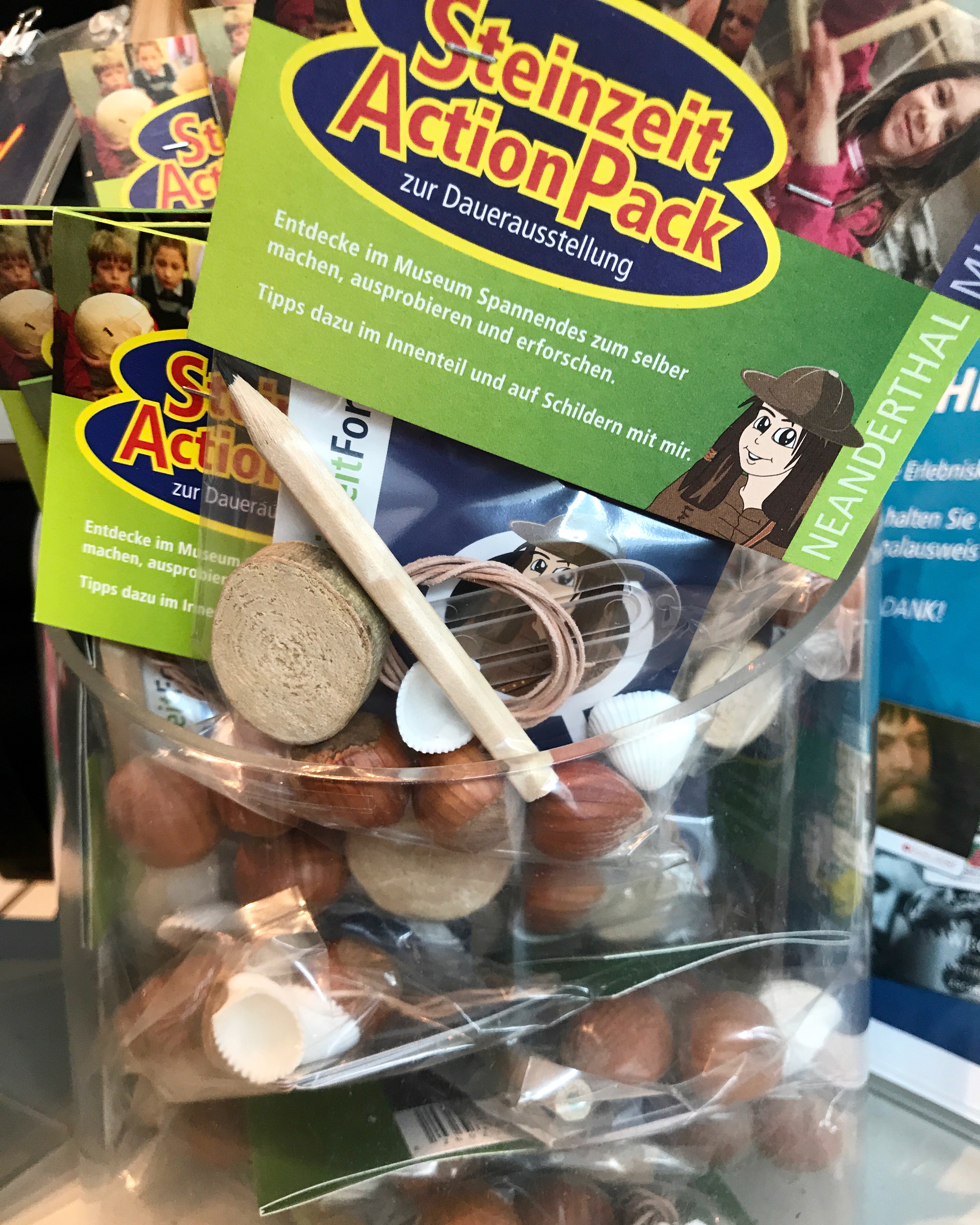 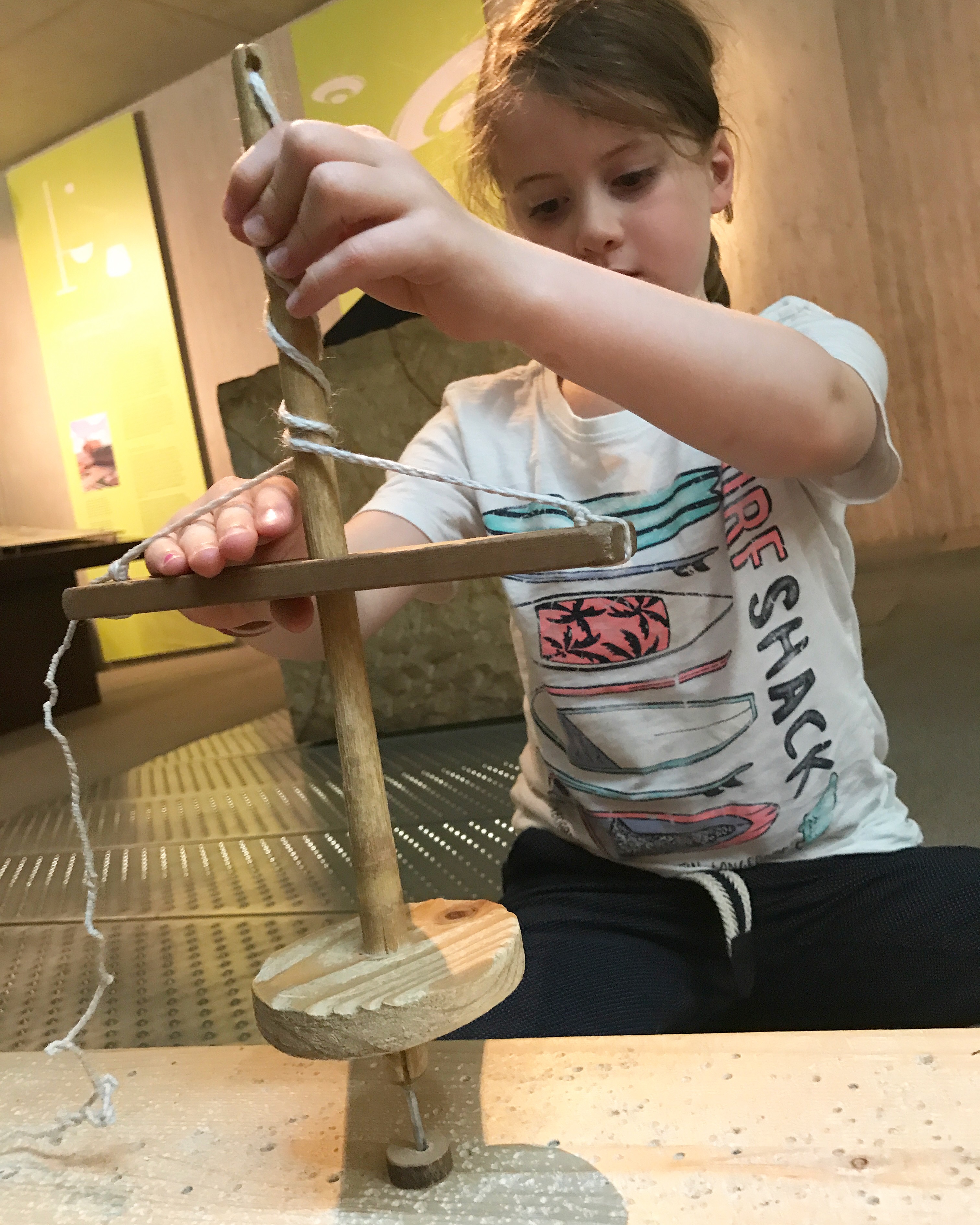 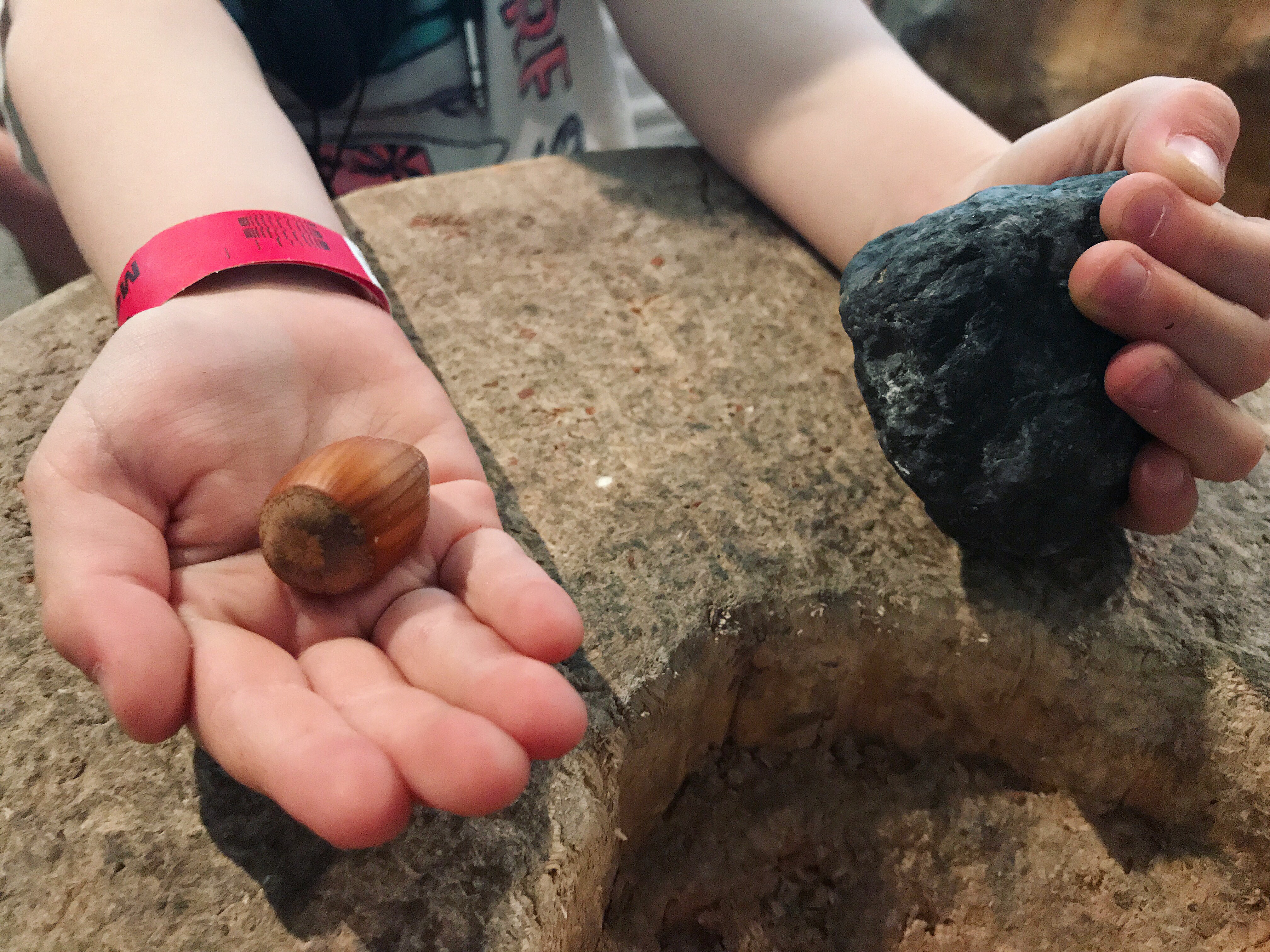 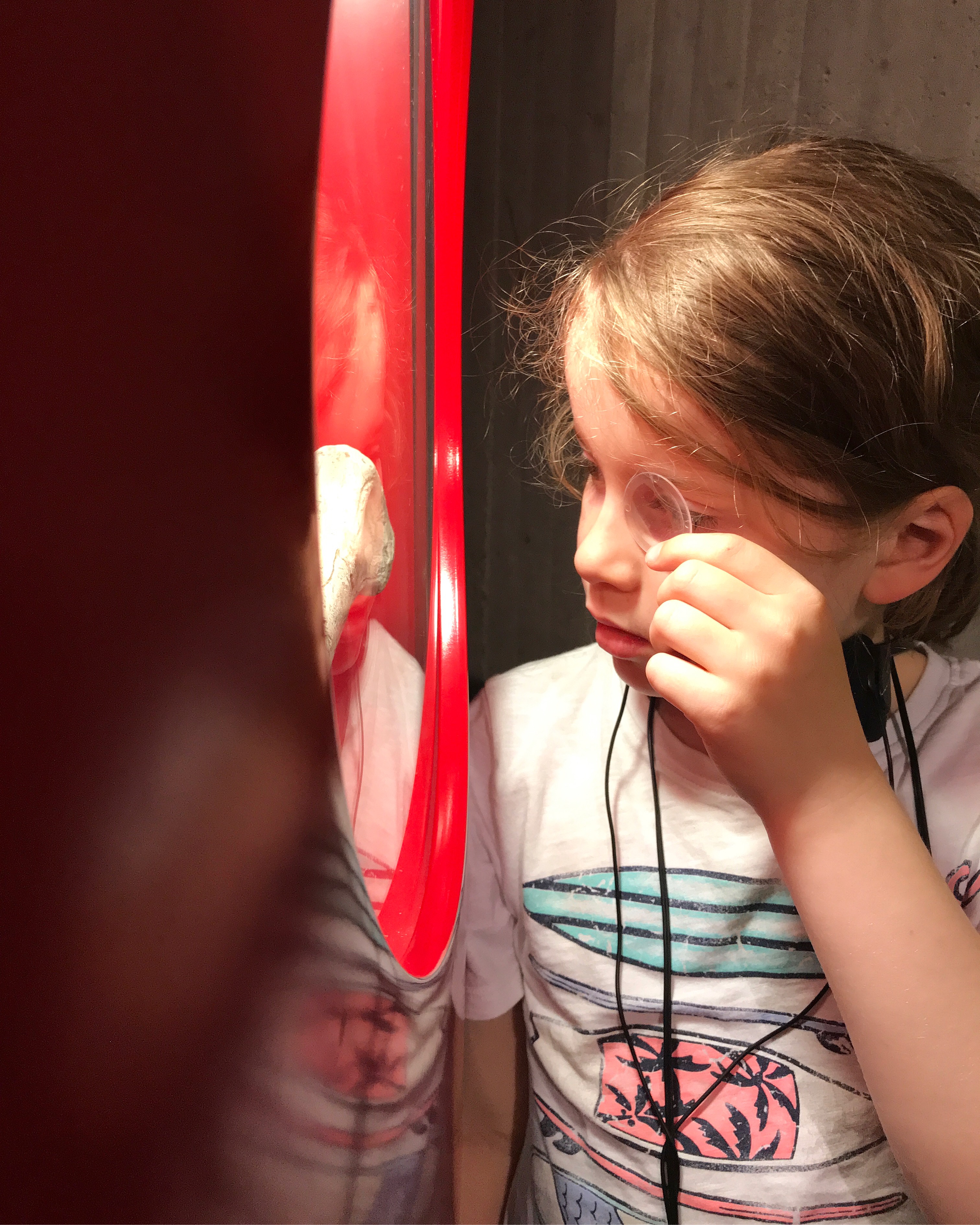 Across from the main museum building, is an art trail entitled ‘Human Traces’. It starts just behind the car park and is on a circular route, i.e. if you start at the car park you’ll end back up there too. 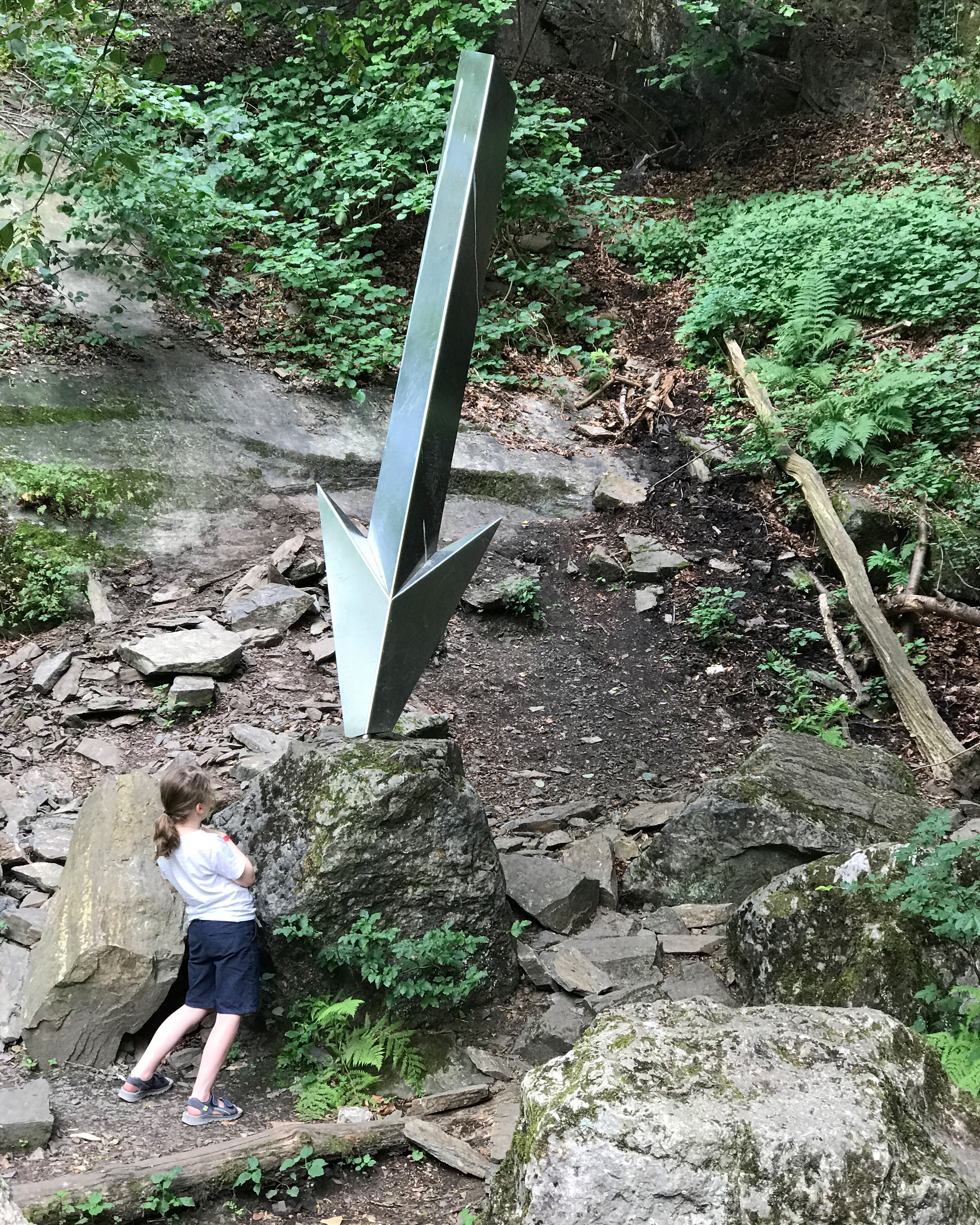 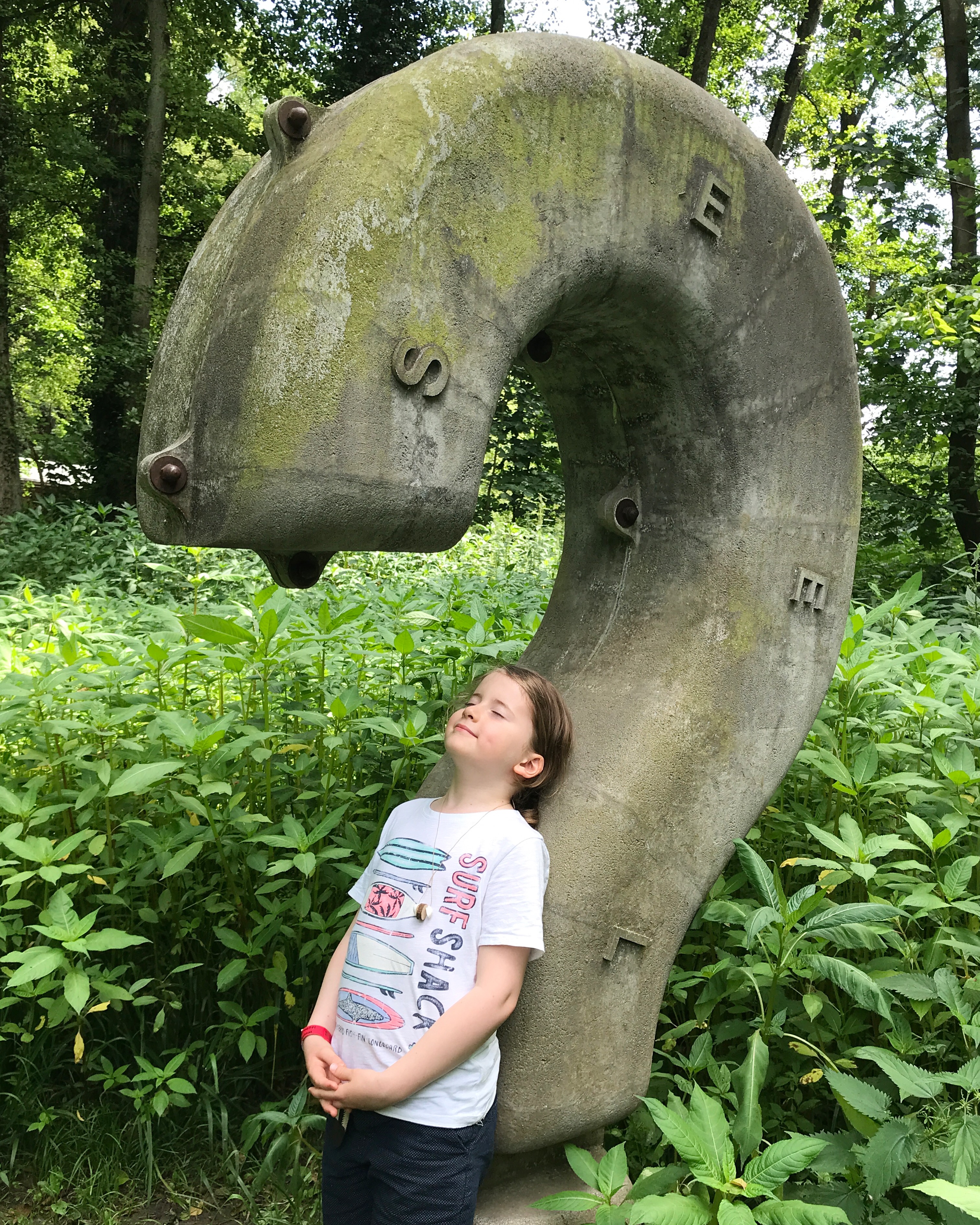 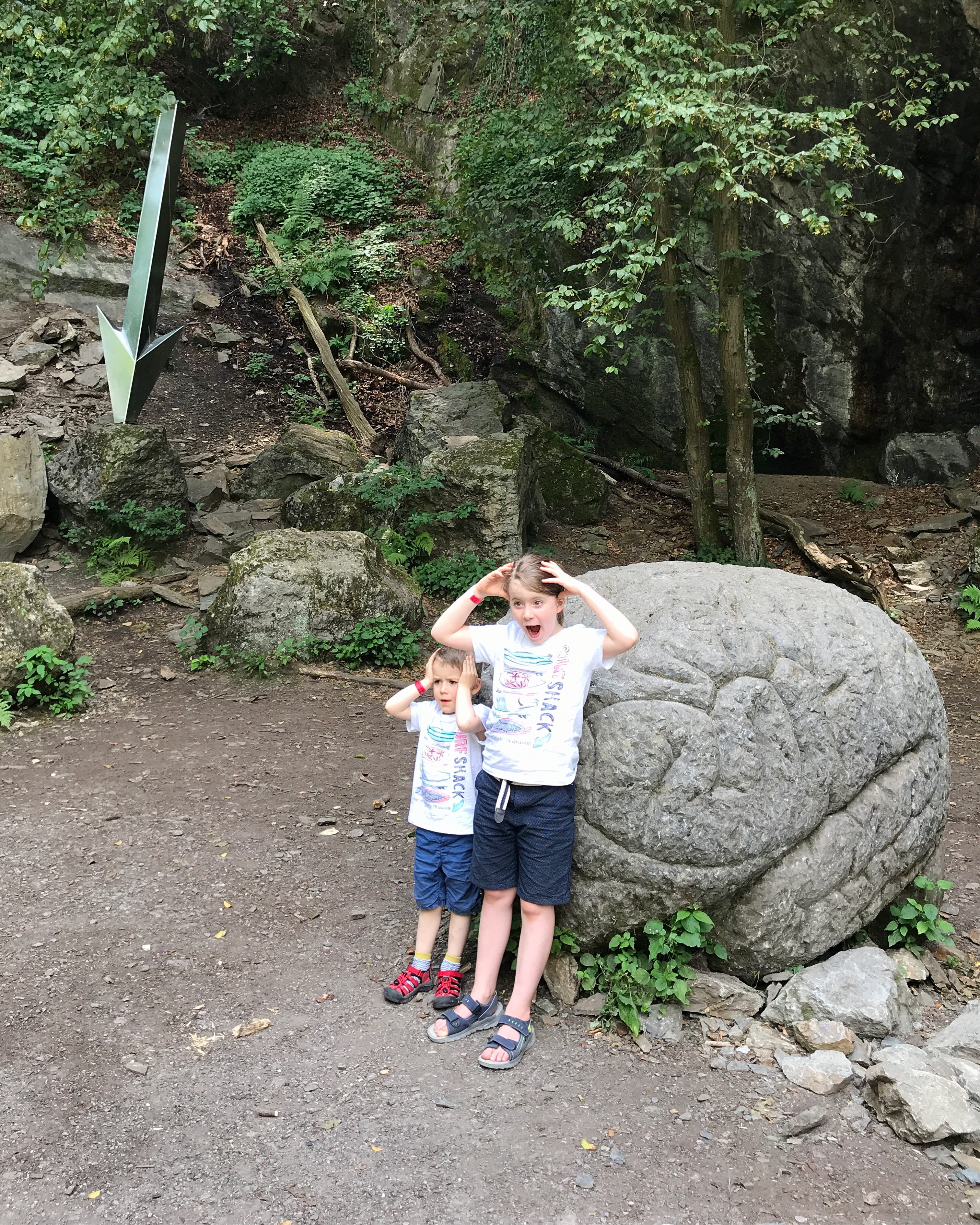 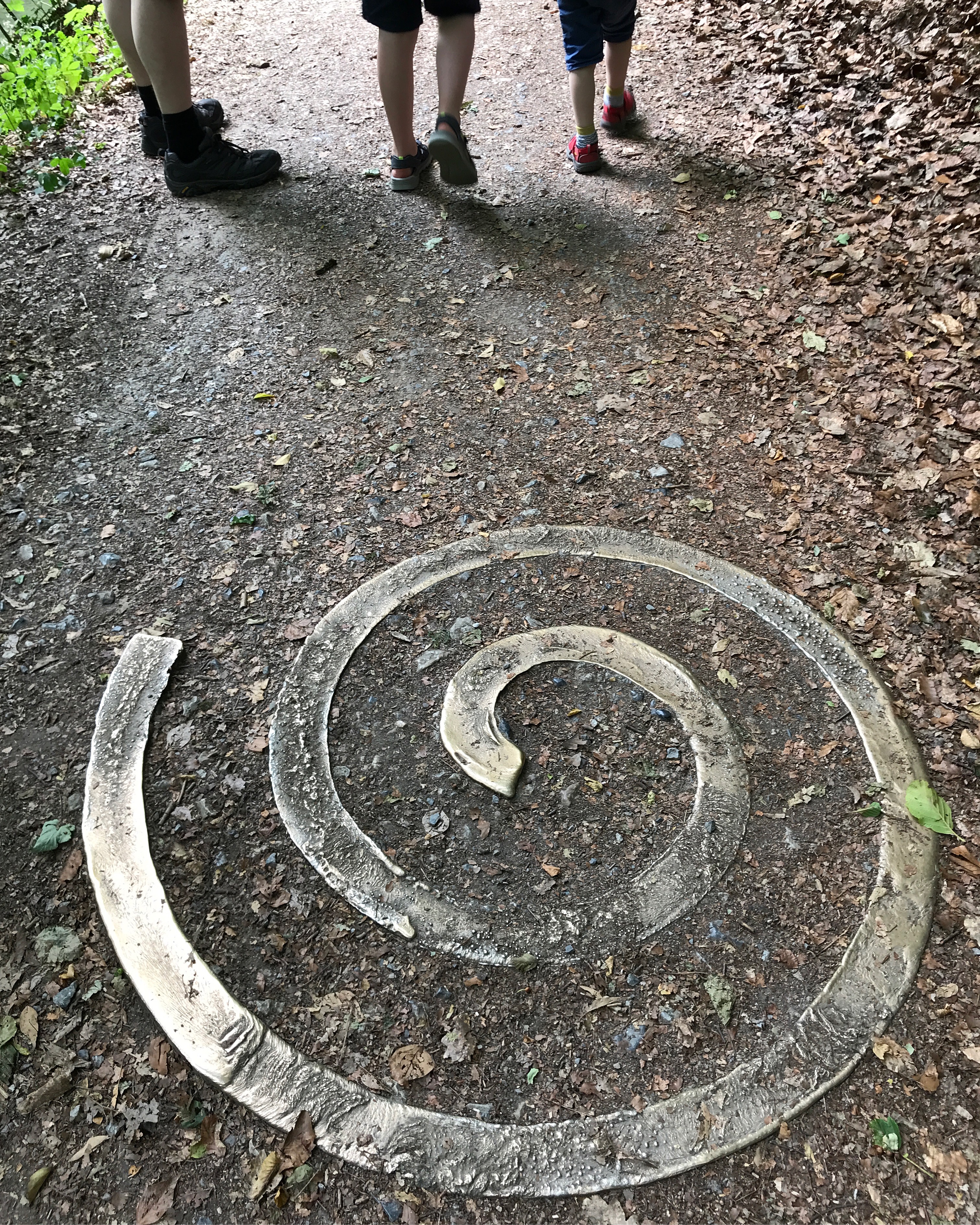 The Neanderthal is open Tuesdays to Sundays, and on public holidays. There are concession prices for children, students, visitors with disabilities and groups, and there’s a 20% discount for families. Admission prices include the audio guide, but there is a small extra fee for the kids Stone Age Action Pack. You can find up-to-date information on opening times and admission prices on the museum website. 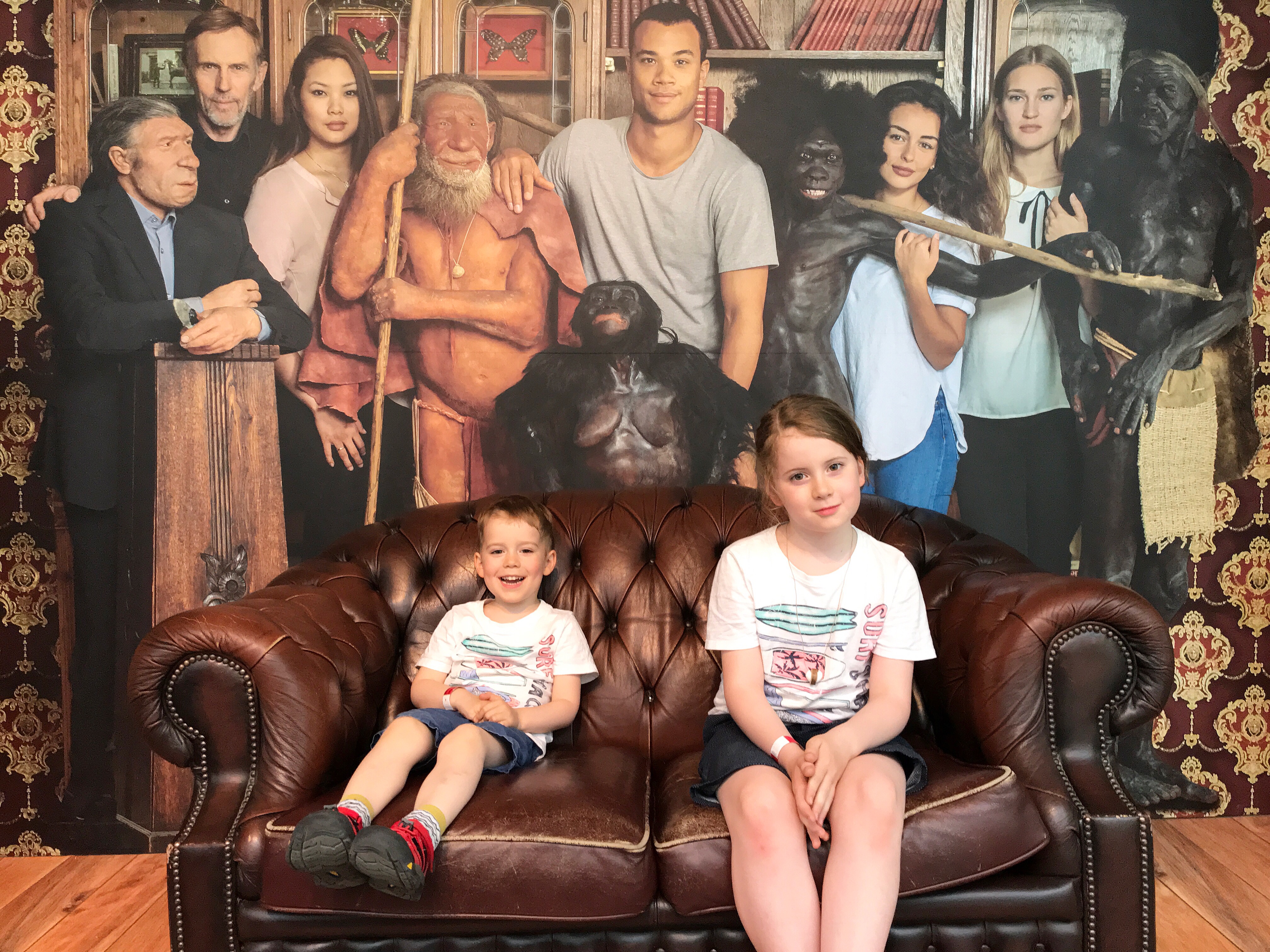 9 Comments on Exploring Evolution at the Neanderthal Museum