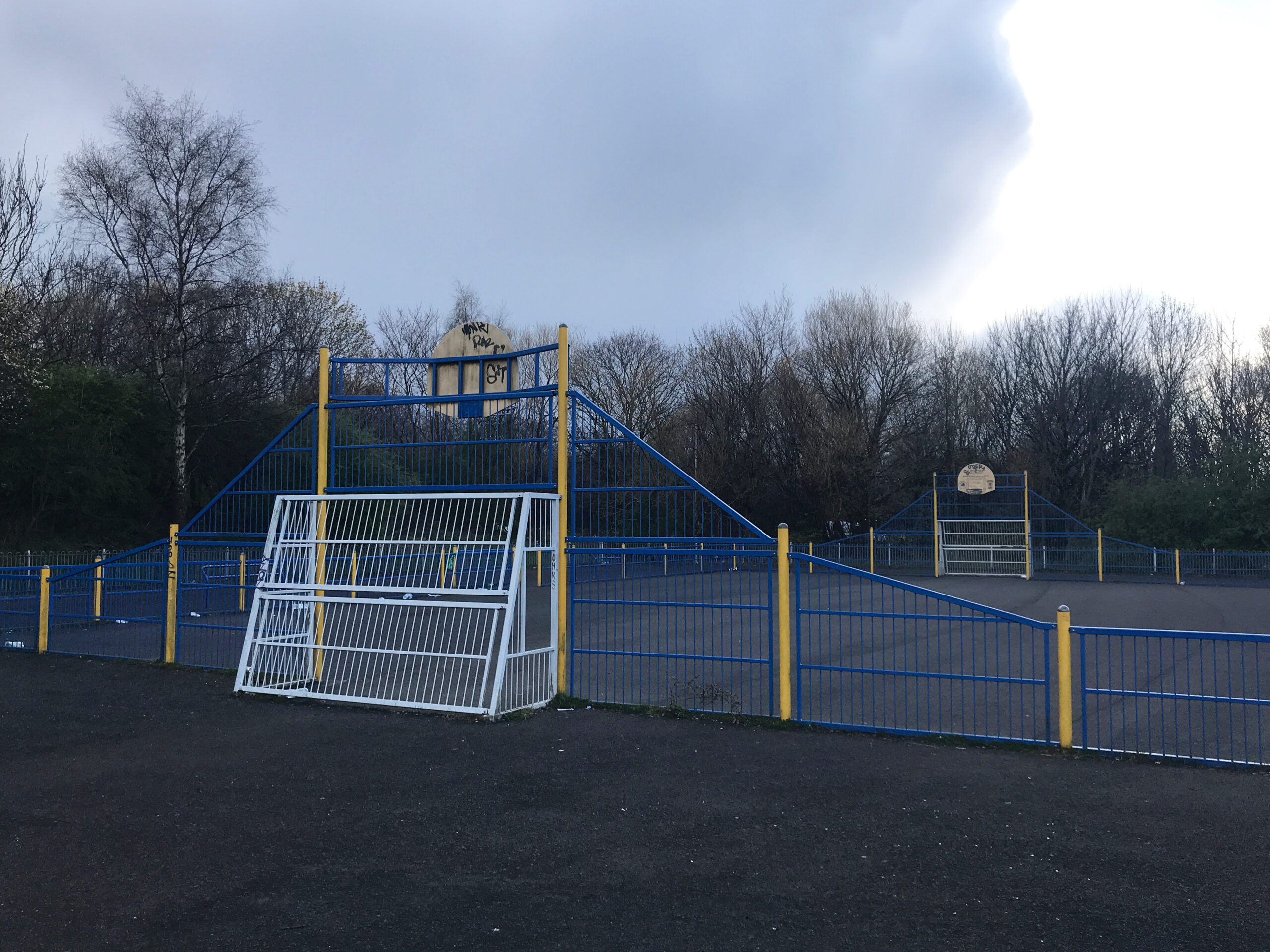 I photographed another playground for you today. To be honest, it’s not one I would take my boys to, mostly because there is hardly anything there, but I’m including the review here for completeness sake. It’s official name according to the sign is Gorgie/ Dalry Community Park, though Google maps just has it down as Dalry, and it’s sandwiched between West Approach Road and the Lidl car park on Dalry Road.

Given the size of space allocated to the large round play area, there’s really not much there – a roundabout, a balance beam, some kind of swing, and another piece of equipment I couldn’t quite figure out. In face, there’s more seating there than play equipment. The play area is surfaced with wood chips, and there’s a large circular grassy area adjacent to it, both of which are fenced in. Next to the play area, is a fenced in ball court with goals and basketball hoops.

Given the size of the play area, it’s a shame there hasn’t been more play equipment installed. There would easily be space to add a climbing frame and slide. It’s also a shame that there was a LOT of rubbish littering the whole of the community park. I think if you live in this area, it’s probably a good space to have nearby, especially if you perhaps don’t have your own garden to let the kids run around in – though between the play area and he ball court, the ball court is probably the more attractive out of the two. I think though that it’s definitely not a playground worth making a trip across town for.

How to get there: